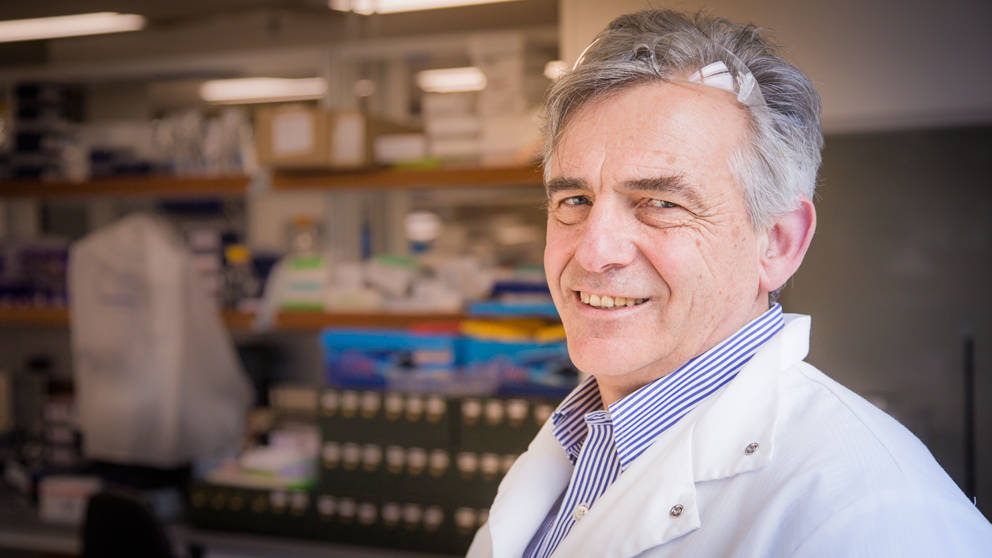 Professor Martin Pera, Ph.D., is combining his extraordinary expertise in human stem cell biology with powerful JAX platforms in order to bring about breakthroughs in reproductive therapies and regenerative medicine.

Pluripotent stem cells are specialized cells that can become any cell in the body or divide to produce more stem cells. For many consumers of science news, they're an overused buzzword or an unrealistic therapeutic Holy Grail. But for Martin Pera, Ph.D.The extrinsic regulation of self-renewal and lineage specification of human pluripotent stem cells. The genetic basis for individual variation in the response of the central nervous system to injury.Professor Martin Pera, Ph.D., stem cells from humans and mice are a familiar tool that could someday enable complete healing for many kinds of patients, in addition to providing invaluable insights into human development and disease.

Stem cells help us answer the question of where our complexity comes from, and offer an exciting future of regenerative therapies we never would have thought possible a mere few decades ago.

Pera has two primary research focuses: identifying the external factors that could allow us to control the development of stem cells into specific desired cell types, and understanding the genetic basis for individuals' different biological responses to injury in the central nervous system.

JAX is able to provide the best resources to support both areas of investigation, from cutting-edge expertise in reproductive biology to superior animal models in which researchers can manipulate and observe stem cells in action.

Uncovering the potential of pluripotency

Pera didn't start by studying stem cell biology. His doctoral training was primarily in pharmacology, with a focus on cisplatin – a drug that remains a go-to treatment for cancerous germ cell tumors. However, during their research, Pera and his coworkers found that cells from those tumors were able to develop into multiple adult cell types: in a word, pluripotent.

This initial analysis of pluripotent cells from germ cell tumors laid the groundwork for many more researchers to work with embryonic stem cells in the years to come. A particularly important application that Pera identified was that stem cells could provide scientists with a platform for accessing cell types, such as neurons in the central nervous system, that would otherwise be difficult to study.

"Martin is a founding father of the stem cell field," says Nadia Rosenthal, Ph.D., F.Med.SciInvestigates the role of genetic variation and the immune system in tissue repair, focusing on cardiovascular and skeletal muscle diseaseNadia Rosenthal, Ph.D., F.Med.Sci., professor and scientific director of mammalian genetics at JAX. Rosenthal's work focuses on regenerative medicine, specifically in heart tissue. Her lab's current research is complementary to Pera's parallel investigations, but neither would be possible without Pera's early contributions to the field that opened up so many possibilities.

"I've seen embryonic stem cells produce stark white bone, pulsing muscle, functioning intestinal tissue, and immune cells capable of being transplanted into mouse recipients, all of which represent only a small fraction of the power of stem cells," says Kevin Hayes, a postbaccalaureate intern in Pera's lab. "Stem cells help us answer the question of where our complexity comes from, and offer an exciting future of regenerative therapies we never would have thought possible a mere few decades ago."

"When Martin arrived at JAX, he announced that he was here to learn genetics," says Rosenthal. "He's learning while teaching, and his current work highlights stem cell genetic background and variation, a critical aspect of stem cell biology that has been virtually ignored in the field, and will invariably have important ramifications for therapeutic application."

In particular, Pera is investigating the genetic factors that influence how well an individual's central nervous system can recover from traumatic events such as brain injuries. Using stem cells in a dish to study this variation, Pera hopes to learn how to speed up repair and recovery processes even in individuals who would normally heal more slowly.

"A lot of people have focused on identifying developmental genes and associating them with syndromes. But the real question is, what can we do for patients with that knowledge?" Pera says.

"These genes have effects not just during embryonic development, but after birth and extending well into life, so there might be things we could do to correct some of the problems. We're using the cell culture system to try and understand some of the fundamental cellular processes that these developmental genes impact on and how we might modify some of that impact," he explains. Such modifications could include pharmacological interventions, gene therapy, or stem cell therapies.

Pera is particularly interested in applying the power of stem cell investigations to the problem of stroke recovery. For many years, researchers searched in vain for ways to change the damaged brain tissue left behind in the aftermath of a stroke. With stem cell research now brought to bear on the problem, Pera views the situation as much more hopeful. Eventually, stem cells could even make replacement neurons available for transplantation where necessary.

"People are starting to ask 'How can we fix that?' rather than just 'How can we modify the immediate damage?'" says Pera. "I think this is an area that's going to be tremendous."

Although Pera would have liked to bring some of his previous colleagues with him from Australia, he's ended up rebuilding his lab from scratch since starting at JAX.

"He's already been sought out as a mentor and collaborator by many of our young faculty at JAX, who are drawn to his laid-back style and razor-sharp intellect," says Rosenthal, who was also a colleague of Pera's during his previous research in Melbourne, Australia.

Kevin Hayes confirms her assertion. "Dr. Pera is a powerhouse of knowledge in one of the newest and most rapidly growing fields in biology, and he is very dedicated to creating a personalized environment where trainees and fellow researchers can learn and thrive," says Hayes. "He's also incredibly approachable and fun to talk with about all sorts of topics."

Pera's interests outside the lab are indeed wide-ranging, from Australian wildlife to his wife's landscape paintings. Since moving to Maine, he and his wife have also added two frisky Bengal cats to their family.

"For someone working every day with mice, it's still a well-kept secret that Martin's true passion is cats!" laughs Nadia Rosenthal.

Unlike some other labs that only focus on human stem cells, mice are crucial to Pera's investigations. Cells in a dish provide useful but limited models; performing experiments and making observations in whole organisms gives Pera's team a complete picture of the complex biological processes that affect the diseases and processes that interest them. Mice also provide a platform for testing out potential therapies and comparing data to the information gathered from human cells.

"What I see here at JAX is a great opportunity to combine the power of the human cellular systems in vitro for functional genomics with whole-organism biology in the mouse and using mouse genetics and bringing those two together," says Pera. "I think it's potentially a very powerful combination and there are really very few places in the world where I think you could do it as well as you can do it here."

Pera emphasizes that stem cell therapy is an entirely new approach that remains poorly understood. Even in the cases where it seems applicable, scientists don't yet know the best methods to deliver the cells and get them to integrate with the patient's existing tissue. Nevertheless, he and his team are enthusiastic and optimistic about the future of their research.

"Stem cells can help answer the question of where our complexity comes from, and offer an exciting future of regenerative therapies we would never have thought were possible decades ago," says Hayes. "Combine this fascinating topic with a team of people who are as enthusiastic about these things as I am, and who wouldn't be excited to go into lab every day and see what the next experiment brings?"