The future of human and experimental genetics 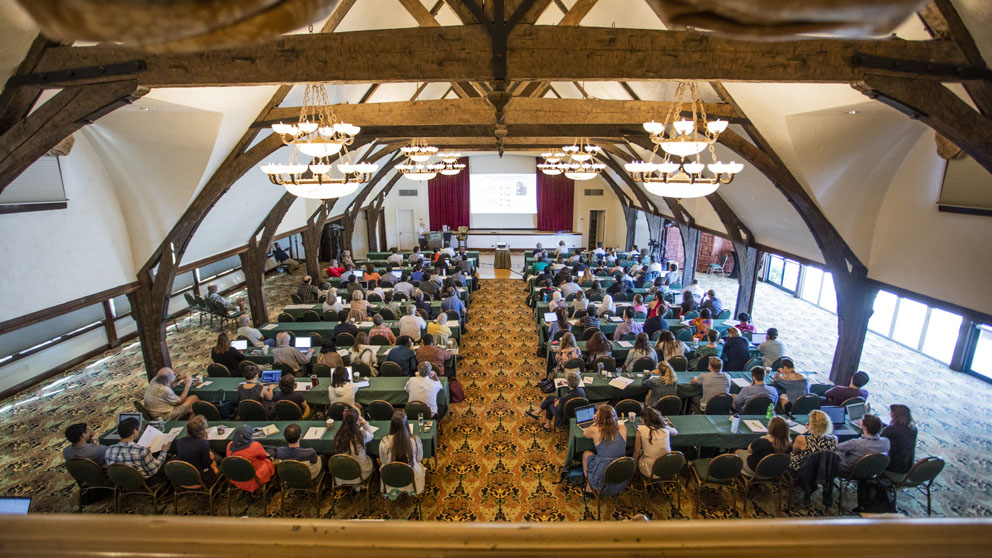 Six decades ago, the research world was still busy figuring out just how genetics worked. The double-helical structure of DNA had been determined in 1953. The actual genetic code—how the amino acids in proteins are determined by three base pair sequences of DNA (codons)—was still unknown, to be first described in 1961 and more fully characterized later in the decade.

Nonetheless, scientists were beginning to appreciate that heredity/genetics play a significant role in many diseases, even if they knew few of the underlying mechanisms at the time. JAX was at the forefront of such understanding, using mice to investigate cancer, immunological disorders, and more. And so it was that the scientists at JAX teamed up with the clinicians at Johns Hopkins to develop an annual deep dive into the mysteries of genetics and its potential clinical applications.

The resulting course, first held in 1960, just completed its 60th year. Now familiarly known as the McKusick Short Course in honor of one of the course founders, renowned Johns Hopkins physician, native of Maine, and “father of medical genetics” Victor McKusick, M.D., it gathers leading researchers and trainees for two weeks each summer at JAX’s Bar Harbor campus. The attendees are on the receiving end of a lot of science, with some lobster as an added bonus.

This year, science luminaries came to Maine for an additional special symposium that celebrated the course’s 60th anniversary. The symposium title, “The Future of Human and Experimental Genetics,” foreshadowed the theme of the talks. The vast amounts of knowledge gained over the decades, and the field’s acceleration particularly in recent years, is providing the foundation needed for clinical progress. The prospects for rapid improvements in medical care in the coming decade are bright.

The talks covered many aspects of genetics and genomics research, and their meaning for  the research and medical communities as well as society at large. The speakers addressed specific diseases (sickle-cell disease, fatty liver disease) and genomic mechanisms (telomere function), the use of sequences for clinical discovery (family-based genomics, the genetics of common diseases) and the associated ethical, legal and societal implications (the future of ELSI), and even insights into early human history (ancient DNA).

Genomics provides the ability to target previously unknown pathways for therapy—multiple clinical trials were mentioned during the day—as well as to peer into the very fabric of who we are as humans. The growing capabilities in the field promise great benefits, but they also carry some ethical problems and outright dangers, such as the reality of germline genetic engineering and the current lack of diversity in the major genomic databases. It is therefore imperative to proceed with speed and optimism but also consideration and care.

The root cause of sickle-cell disease, a single amino acid change in hemoglobin, has been known for more than 60 years. Unfortunately, a good therapy has yet to be developed, as the ones used now only address the downstream consequences, not the actual disease mechanism. Stuart Orkin presented research into a therapy that would eliminate sickle-cell and other hemoglobin diseases by reactivating fetal hemoglobin production. The transition from fetal to adult hemoglobin occurs in early infancy, after which sickle disease manifests. If there were a way to “switch” back to the fully functional fetal hemoglobin, the disease could be arrested. Researchers have identified a gene, BCL11A, involved with the switching mechanism, and knocking out the gene in animal models restores function and ameliorates disease. Clinical trials to knock down BCL11A in sickle cell patients are in their early stages, but the results have been very promising thus far.

James Lupski and the Baylor Center for Mendelian Genetics have been at the forefront of clinical genomics since 2012, when the NIH launched an exome-based rare disease diagnostic program. Despite its years of operation, the Center’s current work illustrates how new the field actually is. Its exome sequencing and analysis pipeline yields more than 250 novel disease genes a year, an average of one per 28 exomes, and reanalysis of “older” exome sequences yields a substantial additional diagnostic yield. In terms of his own lab’s research, Dr. Lupski is an expert on structural variants (SVs), and he has made vital discoveries regarding SV mutagenesis mechanisms and their phenotypic consequences. SVs are increasingly recognized as a significant contributor to both genetic variation and disease in humans, with implications for complex conditions such as metabolic syndrome, cognitive phenotypes and mental disorders, and more.

Telomeres are specialized structures that protect and maintain the ends of chromosomes, and they in turn are maintained with the help of an enzyme, telomerase. The work that described telomere structure and telomerase function led to the Nobel Prize, and one of the recipients, Carol Greider, presented the latest in telomere research and its implications for healthcare and the consumer market. Each cell division leads to a loss of telomere length, and telomerase is necessary for normal tissue renewal, but too much activity can increase risk for uncontrolled cell division and cancer. On the other hand, cells die or become senescent if telomeres get too short, so there is intense scrutiny into the role of telomerase function in normal aging and some diseases. Some entrepreneurs have taken note, and Dr. Greider showed some of the many products on the market claiming to assess or promote “telomere health,” claims that, at this time at least, have no basis in science.

Lipids in our bloodstream, such as cholesterol and triglyceride, are essential for many biological processes. When there is too much of them and/or they are in the wrong place, however, they cause disease, as modern diets and lifestyles have spotlighted. Helen Hobbs discussed one such disease, nonalcoholic fatty liver disease, in the context of the Dallas Heart Study, a sizable (N = 3,557) multiethnic genetic discovery project investigating heart function and disease. The long-term, detailed phenotyping undertaken by the study allowed researchers to track hepatic steatosis (high liver triglyceride levels), its incidence in different ethnic groups and to find a variant in a gene, PNPLA3, associated with the disease. Working with mouse models with the PNPLA3 variant, researchers found that regular chow had no effect, but a high sucrose diet led to an increase in liver triglyceride levels. The findings provide a potential target for inhibition in human hepatic steatosis patients.

deCODE Genetics undertook one of the first large-scale sequencing projects involving a specific isolated population: citizens of Iceland. deCODE founder and CEO Kari Stefansson presented on the important findings gained, from population origins—the data show that Iceland was settled by mostly Viking men (based on Y chromosome variants) and Irish women (based on mitochondrial DNA)—to disease-related genetic variants. Findings include indications that de novo disease variants may be more clinically relevant than originally thought and that polygenic risk scores maybe highly predictive for complex traits such as creativity. Sequencing is also changing how we think about some diseases. An example is atrial fibrillation, long thought to be primarily associated with variation in ion channel genes. Recent population-level analyses have shown that variants influencing asymmetrical development and atrial structure underlie atrial pathology, however. 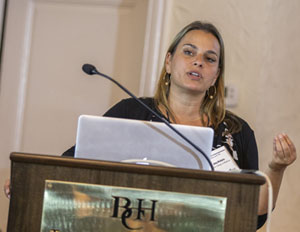 The use of genomics in society and medicine raises myriad ethical, legal, and societal issues (ELSI). There are concerns about designer babies, equitable access to the latest care, how to return genomic testing results to patients, data security and privacy, and much more. Amy McGuire discussed the clinical equation of diagnostic yield versus possible harm in the context of genomics, and the early data indicate that the benefits do outweigh the risks. Even the BabySeq study, which had initially had difficulty recruiting parents, found no overt problems based on the receipt of “too much” information. But progress in the field depends on developing trust and respect between the parties involved, based on reliable, equitable, transparent and secure data acquisition and access. Outside of medicine, DTC testing has already raised many intra-family issues, and the recent forensic use of genetic data highlights both its power and potential danger.

Ancient DNA and the new science of the human past
David Reich, Ph.D., Harvard Medical School

The ability to extract and sequence genetic material from ancient bones is a recent phenomenon. The number of ancient genome sequences generated has grown from 14 in 2013 to more than 9,000 last year, and it has had a huge impact on investigations into the human past. Given that the DNA is derived from ancestors going back many generations, it’s possible for researchers to assess ancestry accurately from a sequence. According to David Reich, the ancient DNA field in recent years has yielded multiple surprises and overturned many earlier theories. For example, work by Reich and others has shown that when modern humans “exploded” out of Africa around 70,000 years ago, they interbred with other hominid populations. And there have been other unexpected findings, including a girl who turned out to have a Neanderthal mother and Denisovan father. The take home is that we are all mixed, a product of a past that Reich characterized as profoundly surprising.