Interview: Checking in on Genomics England 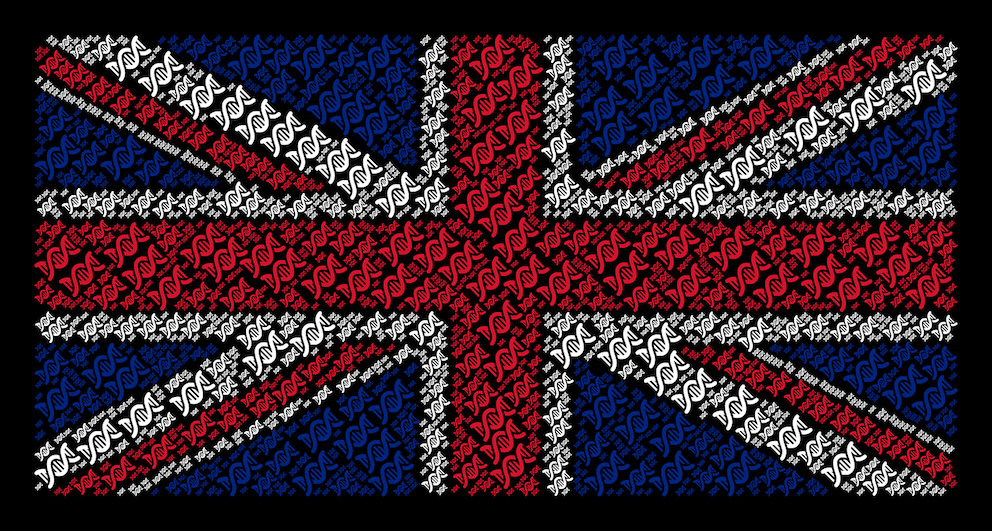 Sir Mark Caulfield, F.Med.Sci., trained as a clinical pharmacologist. His research has focused on the discovery of genes related to cardiovascular function, cancer, and rare diseases. In 2002 he was appointed Director of the William Harvey Research Institute at Queen Mary University of London. In 2008 he became Director of the National Institute for Health Research (NIHR) Barts Biomedical Research Centre, a translational research center with a focus on cardiovascular disease, also affiliated with Queen Mary University of London.

In 2013, Sir Mark was named an NIHR Senior Investigator and Chief Scientist for Genomics England. He has led the scientific strategy for the 100,000 Genomes Project since, which has brought whole genome sequencing to the UK National Health Service, with an initial focus on rare disease and cancer patients. He was named interim Chief Executive of Genomics England in January 2019.

Sir Mark presented on the progress of Genomics England and its future plans at the 2019 HUGO Conference in Seoul. HUGO had a chance to catch up with him to discuss the data from his talk as well as other aspects of the program. (In 2019, shortly after we spoke, Sir Mark received his knighthood in the Queen’s Birthday Honours List. He was honored for his significant contributions to medical progress in the UK through the 100,000 Genomes Project.)

Mark Wanner, for HUGO: Where did the initial idea for Genomics England come from?

Mark Caulfield: The concept of the 100,000 Genomes Project arose from the London 2012 Olympics. At that event, the then prime minister, David Cameron, gathered scientific leaders across a range of areas, including genomics. They advised him that the moment was ripe for a free-at-the-point-of-care health system to consider adopting whole genome sequencing to transform the application of genomic medicine in health care. So, the project was born in an unconventional way from the London 2012 Olympics, and, if you like, it's a legacy of the Olympics.

But then, Genomics England was formed as a company, wholly owned by the Department of Health. It's set up as a company to move with agility and pace, but it's essentially owned by the United Kingdom taxpayer. It was set up to get the project done quickly, and the 100,000 Genomes Project was focused on rare disease, cancer and infection. So, the goals were to make diagnoses in rare disease; potentially implement precision medicine in cancer; and understand diagnoses of tuberculosis and TB and be able then to profile the resistance of the organism in the subsequent 24 hours. We commenced the program in 2013.

HUGO: When making the decision between exome and genome sequencing, why did you go for the whole genome?

MC: That was made as a result of the meeting at the London Olympics. So, before I became involved in the program, the decision had been taken effectively by the prime minister that it was whole genome sequencing and that it was 100,000 genomes. Really, it was initially a political decision based on the vision of the value of whole genomes.

HUGO: Interesting. And with the benefit of hindsight—obviously the whole exome versus whole genome has been quite hotly debated for years—do you think it's been advantageous for this project to do whole genomes?

MC: I do think it is worthwhile. You need to see the concept of the whole genome in direct healthcare, here in rare disease, as being applied to people who had no diagnosis from routine NHS care. And so in reality we're achieving a new diagnosis for 1 in 4 or 1 in 5 patients. It allows us to report on short tandem repeats and on smaller copy number variants in rare disease. We have also found deep intronic mutations, which we wouldn't have found with exome sequencing. In cancer we can identify tumour mutational signatures and structural variants.

I also think that the exome/genome argument will disappear. It's merely a matter of time before the price point of a whole genome will intersect with that of an exome, and at that point, nobody will really do exomes, or panels, to be honest. And so we feel in the United Kingdom, we want to give people who couldn't get answers the best prospect of an answer, and if the technology enables it, why would you measure one percent of the genome when you can look at about 98 percent of it?

HUGO: How was the project structured within the National Health Service?

MC: An important element of the infrastructure are the new Genomic Medicine Centers that we have in the National Health Service, which essentially are a coalition of intellects who work on rare disease, cancer and sometimes infection, and who wanted to engage and form a collaborative to deliver the project. We were able to set up 13 Genomic Medicine Centers that gave regional access to 55 million people. The centers are the engine of enrollment and engagement, and they own the relationship with the patient. So, they manage the results, they decide what's reported back to the patient for both rare disease and cancer. They provide a focus of enabled human capacity in our health system to deliver this in the future for the benefit of patients.

HUGO: Where does the 100,000 Genomes Project stand today?

MC: We've enrolled 97,000 people, and we've sent 73,000 analyses back to the National Health Service, the majority of which are in rare disease. We produce about 700 analyses a week. At peak, we were sequencing about 6,000 whole genomes a month, and between the 7th of February 2018 and the 2nd of December 2018, we sequenced 52,000 whole genomes. We're achieving 20-25 percent diagnostic yield, and in cancer we're seeing features in the genome of the tumor itself that allow us to potentially see a route to a therapy or a clinical trial in about 50 percent of people. So this can be done at scale, and what we've demonstrated is that not only can you gain diagnoses in the health system, but you actually also have the opportunity to make completely new insights into the pathology of disease.

HUGO: So in your experience, whole genome sequencing is beneficial to patients and is feasible, including financially, at large scale in a clinical setting. Are you finding that there can be cost benefits as well?

MC: In my talk I showed a case where a child had been 151 times to the hospital before her fourth birthday, and at least 20 percent of those attendances were about going to multiple specialists because there was no diagnosis. So, as a result of the project, we reckoned that if she'd had her genome sequenced earlier, she could have avoided 20 percent of those attendances. And that would have released a significant amount of money: £36,000. You can buy a number of genomes for that. So, it's not that you necessarily save money, but you get to re-deploy money.

If you pivot this to the NICU, the Neonatal Intensive Care Unit, then the releases of cash are potentially much greater. What if we could get a diagnosis very early in the trajectory and then profile their care pathway? That might be to a treatment that avoids harm, or recovers a position, or it might even sadly be to palliative care.  So, I think this technology offers, in that setting, the ability to benefit patients by avoiding harm or reducing disability in some cases, and the ability to release considerable sums of money for other patients and healthcare efforts for others. To us, this is the right moment to do this, even though we can see that there will be further price point falls in the technology.

HUGO: You have a 20-25 percent yield in the rare disease and 50 percent referral for cancer for clinical trial or for targeted therapy. How can you potentially increase those yields as you move forward?

I also think that the analytics are improving. In addition to new diagnoses there will be opportunities to re-analyze those rare disease patients with no diagnosis to date. My personal perspective on this is that the genome sequence exists, it's almost a gift, and if it hasn't given insight the first time around, you keep going until it does. I think you assume a duty of care when you're in my position to do the best by the participants, and I think they expect us to continually look for diagnoses, and we will try and do that.

HUGO: What does the future hold?

MC: We have a new challenge, which is the aspiration of our politicians to go to five million genome analyses. So, that is obviously another order of scale up. To this point we've identified one million of those genomes, 500,000 come from UK biobank, 500,000 come from direct healthcare, and they're funded, so one million are effectively taken care of. The rest will need to come from other sources, including maybe 1.5 million from routine NHS testing.

We want to bring opportunities for rare disease trials to the UK. Another focus will be cancer clinical trials, and we will look also at pharmacogenomics—can we spot a proportion of drugs that just don't work and see what we can do in that area? Finally, we’re looking at newborn screening. There have been challenges with enrollment in earlier studies, but let’s be candid, there were important findings that could have implications for people. The evidence shows that you could get to 1 in 286 people in childhood who would avoid harm or where we would even be able to reduce disability. So, 1 in 286, that starts to have a reasonable value proposition. If you then consider adding things like familial high cholesterol, hemochromatosis, adult presenting disorders, you get to 1 in 55. It’s a major quality of life issue. Instead of waiting until you're ill and then trying to repair things, you can actually stop things before they've developed, or at least arrest them at an early stage.