The power of genetically diverse mice in complex disease research 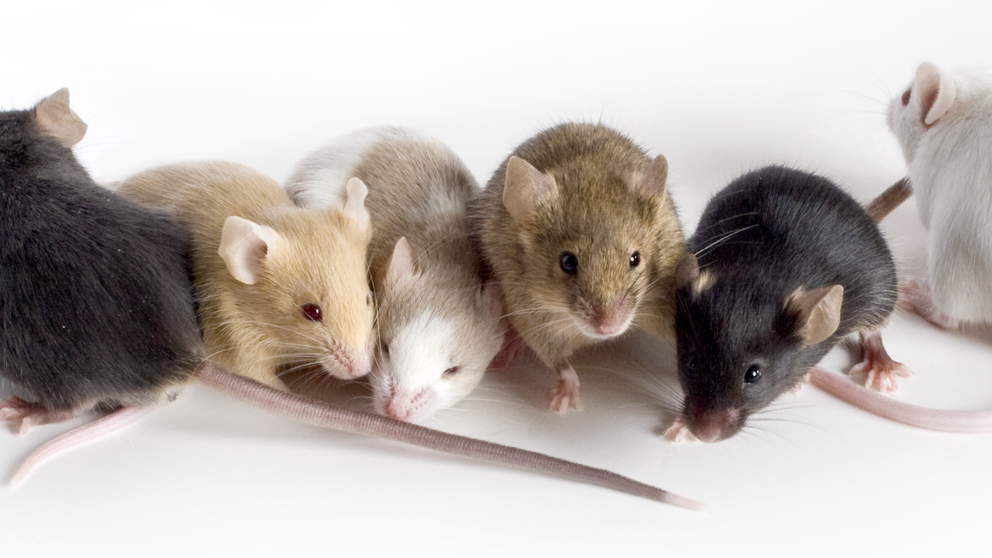 Laboratory mice have been at the center of biomedical research for almost a century. Research with inbred mouse strains—that is, mice inbred for generations until their genetics are identical, or as nearly so as possible—has yielded countless biological discoveries and led to significant medical progress.

Nonetheless, inbred mouse strains have limitations, and findings in them often don’t translate well to humans or for clinical applications. For this reason, researchers are increasingly focusing on mouse populations with high genetic diversity. A recent review in Trends in Genetics, “High-Diversity Mouse Populations for Complex Traits,” from a team led by Elissa Chesler, Ph.D.Researches the genetics underlying behavior and identifies the biological basis for relationships among behavioral traits.JAX Professor Elissa Chesler, Ph.D., and Research Scientist Michael Saul, Ph.D., provides a thorough overview of the characteristics and advantages of these advanced resources.

JAX Genetic Diversity Initiative (GeDI)The JAX Genetic Diversity Initiative is a strategic effort to increase the awareness and availability of diversity mouse populations and associated tools across the research community. These populations are powering a revolution in model organism research that will enable major advancements in the understanding of complex genetic traits. genetic-diversity-initiative

Genetic diversity is particularly important when it comes to complex diseases such as Alzheimer’s disease, diabetes, cancer and more. Research with one mouse strain is analogous to research in one human—what you discover is important within that context, but it may not apply to other strains (or people). When you look at diseases that involve many genes and gene-behavior-environment components, it’s highly likely that there will be a large amount of variability between individuals. When investigated within diverse mouse populations, traits show a range similar to those observed in human populations, and they can be genetically mapped with high precision.

In the review, Chesler and colleagues focus on two reference populations based on the same eight founder strains. Initially, the founder strains, which include five common laboratory and three wild-derived strains, were selected to establish the Collaborative Cross (CC), a panel of high diversity recombinant inbred strains. Three international breeding sites began the work to produce hundreds of strains that maximized genetic diversity across strain panels. While infertility and other issues led to a high rate of attrition, approximately 50 CC strains are available today that capture a cross-section of founder contributions. The strains are highly useful for trait correlation studies, as phenotypes from a CC panel can be compared across experiments and laboratories.

The other population, Diversity Outbred (DO), is bred to produce individual mice whose genetics derive equally from the eight founder strains but in a random configuration. The result is more genetic diversity within a reasonable population size than is observed across the human population, with detectable genetic variation in every gene and pathway. DO mice have profound trait differences between individual mice, providing a powerful genetic mapping platform to identify associations between the traits and specific genomic regions. Although progress with research methods has only recently made work with DO mouse populations readily feasible, DO studies have already successfully mapped complex traits related to cardiovascular function, addiction, metabolic syndrome, cancer, behavior and more.

Moving forward, biomedical researchers will have access to research capabilities that enable them to explore biology, function and disease at a previously unobtainable level of detail. Translating discoveries to humans and leveraging them for therapeutic development will remain difficult, however, and modeling genetic diversity is essential. The CC, DO and founder mice as well as associated analysis tools will greatly improve mouse-based research into complex traits and disease and complement human genetic analyses. As the authors conclude, “These diversity mice can be used to dissect complex traits at multiple levels by establishing heritability, identifying coregulation with other traits, finding interesting model strains, and making mechanistic genetic insights. These mouse population and data analysis tools advance the mouse as a versatile platform for the discovery of the biological mechanisms of disease.”