What's new in cancer research? (beyond immunotherapy, that is) 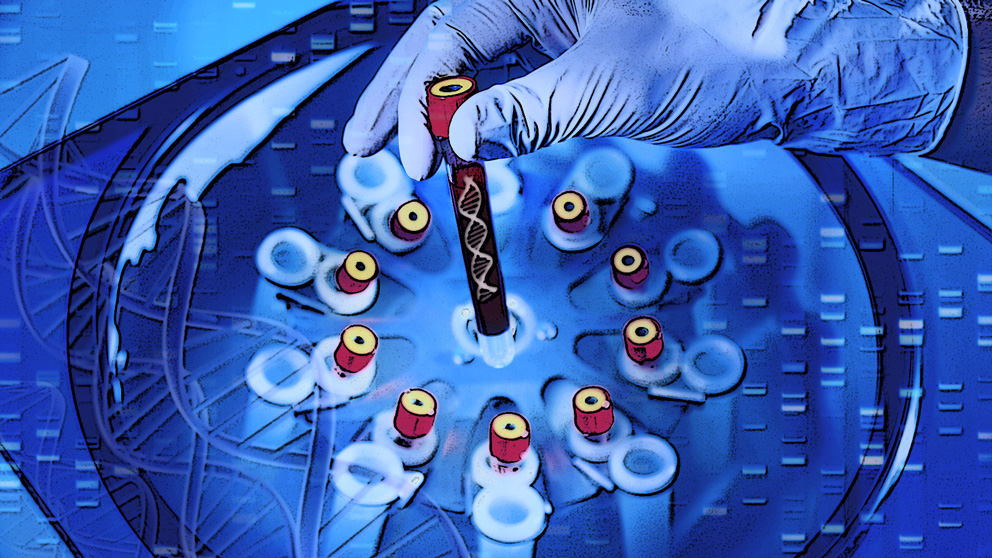 Several years ago, it seemed as though every other biomedical research finding implicated inflammation in diseases of all kinds—cancer, neurodegeneration, metabolic disorders and so on. More is definitely not better for immune activity, as too strong a short-term response can damage tissues and lead to dangerous systemic reactions (e.g., high fever). Also, as researchers were observing, a prolonged low-level inflammatory response can have significant consequences over time.

Work in this area proceeds, but the inflammation headline overload has eased. Now, however, there’s a kind of déjà vu around immunology, this time in a specific cancer context. The ability to harness the immune response to fight cancer has taken the cancer research world by storm. Over the past four years, oncoimmunology has gone from a sideline  Oncoimmunology and the next steps forward for cancer immunotherapyOne of the most exciting fields in all of biomedical research right now is oncoimmunology. The premise is simple: Get a cancer patient’s immune system to recognize cancer cells as foreign, as they do a virus or bacterium, and mount a response to kill them. with very intriguing possibilities to the object of a large proportion of current cancer research focus. Indeed, at the recent American Association of Cancer Researchers meeting, discussion of immune system function and immunotherapy strategies predominated.

The field is extremely exciting, yet still somewhat mysterious, as researchers grapple with fine-tuning patient response. There have been serious problems with provoking too much immune activity, with sometimes fatal results, and unexpectedly low response rates in some patient groups. Nonetheless, the challenges ahead are not intractable, and it’s highly likely that the number of patients who are able to manage or even eradicate their cancers through tweaks to their own immune defense mechanisms will grow rapidly.

Better prognoses for cancer patients don’t depend entirely on immune checkpoint blockades and re-engineered T cells, however, and it’s interesting to explore other areas that promise to improve patient outcomes. One such area is liquid biopsies, which hold the potential to detect, characterize and monitor cancer via a simple blood draw rather than an expensive, invasive biopsy of the tumor itself. Tumors shed both whole cells and cell-free DNA into the blood stream, where they can be isolated and analyzed. Finding the true signal in the noise—tumor DNA fragments and cells are relatively scarce compared those from normal cells and tissues—is extremely difficult, however.

A relatively new strategy is showing additional promise. In addition to DNA, both normal cells and tumor cells also shed extracellular vesicles, membrane-enclosed spheres that contain messenger RNA, microRNA and proteins. Researchers have been able to isolate tumor-derived vesicles, allowing analysis of the cancer-specific molecules without high levels of normal cell materials complicating the analyses. The properties of the cancer vesicle contents have hallmarks that make them promising biomarkers for detecting and characterizing different forms of cancer.

To date, the clinical utility of liquid biopsies has been largely limited to the monitoring of known cancers rather than detecting early-stage disease. The field is progressing rapidly, however, and significant resources are being allocated to it. (Indeed, one company has been successful in raising more than $1B in funding.) Perhaps as a result, many in the field are optimistic that liquid biopsies will soon become routine and transform patient care, even though the development of validated tests for widespread clinical use still faces many hurdles.

Finally, while genomic sequencing of tumors has become nearly ubiquitous in research, investigations are going beyond the sequence itself. Epigenetics—loosely defined as compounds and functions that change gene expression but don’t affect the genetic sequence—can also play important roles in cancer. There is a complex interplay between the gene sequences themselves and the regulatory sequences, usually in non-coding regions, that help determine if, when and how much a particular gene is expressed. The addition and deletion of chemical compounds, such as methyl groups, to regulatory DNA sequences affect these functions. So even if a gene has the correct sequence and produces functional proteins, disruption of its regulation can still have implications for cancer, such as when a tumor promoter gene is overexpressed or a tumor suppressor gene is shut down.

Epigenetics can be particularly important in cancer treatment because tumor cells can acquire therapy resistance via chemical changes on the DNA, not sequence changes in the DNA. Changing the ability of the cells to add or delete chemical compounds groups such as methyl groups, one of the most common epigenetic “marks,” as they are called, offers a promising avenue for preventing recurrence. Another recent idea is that epigenetic signatures differ between some cancers, and that may help determine The Li LabAssessing the performance of next-generation sequencing techniques in accurate genome/epigenome/transcriptome profiling and understanding the clinical and functional role of epigenome heterogeneity in the cancer evolution. how they evolve and, more important clinically, what therapies might be most effective in their treatment.

There are, of course, many more innovative ideas regarding how to use our new research capabilities to investigate cancer and target its mechanisms for growth and evolution. These include  Cancer research: Beyond the Petri dishThe latest developments in cancer research and their translation to oncology practice offer truly exciting potential for better therapies in the near future. improving experimental platforms as well as biological knowledge. And while it seems like new exploration often uncovers new complexity rather than easy answers, there is an optimism regarding progress that differs from even the recent past. The unknowns of cancer are still vast, but the ability to learn more is growing at a rapid pace. Effective preventions, more targeted and less toxic therapies, and (can we say it?) even cures are transitioning from distant goals to real possibilities. Immunotherapies are an important part of the optimism, but it goes well beyond them, with a number of exciting projects providing real hope for patients today and even more for those in the near future.