Understanding our inheritance: An interview with Carl Zimmer 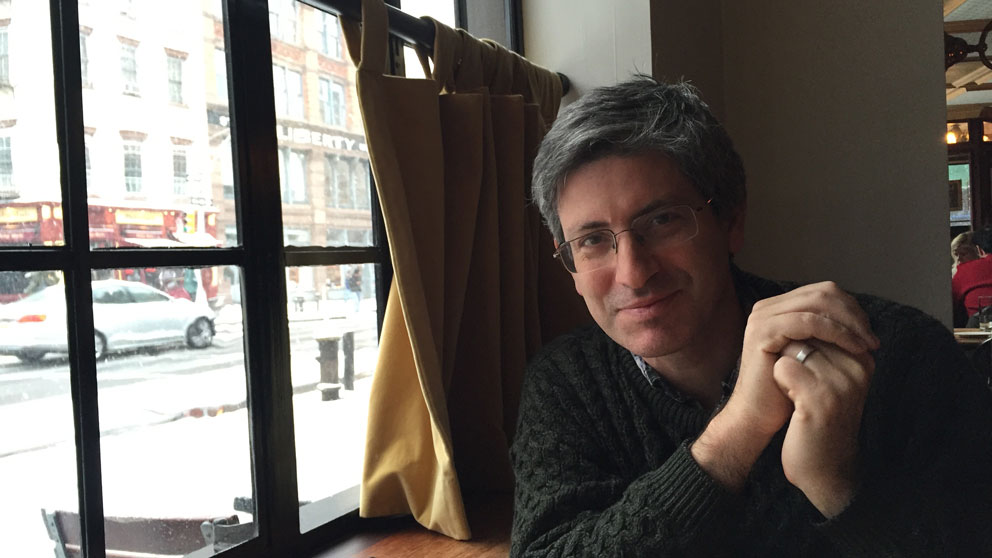 When we think about evolution, we often limit ourselves to oversimplifications of concepts like natural selection. We picture fish crawling determinedly out of the ocean and monkeys descending from trees to walk upright. In reality, evolution is a long, meandering process full of randomness. Furthermore, it turns out that evolutionary changes in genes aren’t the only important things we can inherit from our ancestors.

To find out more about the complexities of this non-financial inheritance, JAX spoke with author and New York Times columnist Carl Zimmer, who frequently writes about genetics and evolution. His new book, She Has Her Mother’s Laugh, tackles the vast concept of heredity — everything that living organisms pass on to future generations, and the means by which they do so.

How would you define evolution in just one sentence?

Evolution is the change in DNA that happens over many generations thanks to natural selection and other kinds of mechanisms.

What do you think is the biggest or most common misconception about evolution?

The one that I most often come across is the idea that a species will evolve something because it needs it or because there is some goal in mind. People will say "fish evolved legs in order to come on land,” as if they woke up one morning and thought, "How am I going to get on land? I know! I'll make some legs." Evolution just happens as a generation-by-generation process. It's based on mutations which are basically random and don't have any connection to anything that they might be used for in the future.

What’s the link between heredity and evolution?

Heredity is an essential ingredient to evolution. In order for a mutation to matter in the long term, it has to get passed down to future generations in a reliable way. There are some forms of heredity that may not have anything to do with evolution, but you can't have evolution without heredity.

What can we learn from different kinds of research on heredity and genetics – for example, from studies in mice or fruit flies vs. human studies?

All of the really fundamental insights into human heredity got their start when scientists looked at other species — like mice or fruit flies — for the simple reason that we don't run experiments on people. Now we're at the point where scientists are studying people and their genes on an amazingly high level. You'll see a study of a million people or more, and there's incredible power in those studies. They uncover the genes with links to diseases or important traits, but we're still never going to stop needing those other species to help us learn new things. If you find a gene that seems to be important, you're going to need to engineer that gene into a fly or some other organism and then really look carefully to see how it's working as opposed to other variations of that gene. We're going to always need mice and flies.

What do you think are the roles of non-genetic factors in heredity or evolution?

In my book, I show that the microbiome is unquestionably an important part of heredity for a lot of species, although whether it’s important for human heredity is up for debate. I think for humans, culture is incredibly important. We inherit genes which, among other things, make it possible for us to develop big powerful brains, but we also inherit all sorts of knowledge, beliefs, languages, and customs. We can then build on the culture that came before us. We really depend on that for survival. In the book, I argue that everything throughout human history depends on this form of heredity, from the rise of agriculture to the industrial revolution.

What evolutionary discovery that happened during your lifetime do you think is especially significant?

The ability to get ancient DNA out of fossils has been a revolution that I didn't really see coming. Now we can get genomes of Neanderthals and other vanished peoples out of bones that are seventy or eighty thousand years old. I think that’s pretty incredible. They're telling us things that we couldn't ever predict.

What’s one thing you hope researchers come to understand in your lifetime?

I think it may be possible to get a pretty good handle on how life began. There have been so many exciting strides forward in different fields — from chemistry to physics to geology — and it all tends to be coming together in very interesting ways. There's a lot of work still left to do, but I'm feeling more optimistic. I used to think that it was something we could never know, but now I think we might.