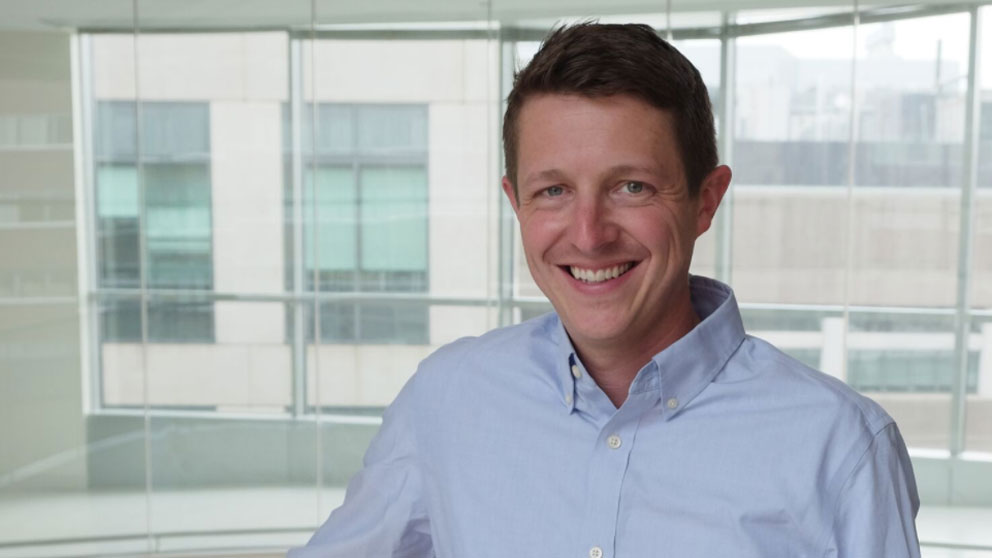 Ryan Tewhey develops new molecular tools to explore the areas of the genome involved in regulation — turning genes on and off. Tewhey has joined The Jackson Laboratory (JAX) faculty as an assistant professor, where he plans to explore those regulatory variants and how they impact health.

Tewhey just completed a postdoctoral fellowship at Harvard University and the Broad Institute in Cambridge, Mass., where he led a team that improved a technique to precisely “barcode” minute fragments of DNA in order to track their role in contributing to diseases.

By enhancing the technique, called the “massively parallel reporter assay” or MPRA, Tewhey and his colleagues in the laboratory of Professor Pardis Sabeti could scan thousands of DNA variations to identify hundreds that affect gene regulation.

“Now that we have compiled rich catalogs of variants associated with disease,” Tewhey says, “the next step is to interpret their function and use them to build new mouse models to recapitulate complex diseases such as autoimmune and cardiovascular disorders.” Such models have never before been possible, he says, “because until now we haven’t understood the genetic underpinning for this level of complexity.”

And JAX, he says, “is the premier place in the world to do that. I want to situate myself in an environment where I can make the most progress in the shortest amount of time, and be in a community that has the expertise to get that done.”

For Tewhey, a bonus of coming to JAX in Bar Harbor, Maine, is returning to his native state. He grew up in Gorham, Maine, interested in all kinds of science, but by the time he entered the University of Maine’s flagship campus in Orono, he had decided on biology because it was “the most hands-on” of the sciences. After graduating with a double major in molecular and cellular biology and biochemistry, he held research positions at the Broad Institute, The Scripps Research Institute, Harvard University and the Genome Institute of Singapore.

He earned his Ph.D. in biological sciences at the University of California, San Diego, while conducting research in the laboratory of Nicholas J. Schork, Ph.D., at The Scripps Research Institute in La Jolla. He then returned to New England in 2012 starting a joint Harvard-Broad postdoctoral fellowship funded by the National Institutes of Health. He is a coauthor of 26 peer-reviewed research publications.

“Through the development of novel technologies that decipher genetic regulatory grammar,” Tewhey states, “my lab will work to identify specific mechanisms contributing to human health. These capabilities will bring literacy to the field of genetics and expand our understanding of how noncoding regions govern gene regulation, while providing new molecular tools to benefit my colleagues, the larger research community and society as a whole.”