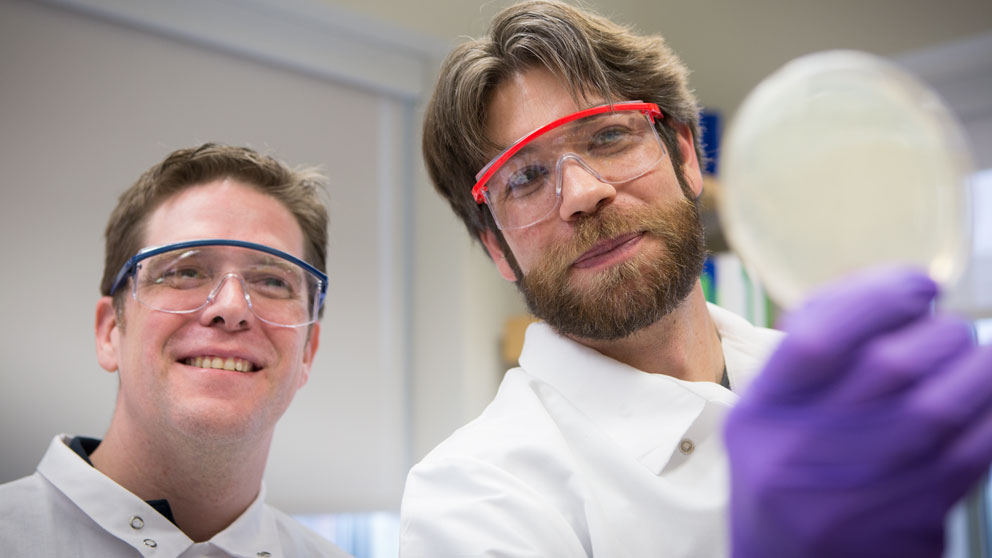 Nearly one percent of babies born each year are affected by congenital heart disease (CHD). Until now, members of the scientific and medical communities had a limited understanding of the genetic factors behind CHD. Hereditary risk indicated genetic causes, and the disease’s sporadic occurrence suggested that the genetics were complex, but the combined role of multiple gene variants in CHD are largely unknown.

JAX Assistant Research Scientist Kevin Peterson, Ph.D., and Senior Research Scientist Steve Murray, Ph.D., contributed to a study that described the first known animal models of hypoplastic left heart syndrome (HLHS), a severe CHD in which the left ventricle of the heart develops improperly. The study, published in Nature Genetics, was led by Cecilia Lo, Ph.D., of the University of Pittsburgh School of Medicine.

The UPitt team employed a forward genetic strategy to screen for new gene mutations that could give rise to phenotypes in mice resembling the clinical presentation of HLHS. Sequencing revealed that the eight strains of mice with HLHS did not share any of their 330 mutations, showing that the disease is both multigenic and heterogeneous. The team also identified two new mutations not previously associated with CHD, and JAX researchers used CRISPR-Cas9 gene editing to confirm that those mutations combine to cause HLHS. The high efficiency of CRISPR-Cas9 allowed the team to rapidly model the phenotype directly in embryos, a novel approach that circumvents the typically time-consuming breeding required for multigene modeling. Characterization of the new mutations provided support to the hypothesis that epigenetics – modification of DNA that impacts gene expression – may be involved in regulating development in CHD. The success of the study was an important demonstration of mouse forward genetics' usefulness for investigating complex genetic problems.

The results of this study may have important therapeutic implications for HLHS. Examining the range of mutations identified in mouse models provides insight into the biological pathways that are affected, which can allow for more targeted treatments. The identification of the two new mutations suggests that HLHS is not merely a valve disease, as was previously thought, potentially changing certain approaches to treatment and disease management. The researchers also expect this study to have broad applicability to future studies of CHD and a wide variety of other complex genetic diseases.