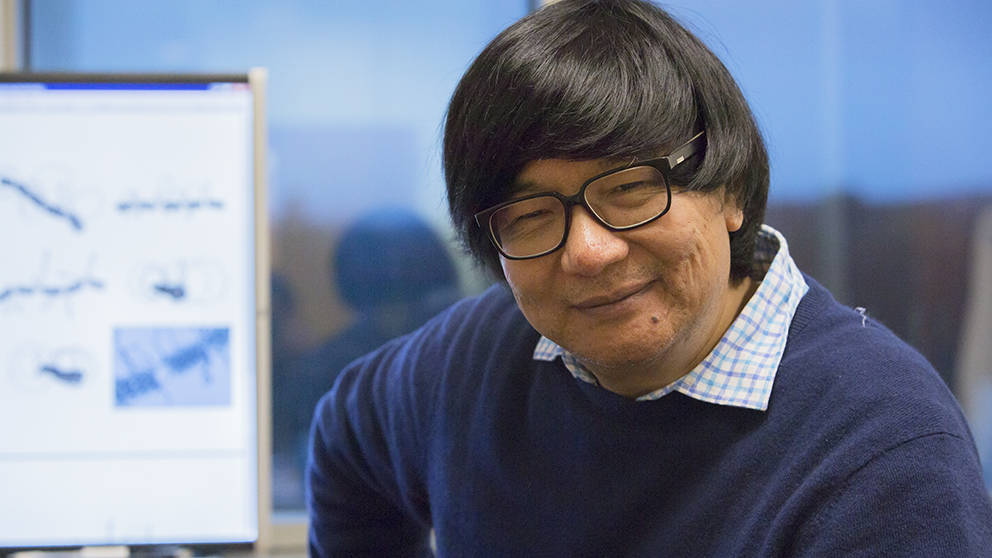 The National Human Genome Research Institute (NHGRI) has awarded a grant totaling $6,727,904 over four years to Jackson Laboratory (JAX) Professor Yijun Ruan to launch a center for the three-dimensional (3-D) mapping of the human and mouse genomes.

The funding is part of a major initiative to expand the NHGRI’s Encyclopedia of DNA Elements (ENCODE) Project, a fundamental genomics resource used by many scientists to study human health and disease.

ENCODE was launched in 2003, shortly after the sequencing of the human genome. “The biggest challenge at that time was how to read the genome, how to understand the language of the book of life. The initial goal of ENCODE was to annotate every single nucleotide in the human genome, but linear annotation is not enough to understand how the genome is organized and how it functions,” says Ruan. “This new ENCODE mapping center will focus on uncovering the mystery of the 3-D organization and function of the human and mouse genome.”

Ruan is the pioneer of an advanced genome technology known as ChIA-PET (for chromatin interaction analysis by paired-end tag) sequencing, to understand the 3-D structure of the genome and how that structure affects gene expression. ChIA-PET has revealed novel 3-D genomic insights into how predispositions in genome variation may lead to human disease.

Ruan, who holds the titles of Florine Deschenes Roux Chair and director of genome sciences at JAX, has published several landmark papers on the 3-D genome. He showed that protein factors are responsible for organizing chromosomes inside the nucleus in three dimensions, and that a non-coding single nucleotide polymorphism (SNP) associated with asthma and autoimmune disease disrupted the normal 3-D structure of the genome and protein expression, implicating genomic 3-D structure as a potential driving factor in human health. Ruan’s lab is a member of the 4DN consortium funded by NIH to develop new technologies for 3-D genome characterization.