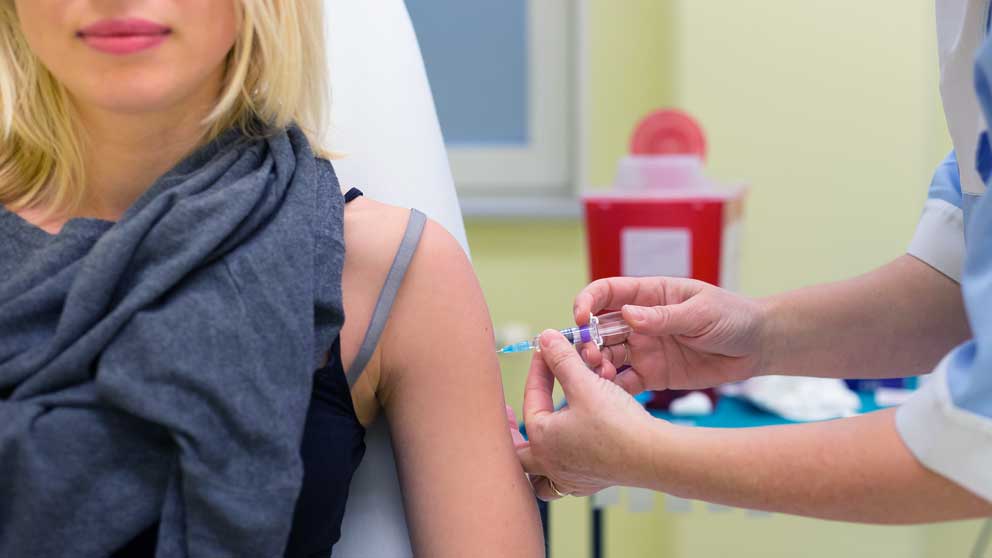 According to the CDC, the flu is more likely to cause severe illness in pregnant women than in women who are not pregnant, and infection with the virus can cause premature labor and delivery. To protect both mothers and infants — who are recommended for vaccination at six months old — several health organizations (CDC, WHO, etc.) and physicians associations (like the American College of Obstetricians and Gynecologists) recommend pregnant women get the flu shot. This recommendation has solid scientific evidence to back it up; retrospective analyses of mothers who vaccinate tend to have better pregnancy outcomes in both the U.S. and abroad. Vaccination at any point in pregnancy reduces the likelihood of preterm birth and low birth weight, particularly during an active flu season. This suggests that the shot reduces the mother’s risk of contracting flu, which positively affects pregnancy outcomes. But what if there is more to it than that?

This is directly counter to long-held beliefs about the role of the immune system during pregnancy. It had been assumed that the immune system of pregnant women was somewhat suppressed so that the body wouldn’t recognize the growing fetus as foreign and attack it outright. But newer evidence suggests that the immune system actually performs several critical tasks during gestation, and that a healthy immune system is a cornerstone of a successful pregnancy. Tolerance — the process by which the immune system recognizes and accepts the embryo — is not the result of turning down immunity, but is rather of a very active and specific response that the current trials hope to boost with flu vaccination.

In both clinical trials, women will receive either the flu shot or a placebo before their IVF cycle. In one trial, women will receive embryos generated from their own eggs, and the other trial is enrolling women undergoing embryo transfer from donor eggs. Both trials will measure immune tolerance markers in the blood, and the goal is to enroll 1500 women to reliably measure a statistically significant impact on implantation. Since the flu shot is already recommended during pregnancy, these trials are low risk, and all participants will eventually receive the vaccine.

Lack of tolerance is not the most common reason for IVF failure, however. More commonly, IVF fails due to chromosomal abnormalities in the embryo, or other genetic or molecular factors that inhibit the ability of the embryo to thrive in the womb. There can be other biological (insufficient endometrial lining at the time of implantation) and technical (poor embryo transfer) limitations as well. However, given the that average round of IVF costs $15,000, is not covered by most insurance, and has an average success rate of 20-35%, these trials are an easy and safe option for women hoping to improve their odds. And they offer the potential to learn more about how the immune system works to support all successful pregnancies.