Jeffrey Harder preps meals, but he’s not in a kitchen and he’s not exactly cooking.

The JAX postdoctoral associate in the laboratory of Professor Simon W.M. John is exploring the role of diet in neurodegeneration in age-related diseases, specifically in glaucoma.

“A number of studies show that some age-related diseases are less common in Asia,” Harder says. “So we are looking at the role of diet in preventing or exacerbating diseases involving neurodegeneration.”

Harder has concocted a range of feeding regimens for the mice in his study, which are now in use in other JAX labs for research in  Exploring the diet-life span connectionWhat's wrong with too many cupcakes? Mauro Costa's research with mice is revealing the metabolic effects of our dietary choices.Alzheimer’s disease and aging. The grain-based food that JAX mice regularly receive is “as healthy as you can get,” he says. To provide mice with a diet that provides adequate nutrition yet represents a typical Western diet, Harder formulated a food with a less-healthy protein source and increased animal fat, cholesterol and salt.

He says he tastes all of his “recipes” and while he doesn’t find this high-fat diet appealing, mice given a choice will eat the Western-diet offering and leave the normal, healthy food untouched.

Here is a look at some of the specialized diets being used by researchers at JAX: 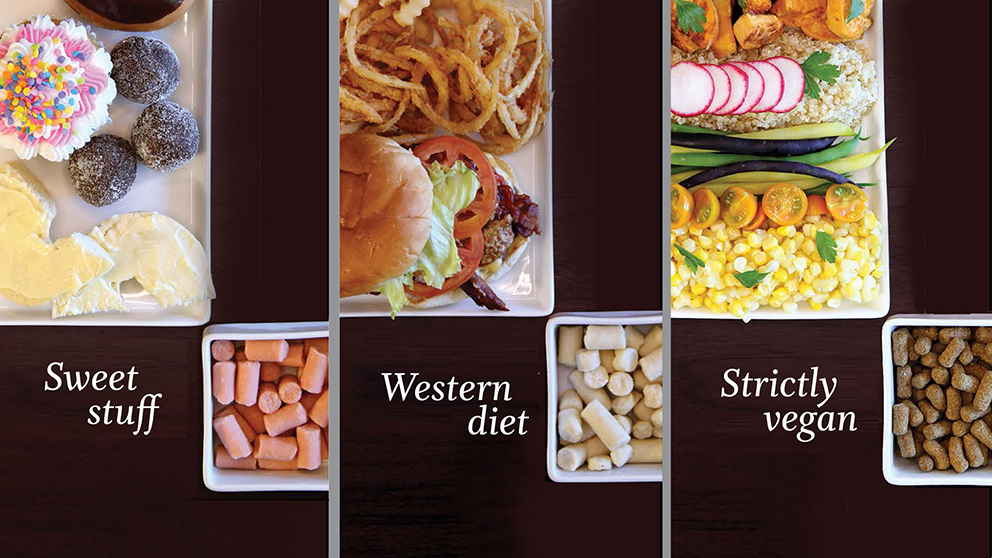