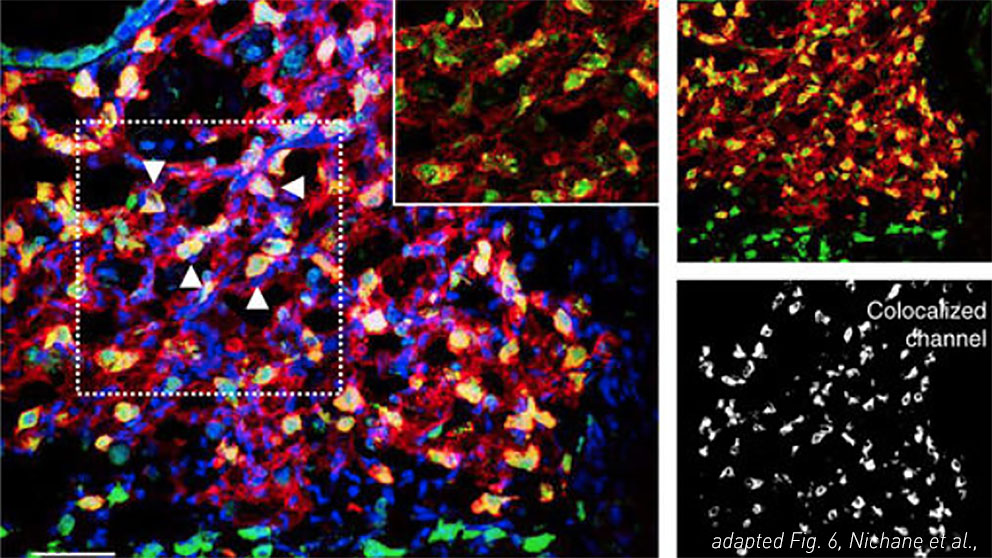 A research team has announced a new and better way to culture mouse lung progenitor cells so that they can differentiate in vitro and in vivo along all epithelial lineages. Currently, the two adult lung epithelial compartments (airways and alveoli) are separately maintained by distinct lineage-restricted stem cells.

In the November 6 Nature Methods, the team led by Bing Lim and Massimo Nichane of the Genome Institute of Singapore and Kyle M. Loh of Stanford University School of Medicine, and including Siva V, Ph.D., of The Jackson Laboratory’s Single Cell Biology Lab, showed that mouse Sox9+ multipotent embryonic lung progenitors can be isolated and expanded long-term in 3D culture. Cultured Sox9+ progenitors transcriptionally resemble their in vivo counterparts and generate both airway and alveolar cell types in vitro. Sox9+ progenitors that were transplanted into injured adult mouse lungs differentiated into all major airway and alveolar lineages in vivo in a region-appropriate fashion

Siva V comments, “This work, primarily driven by Massimo Nichane and team, demonstrated that a single respiratory cell type – Sox9+ progenitors of lung – can be used to regenerate the lungs and can be propagated in vitro using defined culture conditions. This work is important on several levels as it emphasizes the need to carefully define culture conditions and characterize cells that match a relevant in vivo cell type in order to be used for cell based therapies or to eventually generate mini-organoids in vitro to study biology and disease. I’m glad to have played a part in this very important research work.”

The researchers suggest that a single expandable embryonic lung progenitor population with broader developmental competence may eventually be used as an alternative for region-restricted adult tissue stem cells in regenerative medicine.