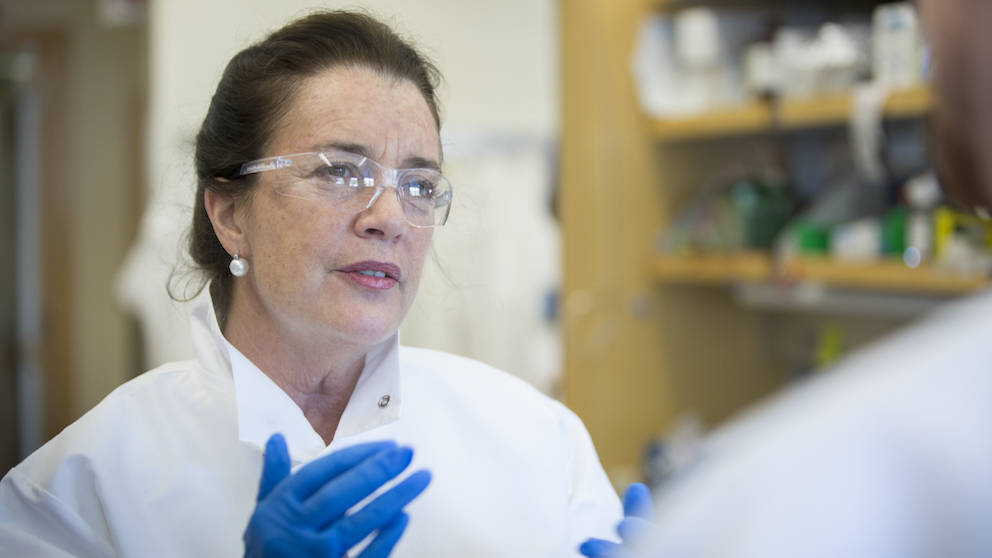 Fish do it, amphibians do it, so why can’t we? Scientists are questioning why human hearts lose the ability to regenerate, while other animals don’t.

In a perspective piece, published today in Science Translational Medicine, researchers from Imperial College London suggest that the loss of this ability may be down to the way the human heart develops.

They explain that mechanical and structural changes which occur in a baby’s heart after birth may keep it "locked" in a mature state. Humans have the ability to regenerate tissue in the womb, but some other animals retain this ability after birth to regrow lost limbs, tails and even parts of their heart.

According to the authors, if we could roll back some of the mechanical changes that occur in the human heart soon after birth, we might be able to unlock its regenerative capacity and find better ways to treat cardiac conditions and heal damaged tissue.

While a great deal of work has focused on stem cells as the key factor in regenerating the heart, scientists have had limited success. The key to unlocking the heart’s healing ability may lie instead in the interplay between its biology and its physical structure, say the researchers.

“Right now, this is a relatively unexplored area,” said Nadia Rosenthal, Ph.D., F.Med.Sci., professor at the National Heart and Lung Institute (NHLI) at Imperial College. “The focus has mainly been on cell biology and molecular signaling, rather than the profound relationship between those features and the mechanics of the heart.”

“The focus has mainly been on cell biology and molecular signaling, rather than the profound relationship between those features and the mechanics of the heart.”

In their review, Rosenthal, who is also scientific director of The Jackson Laboratory in Bar Harbor, Maine, and fellow Imperial NHLI researcher Teresa Kennedy-Lydon, Ph.D., focused on the changes which occur in the hearts of newborn babies and mice, a critical period in which this regenerative capacity starts to wane.

In the womb, babies are dependent on their mother’s blood supply to bring oxygen to their developing tissues. The tiny beating heart contains a number of "shunts," strategic openings that keep the blood flowing and bypass the fluid-filled lungs.

However, once the baby is born and starts to breathe, the heart undergoes remodeling. As oxygen-rich blood flows from the lungs, the pressure in the heart increases and the shunts close and begin to fuse shut. In mice, the same process completes around seven days after birth, providing a good model for study.

The researchers believe physical and metabolic changes linked with this hike in blood pressure, such as the strengthening of the heart walls and stiffening of the crisscrossing connective lattice which holds the cells together, are key steps in the heart maturing. They think that the time when these changes occur is the point at which the ability to fully regenerate tapers off.

In the review, the researchers cite previous studies that found reducing the workload on the heart – using an external pump to help pump the blood around the body – can go some way to reversing damage to the heart muscle after a heart attack.

The researchers believe that combining this type of "mechanical unloading" with other approaches, such as using drugs to alter the lattice holding the cells in place, altering metabolic pathways, and using cell therapies, could be the key to kick-starting the heart’s regenerative ability.

“It may well be that modulating these inbuilt features could produce the right environment for repair – such as introducing stem cells and grafting them into the heart, or stimulating the existing cells to regenerate – making these therapies more effective,” said Rosenthal. “All therapies are based on trial and error, but the more we know, the less error we’ll have.”

Kennedy-Lydon added: “We’re trying to expand the considerations of people working in this field of research rather than just relying on finding a specific type of stem cell to fix things. We are not trying to get everyone to shift direction and start working on mechanical unloading of the heart, but we would like them to be aware that mechanical load is probably going to play a role at some point in the repair process.”