The Jackson Laboratory breaks ground for Center for Biometric Analysis 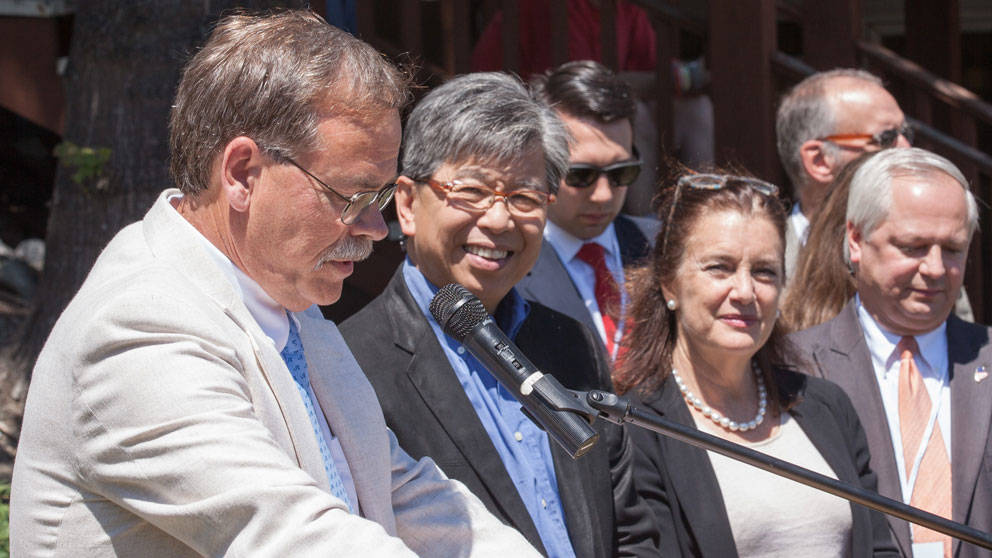 Bar Harbor, Maine — On Friday, June 24, The Jackson Laboratory held a groundbreaking ceremony for its future Center for Biometric Analysis, which will equip scientists with essential, cutting-edge tools for detecting and measuring extremely subtle signs of disease at the cellular level in specialized mice, using high-powered imaging and analytical devices and animal models.

The 21,000-square-foot facility — designed by Harriman Associates of Auburn, Maine, and to be built by P.C. Construction of Portland, Maine — is scheduled for completion by the end of 2017. The Jackson Laboratory will fund $11 million of the $21 million cost of the building, with the remaining $10 million provided by Maine state bond funding approved by voters in November 2015.