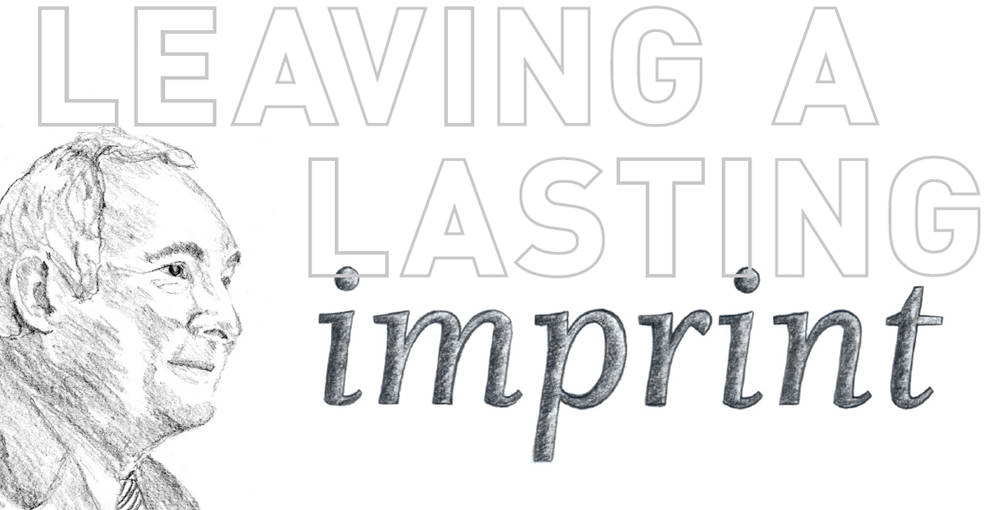 It’s no surprise then that Paustenbach is passionate about The Jackson Laboratory, an organization dedicated to the complex science of understanding and solving genetic diseases.

His nearly 30 years of career success had positioned Paustenbach financially to begin looking for a worthy cause to support in his later years. Roux, a JAX trustee, introduced him to the Laboratory in 2013 and encouraged him to join the Board of Trustees.

“I knew that he would be a diligent, committed and highly engaged board member and that he’d model the kind of behavior that we value so much and that is so important to the Laboratory’s future,” recalls Roux, a major JAX donor and now chairman of the board. “He is generous with his time and his financial resources.”

What is really special about JAX is its ability to use mouse genetics and immunology to get an upper hand on cancer.

After getting to know the Laboratory, Paustenbach concluded that JAX had an outstanding cancer center and unparalleled expertise in mouse genetics and mouse models of human disease.

“JAX can use the mouse to give us insights into diseases within a fraction of the time that other institutions might get to the same place,” he says. “What is really special about JAX is its ability to use mouse genetics and immunology to get an upper hand on cancer.”

Paustenbach recently made a $1 million planned gift to the Laboratory to support this type of research. The gift, to be funded from his estate, will establish an endowment called the Paustenbach Family Cancer and Immunology Research Fund.

“This seemed like a highly efficient, worthwhile cause that was unique,” Paustenbach says. “Because the Laboratory’s mission-centric, non-profit business of making research models available to the global community pays for the organization’s administration and overhead, 100 percent of every gift goes directly to supporting precision-medicine research.”

Paustenbach compares this to gifts he has made to other institutions where only 25 percent of the monies are used by the research faculty, with the balance used to cover overhead, pay students or buy equipment.  “JAX can avoid this,” he says, “because it can use the equipment, facilities and staff from its mouse operations to advance the classic research side of the house.”

Roux says Paustenbach’s gift underscores the importance of planned giving, a type of charitable contribution that provides donors with the opportunity to make a future gift to an organization through a range of vehicles that suit diverse financial situations and objectives.

Paustenbach says planned giving “ensures The Jackson Laboratory’s ability to lead the search for cures to the world’s most complex and devastating diseases today and in the future. I take great pleasure from knowing that my family and I are part of this important legacy.”

As the son of German immigrants growing up in rural Pennsylvania and Ohio in the 1950s and 60s, Paustenbach had no idea he would become a pioneer in environmental and health risk assessment  ̶  the field didn’t even exist yet. He simply knew that he wanted a better job than the factory jobs his friends were taking fresh out of high school.

”When you’re raised by blue-collar parents, everything is about getting a good job,” he says. “Because we were lower middle class, and certainly not a scholarly family, early on I had lots of aspirations about getting a fine education, seeing the world, learning as much as I could about other cultures, and figuring out how the world really worked.”

Paustenbach has realized those dreams and today is “a real renaissance man” with wide interests, says Roux. Paustenbach has traveled to more than 60 countries, has amassed a museum-quality collection of American folk art and antiques, and is an avid fly-fisherman, golfer and skier, as well as a scientist, entrepreneur and philanthropist.

Paustenbach says he owes much of his success to a good early education at Catholic schools, which instilled discipline and a love of learning.

Those traits led him to start playing chess in the fifth grade, “and I got really good at it,” he says. He played in weekend tournaments throughout the Midwest and the East Coast and became nationally competitive until he turned 21 and began focusing on his career.

He studied chemical engineering at Rose-Hulman Institute of Technology in Terre Haute, Ind. His first job out of college was as a process engineer for Eli Lilly in Indianapolis, where he designed better ways to manufacture pharmaceuticals.

After two years at Lilly he decided he needed more education, so he earned a master’s degree in industrial hygiene at the University of Michigan. And three years later, he enrolled at Purdue University. While earning a Ph.D. in environmental toxicology there, he taught more than 300 students over four years as an adjunct professor and won a “best teacher” award.

As he was finishing his doctorate in 1982, the new field of risk assessment was emerging, and it integrated the very disciplines he had studied. Paustenbach moved to Connecticut to work for a chemical company, assessing health hazards in the workplace. The job took him frequently to Washington, D.C., where he interacted with federal environmental agencies and gained expertise in how chemicals were regulated.

He received a phone call one day asking him to interview for a job with Syntex, a pharmaceutical company in California’s Silicon Valley. “Somehow they’d heard about my skillsets in solving complicated environmental problems,” he explains.

Syntex owned a production facility in Times Beach, Mo., that had been previously used in the manufacture of hexachlorophene, an antibacterial agent used in household disinfectants. Large amounts of dioxin, a toxic byproduct of hexachlorophene, had been accidentally mixed with motor oil and sprayed on roads and land throughout the town, creating a huge liability as it became the country’s most visible toxic waste site and forcing the town’s entire population to re-settle elsewhere.

Paustenbach worked on the project for the next three years, earning more valuable experience and further raising his stature in the risk-assessment profession.

“It was probably the best illustration of what I did well, which is integrate eight or 10 scientific fields to solve environmental problems  ̶  basically understand the facts and then try to selectively draw on this vast area of data from many fields to identify an efficient resolution to the problem,” Paustenbach says. “And that’s what I’ve been doing ever since.” 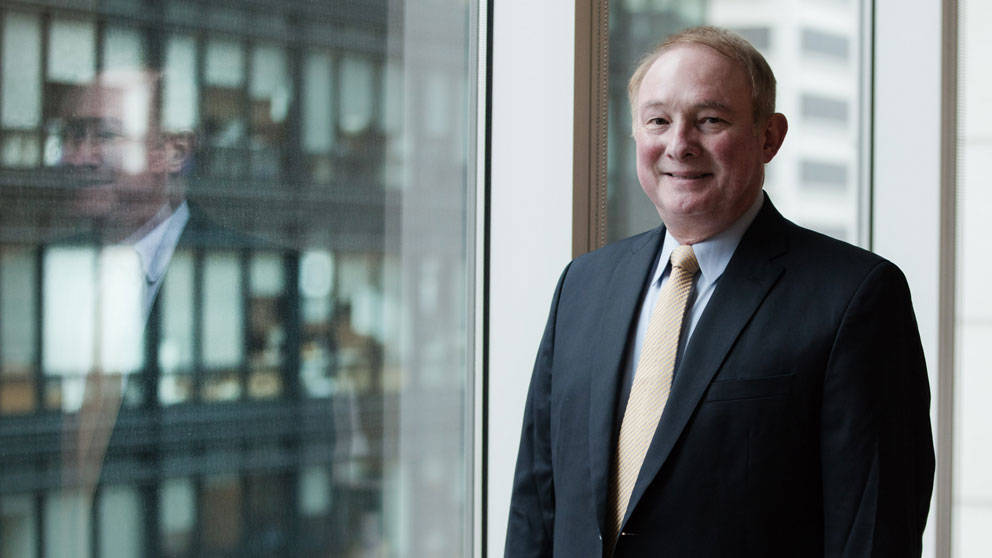 While at Syntex he began moonlighting on weekends for Hewlett Packard and IBM under the name ChemRisk in 1985.

Two years later an engineering consulting firm, McLaren-Hart, asked him to start its occupational health division. He ended up forming a joint venture with the company, also called ChemRisk, and shaped it into a 100-person consulting firm in six years.

He sold the firm to his partner and in 1997 took a job at Exponent, a larger consulting firm in Silicon Valley. He started up Exponent’s health sciences group and grew it to about 150 employees before leaving to re-start ChemRisk on his own in 2003.

Paustenbach merged the company in 2012 with Cardno, a professional infrastructure and environmental services company, to form Cardno ChemRisk, a division of Australia-based Cardno ENTRIX. As president of the division, headquartered in San Francisco, he oversees about 110 scientists and staff who serve clients in various industries around the world.

During his career Paustenbach has directed the scientific aspects of toxic tort cases and provided expert witness testimony in about 400 depositions and three dozen trials concerning the health effects of chemicals in sediments, air, soil, consumer products, groundwater and the workplace. He has also mentored dozens of young Ph.D. scientists whom he has taught or hired.

“It’s fascinating and challenging work,” he says. “That’s why I don’t retire and why I am wildly excited about what I do every day.”

Paustenbach says there is no single case that brings him the most pride. Instead, it was his influence in promoting the sharing of privately conducted scientific research that satisfies him most.

For the first three decades of the occupational and environmental health consulting industry, he says private firms held their scientific information close to the vest, believing it gave them a competitive advantage while shielding them from legal liability.  “They had their reasons,” he says, “but the rationale for sharing and the transparency, in my mind, overweighed the potential downsides.”

It’s fascinating and challenging work. That’s why I don’t retire and why I am wildly excited about what I do every day.

Paustenbach hopes he is remembered as “the person who got the non-university community and, in particular consulting firms and many Fortune 500 firms, to publish and share what they used to call proprietary information related to the environment and the workplace.”

In 1983 he convinced the board of directors of Syntex to let him publish work about the Times Beach case, “which was unheard of,” he says. Since then thousands of scientific and technical papers by private companies have been published so the public can read them and other researchers can build on them.

“Without them,” he says, “the environmental sciences would be 10 years further behind in its quest for answers.” ChemRisk alone, he says, has published more than 600 papers on environmental and occupational hazards of one sort or another.

“That’s definitely what I’m most proud of,” he says. “It has changed everything.”