Translating complex concepts for the public

I grew up listening to NPR. I could recognize David Brancaccio’s voice long before I understood the intricacies of Marketplace Morning Report. As I began my internship at The Jackson Laboratory, though, the world of radio (and Brancaccio) existed only on the periphery of my consciousness. Little did I know that the friendly voice that had informed me about the condition of the NASDAQ for almost two decades was partly responsible for the next 10 weeks that I would spend in Bar Harbor, Maine.

In 2000, David Brancaccio had suggested the inclusion of a science writing internship at JAX — the position I occupy. Brancaccio was a summer student at JAX in 1977, doing wet lab research in the lab of the late Marianna Cherry. In the world of science, 40 years can be an extremely long time. JAX summer students today have available to them technologies that Brancaccio could have only dreamed of. Yet, as our conversation shifted toward life in Bar Harbor, very little seems to have truly changed.

He lived in the same place that the students live today — the historic Highseas mansion in Bar Harbor. He saw the original Star Wars where I now venture to watch Finding Dory, and he probably walked to the same ice cream shops afterwards. Brancaccio easily recalled the names of hiking trails I had walked along only days before we met.

The JAX Summer Student Program is a timeless experience. Though microscopes may be infinitely advanced, and research is hurtling toward cures faster than ever before, the experiences of students who live and work together are removed from expiration dates.

“It's one of the great life experiences,” Brancaccio said, “being with a bunch of smart students in this magnificent mansion overlooking one of the most beautiful places on Earth, learning a complicated, difficult, but very important way of exploring human knowledge.”

As a science writer intern, my job is to make accessible to the public the incredibly complex and vital work being done at JAX. I’d assumed that whatever abilities I learned this summer would be helpful, yet specific — science writers write about science. But Brancaccio showed me how this skill set extends much farther: into Marketplace, for example.

“We need people who are mediators; they stand in between scientists and policy makers and the wider public,” he said. “[We need people] who can understand this stuff, who can translate, and that's what I think a good science writer can do.”

Though global economics and immunology research at JAX are on rather different ends of the scientific spectrum, the same knowledge of how to be intellectually unafraid is needed by both a seasoned radio host and a high school intern. Ten weeks at Highseas feeds into the creation of such a phenomenon within students, whether we aim to have our own labs or radio shows, the experience of hiking, cooking, rooming, working, and bonding with other young, like-minded individuals is what crafts the unique confidence in our own abilities that lasts a lifetime.

Tamsyn Brann: Has JAX inspired you?

David Brancaccio:  Oh I think so.

The biggest thing for me is hanging out with some of the smartest kids I'll ever meet all in one place and then feeling that I fit in, feeling that I could keep up.

I might not have done the most incisive science of that entire group that summer, but I learned I could communicate about it and that was a really important life lesson, but it also gave me the confidence. I often deal with extremely smart people who are dealing with the cutting edge of their field and I realize, based on my experience as a kid at the Jackson Laboratory, that with some research, putting my mind to it, I could understand enough to keep up and ask smart questions about something.

That lives with me even today.

TB: Do you have any extremely memorable experiences, outside of the science work that you were doing at JAX?

DB: The summer I was there is when the first "Star Wars" film was released. We went, we walked from Highseas to the theater in Bar Harbor and saw "Star Wars,” which of course changed all of our lives. We couldn't believe what had just happened.

The amazing ability to have sat there with those other wonderful Jackson Lab interns was life changing. Then we went and got a great ice cream in Bar Harbor, walked all the way back to Highseas. It doesn't get any better than that.

I remember trying to climb... what's it called? The Precipice! I remember, with some of the other Jackson Lab people, going out into Acadia National Park and climbing those metal rungs that the youth conservation corps put in. I was completely terrified, but was able to do it and realized the big problem with a ladder like that is once you get to the top, you've got to come down!

TB: So that would be the importance of science writing in general, the accessibility of complex subjects for the public, because the public has to be aware?

DB: We need people who are mediators, they stand in between scientists and policy makers and the wider public, who can understand this stuff, who can translate, and that's what I think a good science writer can do.

I think that one of the conclusions I reached that summer is that's a really important role. There are some people who are destined to be scientists and to pursue careers, specifically as bench scientists, as theoreticians, or they can do it in the medical fields as well. There is also a very important role for people who can translate to not just the wider public, but also to elected officials who need to understand this stuff.

TB: Do you have anything that you'd like to say to the 2016 class at Highseas right now?

It's so exciting, the notion that people are at Jackson Lab in 2016, working with their senior staff scientists, working to move all of human knowledge forward even just a bit. There's no more important thing that you can be doing than helping us understand our world in a better way. Helping to solve some of the great problems that we face as humans. Often they're disease processes, epidemiology, all this important stuff that younger people can have a taste of when they spend time doing this program at the Jackson Lab.

It's important to understand the science and do the best you can at your research, but it's also important to figure out ways to explain what it is you're working on to other people.

It's really exciting and I'm really happy for them.

One of the things I learned that I hope other people will learn working at the Jackson Lab as a young person is that it's important to understand the science and do the best you can at your research, but it's also important to figure out ways to explain what it is you're working on to other people.

You'll even find it difficult to explain to other Jackson Lab students what it is that you've done.

If, when your mother or father calls and says, "What is it exactly that you're doing there?" If you don't have a good answer, work on a good answer because other people will also want to know. They'll want to have a sense of how is it you pursue a medical or scientific question.

There are some who feel, "Well I'm just supposed to do the science, I don't have to explain it." You always have to communicate it at one level or another, so I'm hoping that people will also practice those skills. 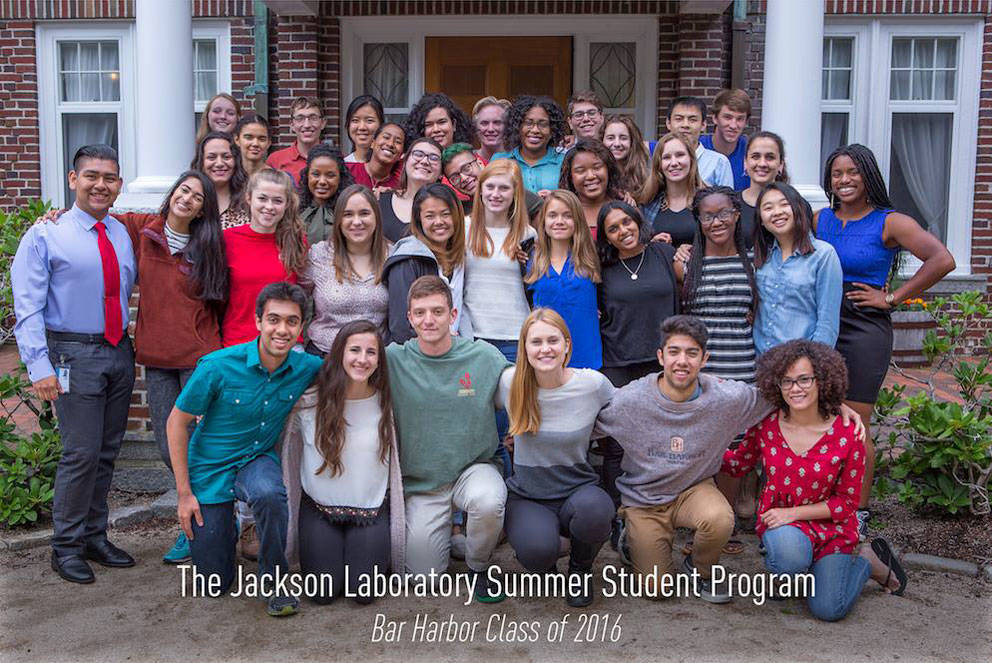 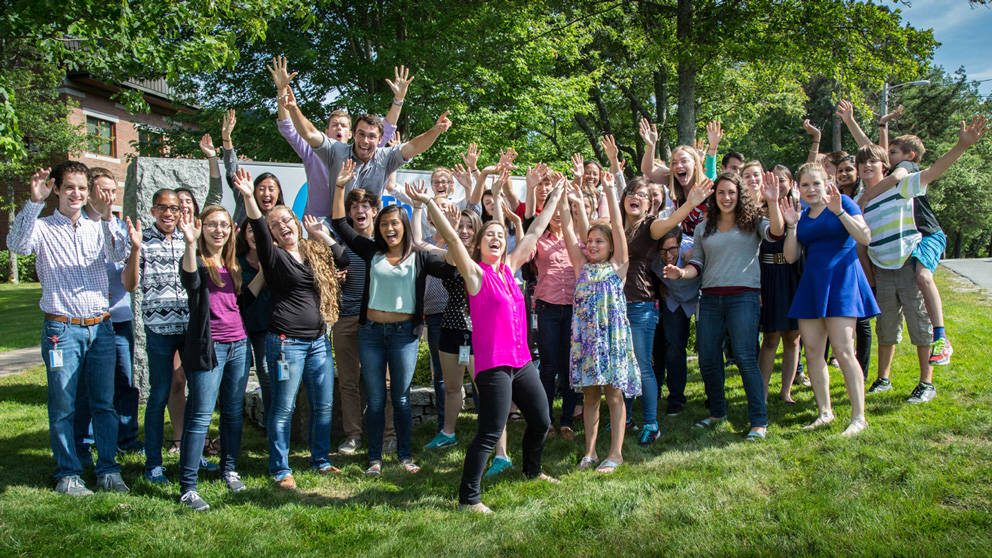 Members of the 2015 class of The Jackson Laboratory Summer Student Program. 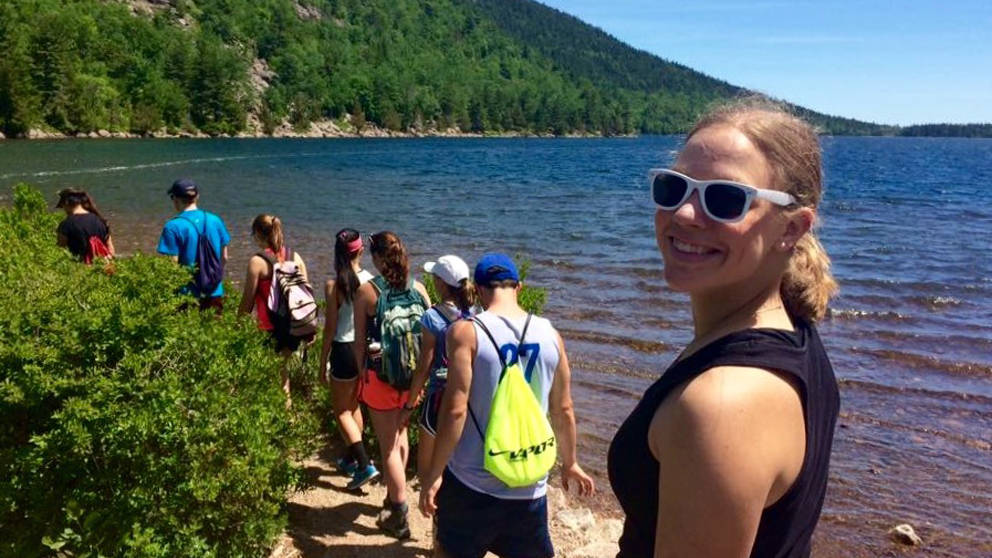 Kelly Cochran and fellow members of the 2015 JAX Summer Student Program enjoy a hike in Acadia National Park in Maine. 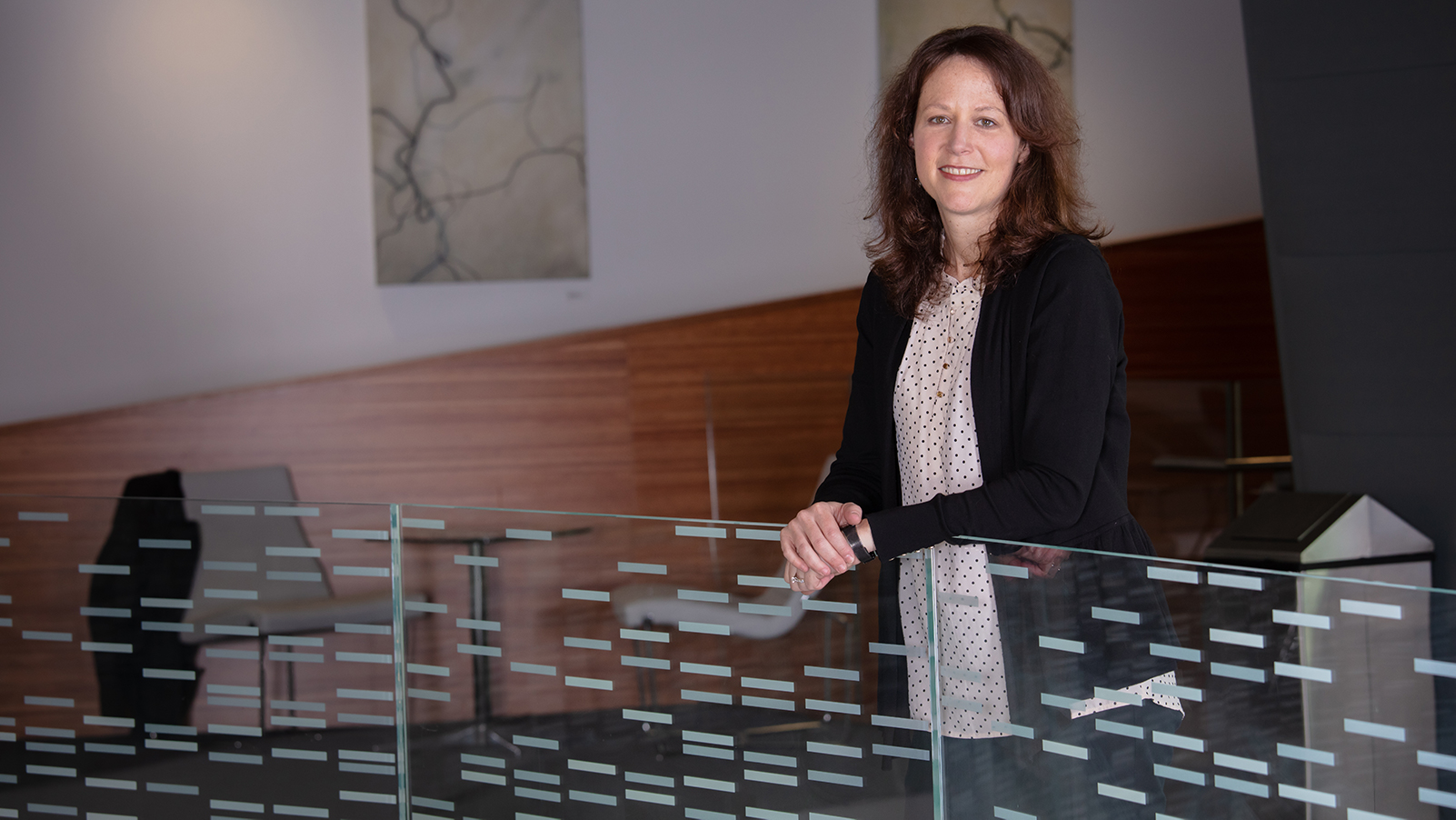 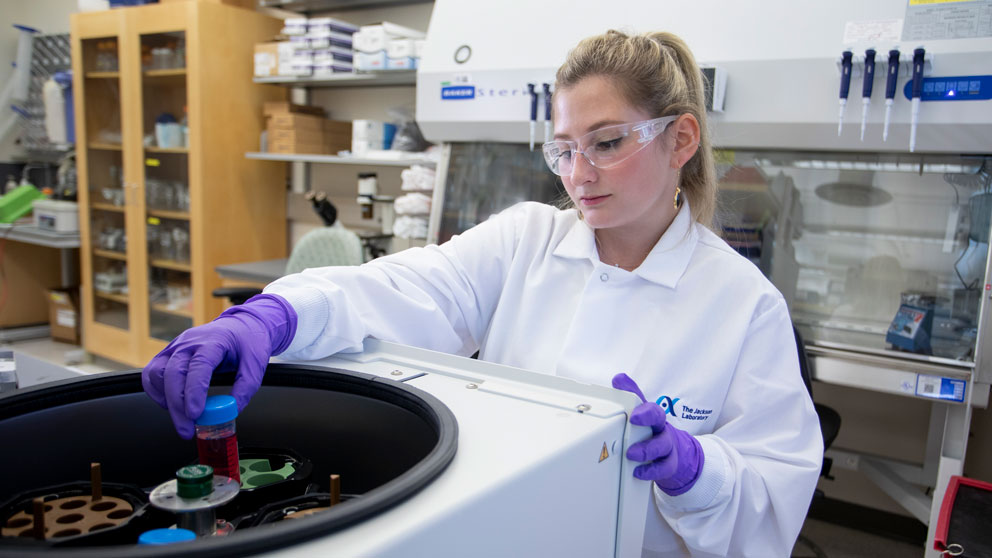