The ability to hear depends on a finely tuned system that is able to turn a vibration (sound) into an electrical signal so that it can be transmitted to the brain for interpretation.

To accomplish this task, organisms have evolved sensory “hair” cells that harbor a specialized motion sensor on their surface and are arranged in a specific orientation. Sound waves, transmitted by the fluid in the inner ear, must deflect the motion sensors at exactly the right angle for proper hearing.

During early life, each sensor develops from hair-like protrusions on the cell surface that grow in size and become arranged in rows in a staircase pattern. Each row is taller than the one in front, with the back row, which abuts a bare zone on the surface of the developing cell, the tallest. This hair bundle is a highly conserved structure also used by fishes in their lateral lines to detect vibrations in their watery environment, but it remains largely unclear how its exquisite asymmetric architecture develops.

Work by a team including JAX Assistant Professor Basile Tarchini, Ph.D., is shedding light on the mechanism that directs the assembly of the staircase pattern of the hair bundle. In a work published in Development, “A link between planar polarity and staircase-like bundle architecture in hair cells,” the researchers focus on a protein complex known as mInsc-LGN-Gαi that is first found in the bare zone in very immature hair cells still lacking a hair bundle.

As described in the paper, they found that in time LGN and Gαi also localize to the tips of the stereocilia immediately adjacent to the bare zone, which in turn grow so that they are the longest row in the staircase structure. mInsc remains in the bare zone, perhaps helping to regulate the distribution of LGN and Gαi proteins between compartments. The researchers knocked out LGN in mice, which prevented normal stereocilia growth and blurred the staircase structure. Knocking down Gαi had a similar effect, and the mice showed near complete deafness as young adults, suggesting that the structural defects in the stereocilia led to dysfunction of the overall sensory apparatus.

Although the exact mechanisms restricting LGN and Gαi to the tallest stereocilia neighboring the bare zone remain unclear, this study provides strong evidence that LGN and Gαi are key players in the development of the asymmetrical staircase structure. Damage to hair cells or their stereocilia during life is permanent in mammals, so understanding the basic mechanisms underlying their development during early life holds the promise to unlock regeneration potential in adults and restore hearing following injury. 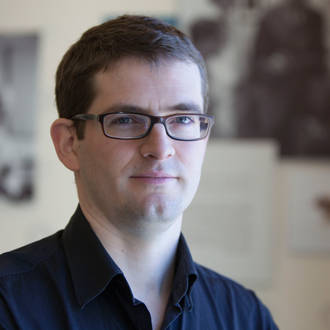 Investigates inner ear development, focusing on the role of cytoskeleton polarization in sensory function and hearing loss, with a goal to inform therapies for sensory cell regeneration.