From South Korea to The Jackson Laboratory

In July 2015, 10 Ewha Women's University students were given full scholarship to attend the Short Course at The Jackson Laboratory in Bar Harbor, Maine. This is their story.

More than just a school

For Jiyoung Kim, who has spent the past 10 years studying at Ewha Woman’s University in Seoul, South Korea, Ewha is more than just a school. Widely regarded as one of the top women’s universities in the world, it is no wonder that the 28-year-old decided to complete both her bachelor’s and master’s degrees there, and is now continuing to work for her Ph.D. at the School of Medicine.

Kim and eight other graduate or doctoral students from Ewha Woman’s University had the opportunity to attend The Jackson Laboratory’s Short Course on Mammalian Genetics this July. Although the women’s research interests varied widely, they were brought to Bar Harbor, Maine by Dr. Charles Lee, a faculty member at Ewha Woman’s University as well as scientific director at The Jackson Laboratory for Genomic Medicine.

Lee is interested in forging a partnership between JAX and Ewha, and sponsored the students’ travels this summer to spearhead the initiative. “The Jackson Laboratory has so much to share with Ewha Woman’s University,” Dr. Lee says. “And it made a lot of sense that the Ewha students would be the ideal conduit for this sharing.”

“I think after I graduate I can contribute my abilities to society. Maybe I can make people have better lives.

During an intensive selection process, Lee sought out a “sense of fearlessness” first in 44 application essays, and then in the 20 students who were later invited to interview. He ultimately selected nine students whom he believed would take advantage of both the Short Course and travel opportunity while inaugurating the developing relationship between JAX and Ewha.

Thanks to his efforts, as well as those of a visiting scientist at The Jackson Laboratory for Genomic Medicine, Dr. Jeeyoung Kwon, the students flew halfway around the world to further their studies, and ended up learning about more than just genetics throughout their journey.

“There are going to be a lot of researchers gathered with more experience than me,” Bahn anticipated. She planned to seek advice from the expert faculty of The Jackson Laboratory for “gain[ing] skills in getting past scientific problems.”

Along these same lines, Jeong added that through these senior researchers, she hoped to “learn about everything regarding genetics.”

After 17 hours in the air, the women arrived in Maine and checked into the Short Course, eager to explore the area in spite of the long journey.

“When you think about America, you think about a really overwhelming, grand place,” said Choi as she stood on top of Cadillac Mountain (the first spot to see the sun rise in the United States each morning). She smiled with her arms outstretched as a friend snapped a photograph.

“Because I’m going to America for the first time, I want to see and experience many things that I can’t do in Korea,” added Park, citing the ocean as an example and admiring the nature that dominates Mount Desert Island. “I want to witness it all for myself.”

In between sharing slices of blueberry pie, shopping for Bar Harbor apparel and participating in genetics workshops at the Short Course, the women began to reveal more about themselves, their motivations for devoting their lives to science and insecurities about their futures.

“I actually decided to study pharmaceutics because I want my family to be healthy,” said Park, whose mother had cancer. “When a proposal does not work out, it’s tough… but I still work hard.”

Kwon agreed with Park about the pressure that naturally accompanies a career in science.

“If the results don’t come out as well as we want or how we want, there’s a lot of difficulty. At those times, it’s important to have a positive ‘I can do this!’ attitude and try again.”

In addition to fears of scientific failure, Bahn admitted that she was “a little stressed about [her] lack of skill in English” going forward in both the Short Course and her career.

Regarding the questions the women have about their abilities and futures, Lee comments, “I think many Korean students currently perceive glass ceilings and glass walls to their careers. I’m hoping that we can work together to bring down these barriers (real or perceived) and leave them with a vision of unlimited opportunities to pursue – limited only by their own imagination.”

Meanwhile, the students continued to study genetics by day and enjoy cruises around Mount Desert Island by night.

“As time goes by, I can understand more things than I could [not] understand before. I think my listening is better than yesterday,” Jiyoung Kim laughed.

She went on to describe, however, that in Korea, some women devote their lives to science while others focus on raising children, and the difficulties involved in balancing both. The other students also anticipated this challenge stemming from the demands of research, particularly as women.

“I am a female researcher, and as a female [in Korea] there are certain obstacles,” Heo said. She expressed her concern about obstacles that arise through marriage, pregnancy and parenting.

An all-female panel, featuring JAX principal investigators Ewelina Bolcun-Filas, Carol Bult, Patsy Nishina and Kyuson Yun, gathered halfway through the Short Course to discuss each of their perspectives about being a woman in science with the Ewha students.

From personal anecdotes–such as Nishina describing how people occasionally address questions about her own scientific poster to her husband next to her–to advice about finding support from mentors and spouses, the JAX researchers shared their experiences and insight into the professional world of science.

“Don’t let people define you,” Bult urged. “You have to have an internal drive that allows you to weather any storm. You have to love what you do, and it’s hard not to love being able to get up every day and have the potential to discover something new.”

Yun believes it is becoming a better time for women to work in science, and Nishina agrees.

Following the panel, the Ewha students expressed relief that they do not have to sacrifice hopes of a family for a career in science, or vice versa.

Heo in particular was moved by the discussion’s validations.

“Through the Short Course, I have been learning about experiments and trends in science, and now I have also gained self-esteem.”

“I was a little bit confused before I came to The Jackson Laboratory about which career was best for me, so I was very impressed by the roundtable discussion,” she said. “I think that [the JAX scientists] are all passionate about their work, and I’ll continue to do my best.”

The students returned to the Short Course schedule for the remainder of the program. A few final talks and workshops later, and the women began reflecting upon the impact that their time at The Jackson Laboratory will have on their futures.

Kwon, like Heo, commented that she is now more certain not just of her abilities in science, but also of herself.

“In Korea, most people think about what others will think about them, but the panel discussion helped me a lot in that way because they gave us a lot of advice–not as scientists, but as human beings. So now, I think maybe it’s okay to be myself. I’m going to keep a positive mind and hold [to] my path.”

As each of these women headed home to dig deeper into their research, they returned to Ewha Woman’s University with enhanced knowledge of genetics, newfound friends and the reassurances that they can be great scientists, and that being a scientist does not necessarily prevent or limit other life goals.

“I think after I graduate I can contribute my abilities to society,” Kwon reflected on her own potential. “Maybe I can make people have better lives.” 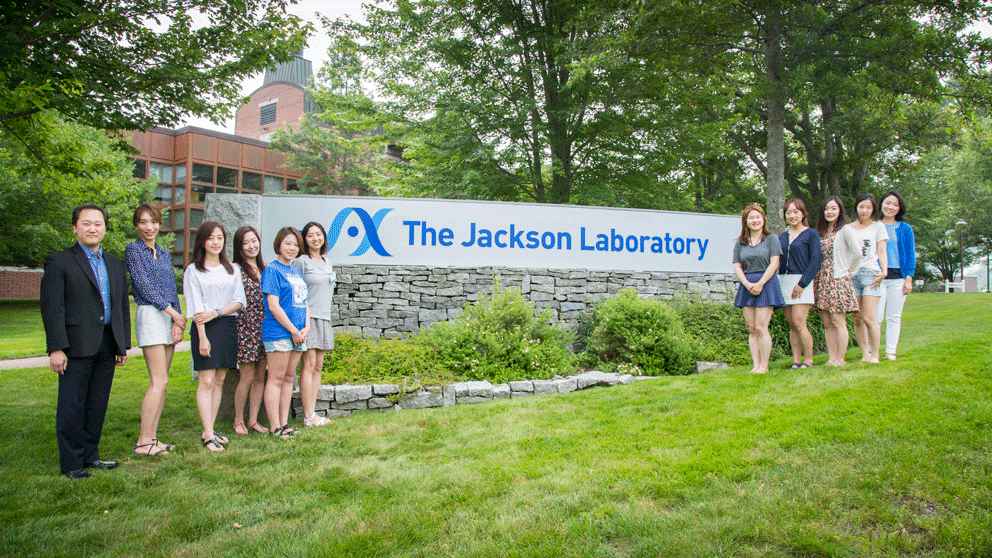 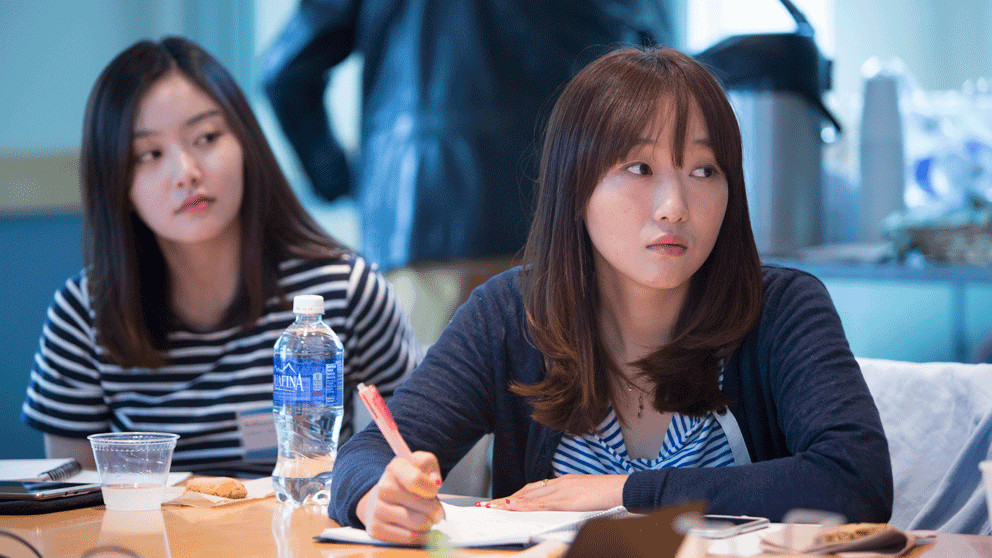 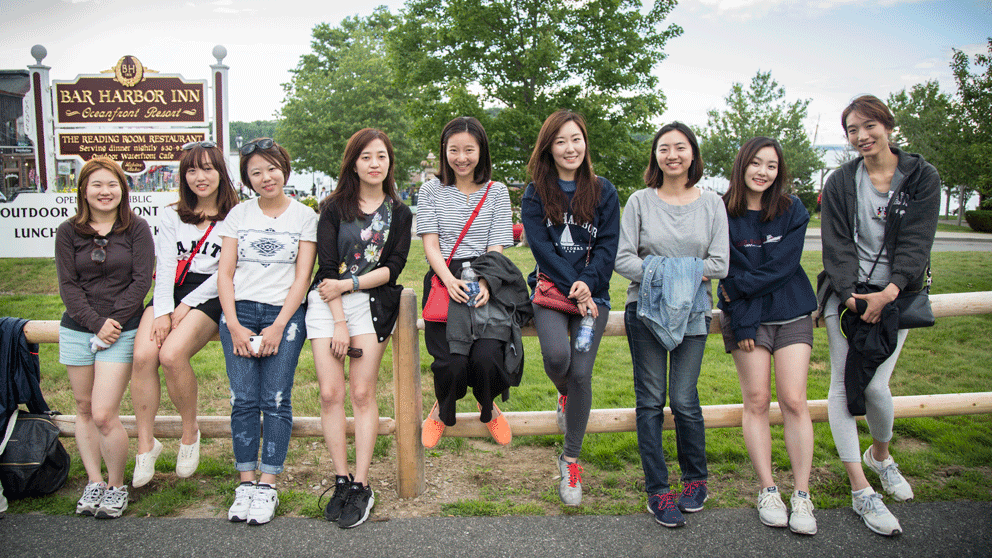 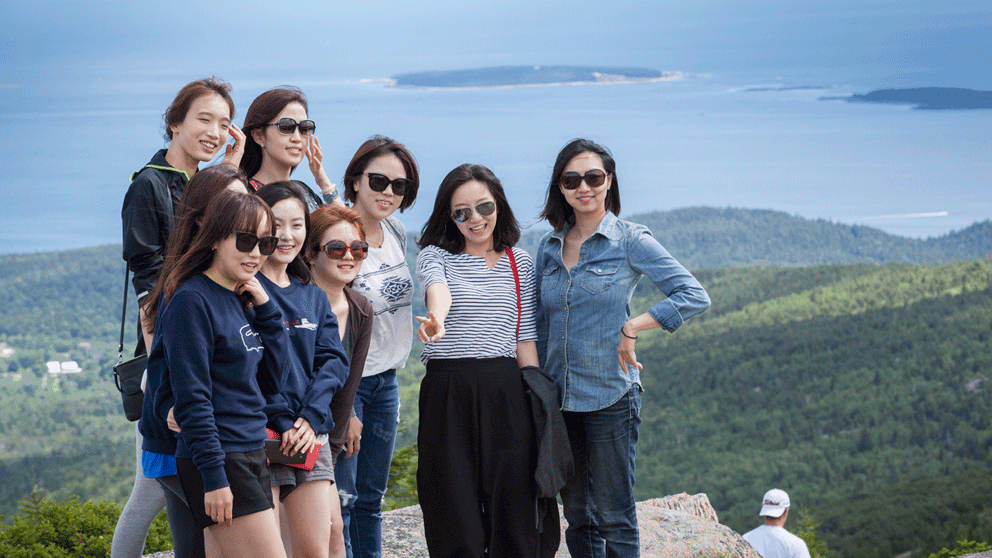 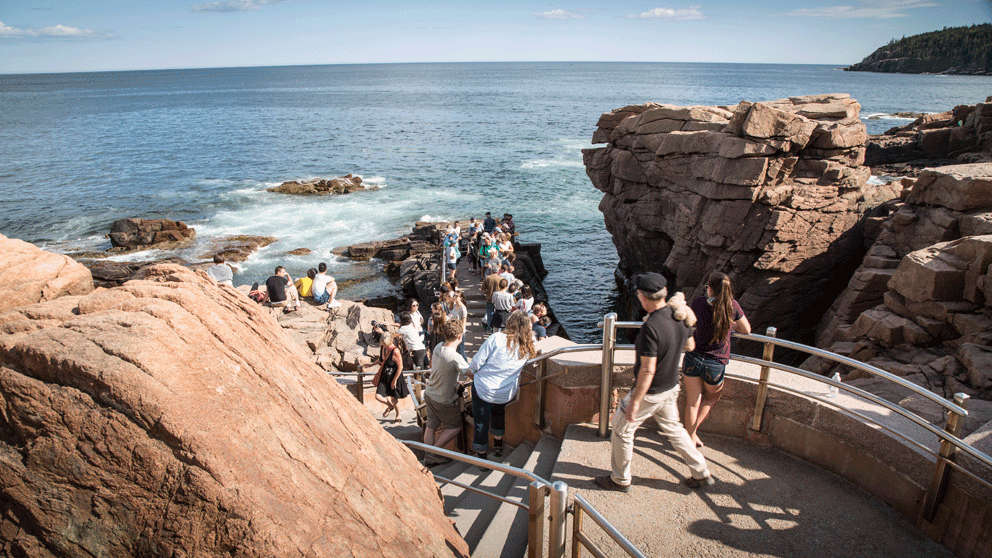 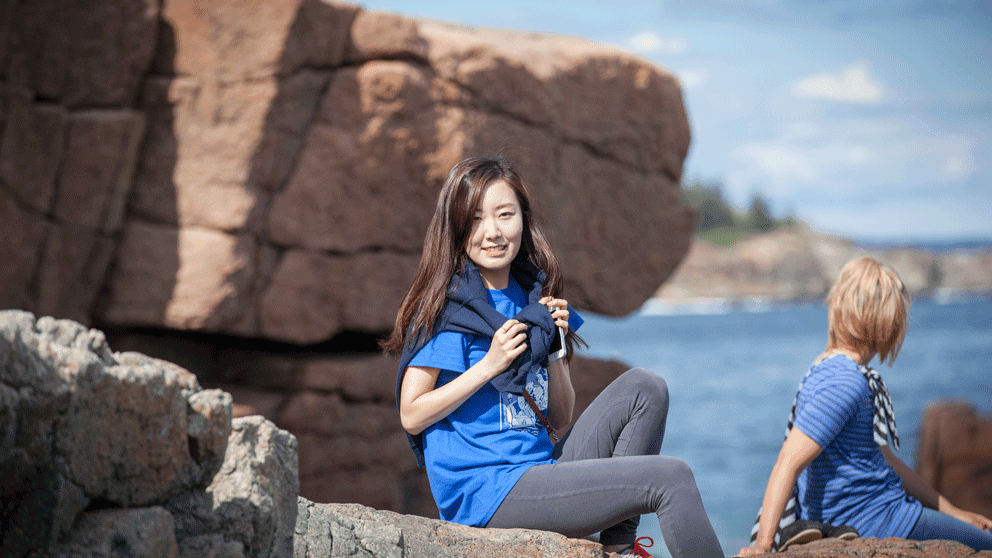 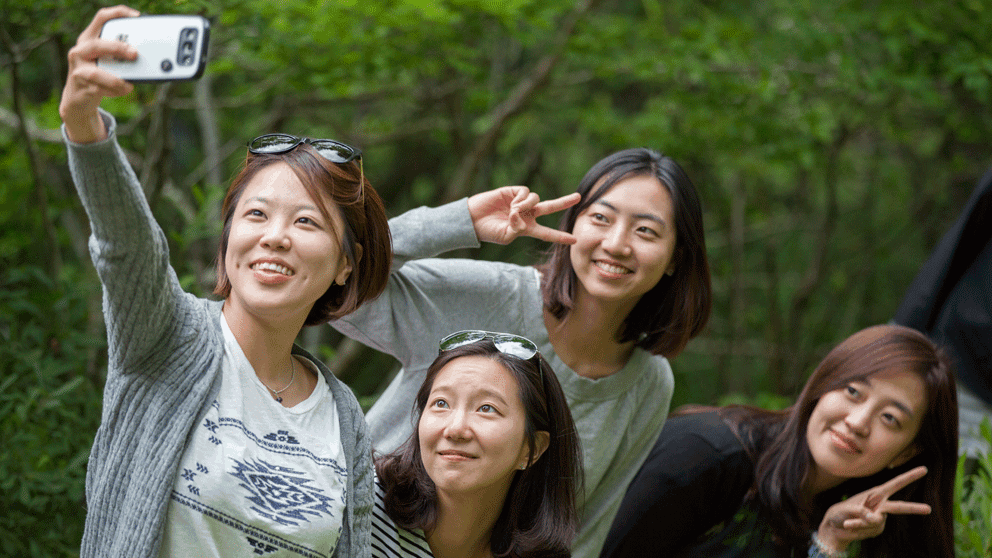