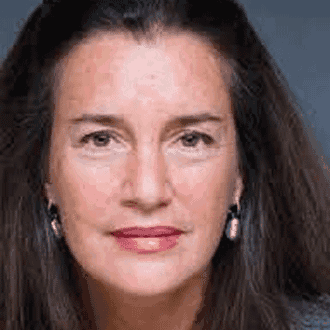 Starting in May, Rosenthal will begin a transition from her current post—as Founding Director of the Australian Regenerative Medicine Institute (ARMI) of Monash University in Melbourne—to the newly created JAX position.

She is a global leader in the use of targeted mutagenesis in mice to investigate muscle development, disease and repair, and is a participant in EUCOMM, the European Conditional Mouse Mutagenesis Program, where she coordinates the selection and production of new Cre driver strains for the international mouse genetics community.

"Her work in the biology of insulin-like growth factors has led to significant advances in novel cell-based therapies for muscle and heart aging and disease, " says JAX President and CEO Edison Liu, M.D., "However, while Nadia’s body of research speaks for itself, what really sets her apart is her extraordinary skill at building scientific communities."

Rosenthal sees two major opportunities in her new Jackson Laboratory role. "One is to build the Bar Harbor research staff, including students and other early-career scientists, and extend collaborations within JAX and with international research institutions. The other is to expand powerful new approaches developed by JAX researchers that will deliver mouse models as unique as the patients we need to treat, and make them accessible to biomedical researchers everywhere."

The new appointment is in many ways a homecoming for Rosenthal. From the age of two, she spent summers with her family near Mount Desert Island, home of Bar Harbor and The Jackson Laboratory. After earning her Ph.D. in biochemistry at Harvard Medical School, she started collaborating with JAX researchers, developing her longstanding focus on mammalian genetics using the mouse as model. As her career progressed, through faculty appointments at Harvard Medical School and Boston University School of Medicine, Rosenthal’s network with the JAX faculty and Board of Trustees continued to grow.

In 2001 Rosenthal moved to Rome to establish the mouse biology program for the European Molecular Biology Laboratory (EMBL). "During that period I became very involved in a number of large-scale European projects that centered on the mouse, and we frequently consulted and collaborated with JAX, which is the world’s center of mouse expertise."

While maintaining leadership of the EMBL program, Rosenthal joined Imperial College, London in 2005 as Director of Science for the Harefield Heart Science Center and Chair in Cardiovascular Science, and in 2009 established ARMI at Monash University, which now leads Australia in biomedical research grants. She established the first non-European membership in EMBL for Australia, coordinating partner laboratories around the country, and was elected Scientific Head of EMBL Australia in 2010. She joined The Jackson Laboratory’s Board of Scientific Counselors in 2011.

Rosenthal’s many awards and honors include Fellow of the Academy of Medical Sciences, U.K. (2014), Doctors Honoris Causa from the Pierre and Marie Curie University in Paris (2009) and the University of Amsterdam (2010), the Ferrari-Soave Prize in Cell Biology from the University of Torino (2002) and an American Heart Association Established Investigator Award (1991-1996).

Rosenthal is the author of nearly 200 peer-reviewed journal publications, reviews editorials and book chapters, as well as eight books and monographs. She has served as an editor of the New England Journal of Medicine, is Editor-in-Chief of the journal Differentiation and founding editor of the Disease Models and Mechanisms, and serves on the editorial boards of several other journals.