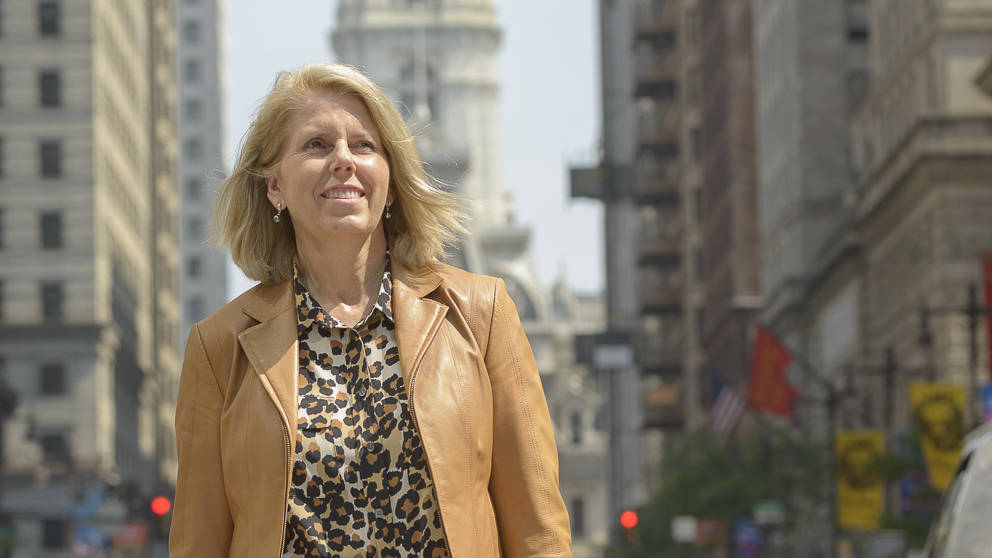 Donna King parlayed a JAX summer experience 40 years ago into a rewarding biomedical career. Now, she's repaying the institution that inspired it all.

As the daughter of high school math and science teachers, Donna King was accustomed to learning everywhere she went while growing up near Philadelphia.

"For me, curiosity was always encouraged," she recalls. "Learning was always fun, and that's how I grew up. Our family vacations — and there were many, far and wide — always had an educational component."

One summer vacation would prove more educational than all the others combined. During a camping trip to Maine's Acadia National Park in the early 1970s, her parents, Ken and Mary, took Donna and her two younger sisters to The Jackson Laboratory in Bar Harbor for a tour one rainy day.

It was really my summer at The Jackson Laboratory that absolutely convinced me that I was going into science as a researcher.

"That tour set me on the path to becoming a scientist, sparking a fascination with biomedical research," she says.

Her father joined JAX's mailing list that day, and when he read about the Laboratory's Summer Student Program, he shared the information with Donna. She applied to the program and was accepted.

As a 16-year-old rising senior in high school, King spent the summer of 1975 at High Seas, the Laboratory's seaside mansion, living and learning with some of the nation's brightest students.

"I was only there for one summer," she says, "but it was a very important summer."

King and another student were paired with a JAX mentor, Edwin Les, the Laboratory's director of animal health. Together, they embarked on a "very labor-intensive project" to test the effects of regular, high-fat and high-fiber diets in mice.

"I didn't change the world with that little project," King says, "but it changed me. It was really my summer at The Jackson Laboratory that absolutely convinced me that I was going into science as a researcher."

She majored in biochemistry at Pennsylvania State University. And when the going got tough and many of her classmates began changing their majors, "I had the memory of my research experience at The Jackson Laboratory to fall back on, and I stuck it out," she says.

King earned a Ph.D. in developmental biology at the University of Cincinnati and then did postdoctoral research in animal reproduction at the U.S. Department of Agriculture outside Washington, D.C., where she helped developed transgenic mice and livestock.

She then led her own mouse-based research labs, first at The Chicago Medical School (today known as Rosalind Franklin University of Medicine and Science), and later at Northeastern Ohio Universities College of Medicine (today known as Northeast Ohio Medical University, or NEOMED), while also mentoring graduate students and teaching biochemistry and molecular pathology to medical students.

"I was living my dream from the summer of 1975 of doing medically relevant research," she says.

Her research focused on the effects of growth hormone on bones and connective tissue in mice. She not only used JAX® Mice to study osteogenesis imperfecta, a rare bone deficiency, but also donated to JAX a mouse model for acromegaly, a syndrome caused by excess production of growth hormone.

Along the way she published the first paper demonstrating the use of polymerase chain reaction (PCR) technology for genotyping pre-implantation embryos, and she later gained a patent for a method to express therapeutic genes in marrow cells for the treatment of bone diseases.

In 2007, rather than continuing as a "good but not great" basic research scientist whose ideas might never be translated into clinical applications, King decided to leave academic research for a job in the pharmaceutical industry. She wanted a more direct role in helping patients.

"I realized I could have a bigger impact facilitating other people's ideas," she says.

Today, at 56, King works in New Jersey as a medical science liaison for a multinational drug company, which she prefers not to name for publication. She interacts with scientists, doctors, insurers and thought leaders to gain and share constructive ideas for the safe and effective use of the company's smoking-cessation and endocrine-care drugs.

She is glad for the opportunity to help smokers break their tobacco habit. "There are so many people who have difficulty quitting, or think they'll do it tomorrow," she says. "It's a very important health problem. If we had to have a message about quitting smoking, it would be, 'Don't assume you can do it alone; get help.' There are counseling services, quit lines and pharmaceutical aids that can help break the addiction to nicotine."

Helping patients is not only personally satisfying but also enables King financially to support a nonprofit institution that also helps patients, by translating basic research into precise genomic solutions for disease.

"The Jackson Laboratory is my major philanthropic interest," King says. "I'm no longer at the research bench myself, but with my corporate salary, and maximizing my company's generous match, I'm able to support this medical revolution through my donations. While I regularly support several local charities and one rare disease charity, I like the ripple effect that my support of The Jackson Laboratory has the potential to generate."

Her ardent support of JAX doesn't surprise Kathleen Sartoris, Pharm.D., King's former corporate colleague and supervisor. "Donna believes in good science, and I think she feels that she can recognize it," Sartoris says. "She's a long-term thinker about where ideas can go, and she likes to match that with people she thinks can make that happen."

King serves on JAX's Annual Fund Leadership Gifts Committee, encouraging others to give $1,000 or more. The Annual Fund aims to raise $2 million this year to support research, the recruitment of world-class faculty, and educational programs for emerging scientists — and she would like to aim higher next year.

"I'm in love with The Jackson Laboratory — that's my nearest and dearest educational affiliation," King says. "It's a national treasure."

"Donna's story illustrates the power JAX has to shape the careers of aspiring scientists and our commitment to make a difference in the lives of each of our student colleagues," says Liu. "We are most grateful for Donna's passion in giving back to JAX, as these resources are precisely what we need to fuel innovation in research and in education. She inspires me, so I know she will inspire others."