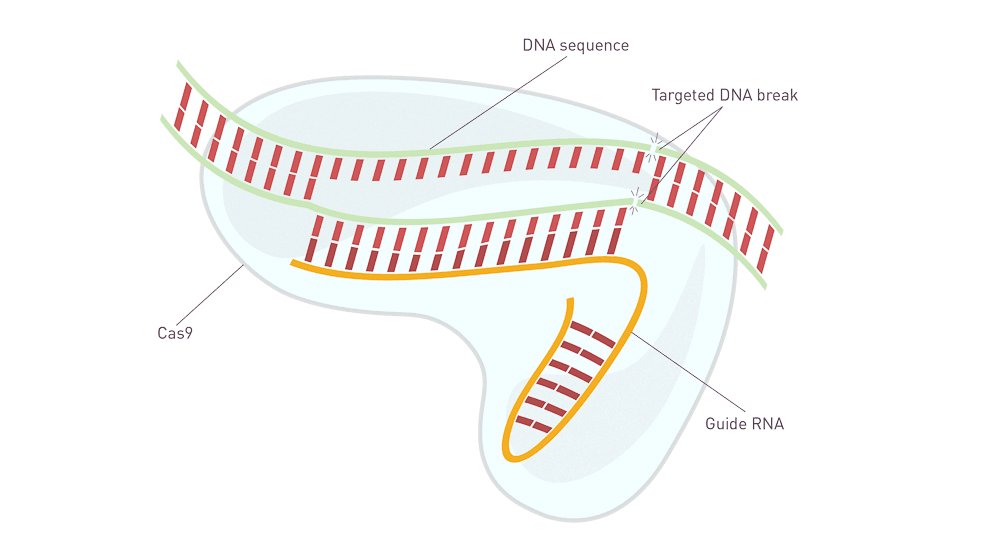 CRISPR/Cas9 is revolutionary technology that has made genome engineering experiments possible that were previously unthinkable, opening new avenues for disease research and, potentially, clinical therapies. The technology has recently been adapted and employed in research as a highly effective genome editing technique in model organisms, including mammals. With CRISPR, it is possible to delete genes, modify genes in ways that mirror disease variants in humans and even “fix” genes by cutting out a mutated sequence and inserting a functional one.

CRISPR/Cas9 is a natural phenomenon, a biological system that defends bacteria from viral attack. It packs a one-two punch; it precisely targets a section of viral DNA and then cuts it, thereby neutralizing the DNA before it can inflict damage. Adapting the system to use in the laboratory, researchers are able to precisely target specific DNA sequences to cut, and they can delete or correct mutations at the targeted site.