For Christopher Lange, a career of discovery and consequence 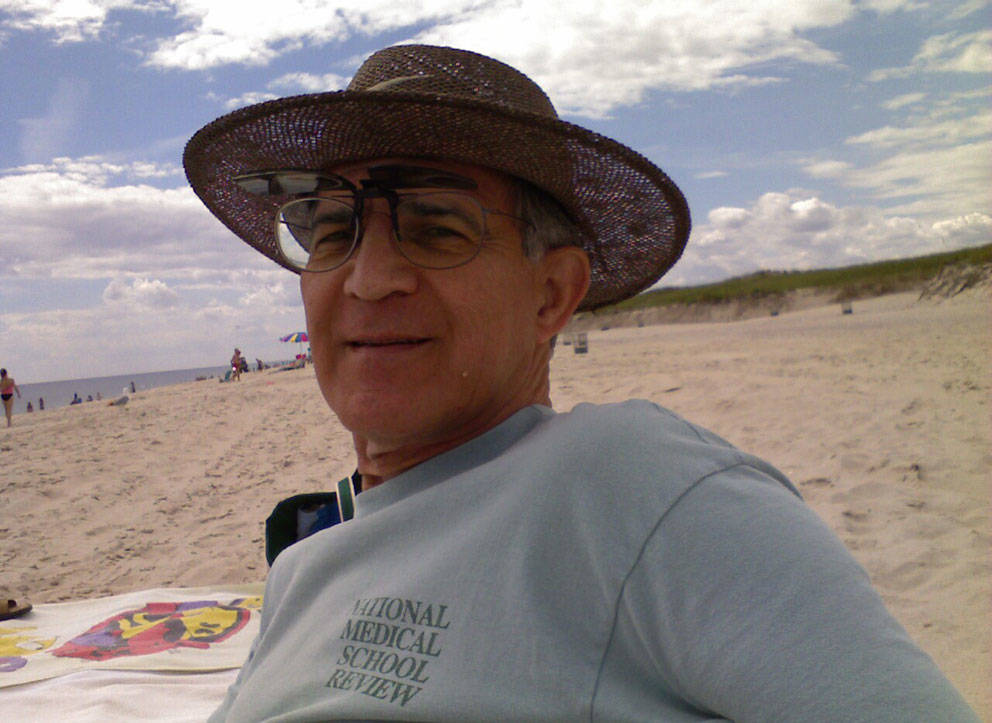 Not every curious young researcher who spends ten weeks at The Jackson Laboratory (JAX) Summer Student Program can claim the honor of having been knighted for their achievements. For Sir Christopher Lange, D.Phil., the summer of 1956 provided the support and structure he needed to go forward into a career of consequence and recognition.

As a professor and associate chair of radiation oncology and of molecular and cell biology at SUNY Downstate Medical Center in Brooklyn, N.Y., Lange looks back on a remarkable international career. His work has focused on understanding the molecular and cellular responses to ionizing radiation, particularly as it affects cancer stem cells during therapy.

But when he was a 16-year-old junior at Stuyvesant High School in New York City, Lange was uncertain of the path ahead. An attentive instructor offered a life-changing suggestion.

“I had broad interests but was particularly drawn to the sciences,” he recalls. “My biology teacher, Mr. Penzer, suggested that a summer at The Jackson Laboratory might be a good way to discover if I would like to specialize in biology or medicine.”

Not knowing quite what he was getting into, but with an already strong sense of curiosity and a taste for adventure, Lange applied to the Summer Student Program and was accepted.

“There were 28 of us – 14 boys and 14 girls,” he says. Even in the largely unenlightened ’50s, he was not surprised to encounter an equal number of science-minded females in the group; he recalls that their participation and interests were respected and treated on par with the boys’.

“Five mornings a week, we attended lectures by the Jackson Laboratory faculty – first introductory material, then really good, high-level talks,” Lange says. “In the afternoons, we had our labs.”

Lange and three other students were assigned to the laboratory of two visiting neuro-anatomy investigators from Seton Hall Medical School. “Our project was on peripheral nerve regeneration, comparing regeneration of crushed versus cut sciatic nerves,” he says. The team tested sensory, motor and reflex functions and performed histological studies over time.

“It was a full immersion in science. We took part in developing the ideas behind the project and then we did the work to test our ideas,” Lange says. “By the end of that summer, I was pretty sure that I wanted to become a biologist. I was advised at JAX to pick up all the physics, chemistry and math that I could as an undergraduate. So, I created my own biophysics major.”

He went on to earn a bachelor’s degree from MIT and a doctoral degree from Oxford. It was an education studded with scientific discovery and professional friendships that would last a lifetime.  After studying and working nearly a decade in England, Lange was recruited to the department of radiology and the Atomic Energy Project at the University of Rochester School of Medicine & Dentistry in New York. Later, he agreed to lead the research division of the newly created department of radiation oncology at SUNY Downstate Medical Center in Brooklyn.

At SUNY Downstate, his research centers on cancer stem cells and their role in determining patient response to radiation treatment. He has patented an assay to predict which treatments will be most effective for an individual patient.

He is an ardent believer in the kind of early mentoring he received at JAX.

“I have benefitted from the advice and guidance of many scientists,” he says. “I carry on the tradition by offering internships in my lab to some 30 high school and college students, who join my medical students, residents and fellows in learning how to think like a scientist and participate in my lab’s research.”

Lange’s awards and recognitions are too numerous to list. Here are a few:  In 2014, he was inducted into Worldwide Lifetime Achievement, an organization that recognizes individuals who have achieved greatness in their careers. He has received a Presidential Certificate of Gratitude for Contributions to Science from Hirosaki University in Japan, and in 2004, he was knighted by the president of Poland for outstanding contributions to Polish science and education.

Why the president of Poland? Lange learned to speak fluent Polish as a child and served for more than 20 years as a commissioner of the Kosciuszko Foundation, an American organization that promotes educational and cultural exchanges between the United States and Poland. In this role, he reviewed fellowship applications for young Polish scientists and physicians to study in the U.S., and then interviewed selected applicants in Warsaw to recommend those who showed the greatest promise. While in Poland on those trips he also lectured at the Polish Academy of Sciences, oncology centers, universities and schools. His support of the nation’s scientific community won him the distinguished Knight’s Cross of the Order of Merit (KCOM) of the Republic of Poland.

Now in his 70’s, Lange draws on deep experience to offer advice to aspiring young researchers.

“In science, the important thing is to find a problem that interests you and become an expert in all the things you have to do to solve it,” he says. “Be prepared to be challenged and to defend your data. That’s a prerequisite for challenging orthodoxies and coming up with new ways of thinking about problems.”

“Whatever you choose to do, you have to love it,” he adds. “If you don’t, you’ll begrudge the time and effort it takes to do it well. You will not be a happy person if you do not love what you do.”