Getting to know Ewelina Bolcun-Filas, Ph.D. 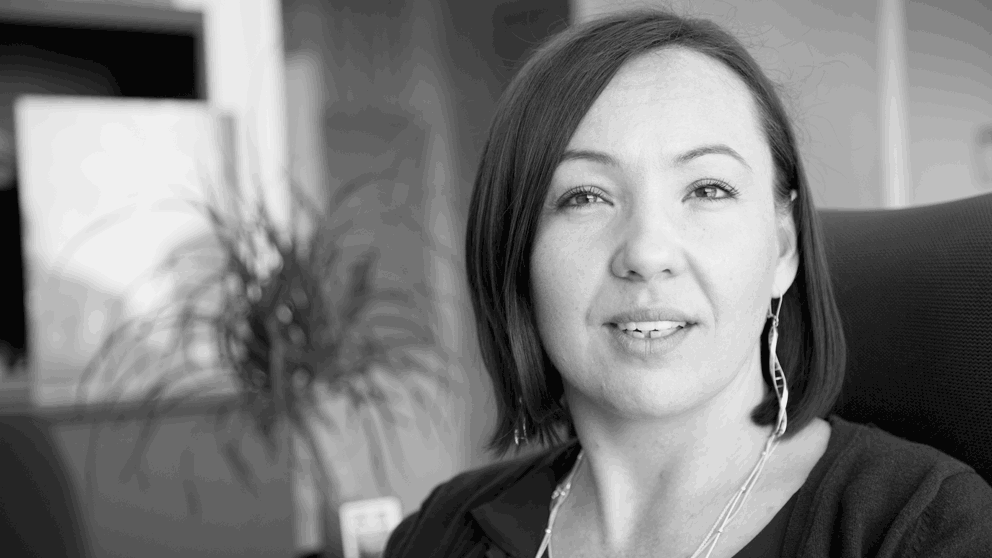 When asked about her inspiration for pursuing a career in research, Ewelina Bolcun-Filas, Ph.D., does not share a typical “catching-frogs-in-her-backyard” story. She reflects for only a moment before candidly admitting, “I never really dwelled on how I became a scientist. It just came to me naturally. Sometimes, I feel like science chose me.”

Having grown up in a small Polish village, Bolcun-Filas’ journey to The Jackson Laboratory, where she began working as a primary investigator in January 2015, has propelled her across four countries and spanned an ocean. Along the way, the impressive young assistant professor has quickly made a name for herself in the field of reproductive biology.

While initially drawn to math, Bolcun-Filas’ interest in science was piqued by a biology teacher in Poland at the age of twelve. Both a mentor figure and neighbor, he talked to her about nature and biology, encouraging her to compete in the Science Olympics. Therefore, when it came time to apply to high schools, Bolcun-Filas strongly based her decision on which would get her into a top medical school.

Throughout high school, Bolcun-Filas cautiously planned her future as a dentist–though she had seen one only a few times. “Making people’s smiles nice, happy…it’s a nice job,” she rationalized, in spite of her limited firsthand experience with the profession. “And it pays well, too.”

Then, suddenly, a biology class during her senior year transformed all of her plans for the future. The course introduced Bolcun-Filas to a whole new world: that of genetics.

“When I began learning about genetics, I was like, ‘Wow. It’s better than math,’” Bolcun-Filas recalls. “If you know how things work genetically you can predict outcomes and hypotheses and evolution. You think about the whole puzzle, and you answer one question; it brings more questions, and you just go and go. It, for me, was eye opening.”

This led Bolcun-Filas to begin conducting research as an undergraduate in 1995 at Jagiellonian University in Krakow, Poland. She first gained exposure to reproductive biology while working on a project concerning oocytes, the female germ cell. Captivated by the complex reproductive system’s importance and eager to further her knowledge, Bolcun-Filas joined a graduate program at Georg-August-Universitat in Gottingen, Germany in 2001. After complementing her studies of female germ cells in Poland with research on male germ cells in Germany, she backtracked to investigate the development of both and discovered a powerful fascination with meiosis, the process that creates them.

“I’m a very visual person,” Bolcun-Filas says, gesturing toward a blown-up image of colorful microscopy hanging on her wall. “This is something that you see when you work on meiosis, using different antibodies, different stains. When you do that, you look at every cell and just admire how beautiful these things are.”

Bolcun-Filas has come a long way since her early days researching in Poland and Germany. Since then, she has completed her postdoctoral studies in Edinburgh, Scotland, became a research scientist at Cornell University, and published a paper about reversing female infertility in a 2014 issue of Science.

Reflecting upon the different directions her interests in reproductive science have taken her, Bolcun-Filas describes her attitude toward a scientist’s career trajectory: “It's about challenging yourself, sometimes stumbling across something that isn’t specific to your research, but incredibly interesting. Then you have the curiosity and drive to dive into something new, something bigger than your previous experiences.”

This exact pursuit has now landed her in Bar Harbor, Maine. During her first summer at The Jackson Laboratory, Bolcun-Filas is settling into her new lab and enjoying her newfound research community.

“I love how they are trying to promote research in this place,” she says. “So much support comes from having people to talk to about science.”

In addition to researching female fertility and meiosis, Bolcun-Filas is participating in several panels about women in science and mentoring a Jackson Laboratory Summer Student, Julia Loose, who is a rising senior at Susquehanna University.

Like her mentor, Loose feels strongly about the necessity for women especially to study reproductive science: “I think it’s super important for women to stand up for all of their rights in their health. It’s not the same if men study female fertility–women just have a much stronger word in that field.”

This sentiment of female empowerment resonates with Bolcun-Filas’ own upbringing within a family of strong women. As she described to an attentive audience during The Jackson Laboratory’s Discovery Days, she and her two younger sisters were largely shaped by their mother’s influence.

“My mom, she's a very strong women. She taught us that you take care of yourself–not because you're a woman, but because you do. You have to fight for things you want. You have to do things right. If she had boys she would probably teach them the same things. That's the way we were raised,” Bolcun-Filas recounts matter-of-factly.

It is clear that she has taken this lesson to heart, and she now passes these same lessons down to Loose by example in the lab.

The pair is researching the checkpoint kinase 2 (“Chk2”) this summer, and the ability of select inhibitors to turn it off. When off, as Bolcun-Filas demonstrated through previous research, Chk2 does not mark oocytes with DNA double-strand breaks for apoptosis (cell death), allowing them time instead to repair the damage. A medical application of this might help protect young female cancer patients from infertility and premature menopause, since the oocytes with DNA damage induced by radiation therapy would repair themselves, as opposed to being automatically eliminated by Chk2.

Loose, who speaks admiringly of Bolcun-Filas, is passionate about their work in reproductive biology and female fertility, in particular. She hopes to follow in her mentor’s footsteps as she begins the process of applying to graduate schools and thinking about what she wants out of a career: “Ewelina has just gotten so far so young. The first day when I met her and she described loving the challenge of studying meiosis, I was like, ‘Wow. That's awesome.’ I hope I can say that some day.”

Ever wonder who does what in a research lab? We joined the Bolcun-Filas group for a day to learn about the scientists who work…