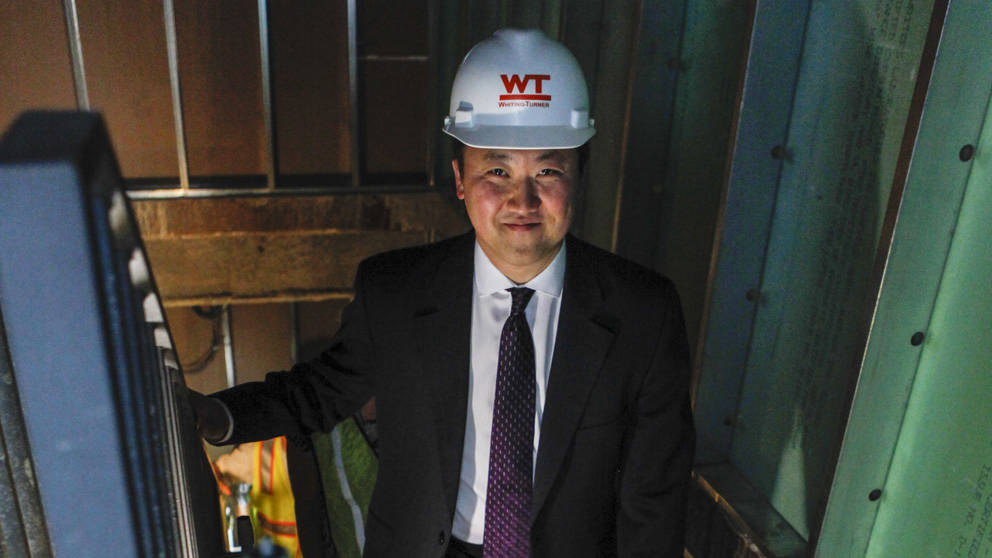 In 1929 a scientist with foresight established a research laboratory in Bar Harbor, Maine, near the shores of Frenchman Bay. The mission of The Jackson Laboratory was at the vanguard of science at the time: to reveal the genetic causes of cancer—then thought to be an infectious disease—and to find better therapies for patients.

Together we will contribute to better health for people everywhere while growing Connecticut's bioscience economy.

Since its founding eight decades ago the Laboratory's award-winning mammalian genetics research has made vital contributions to human disease research and medical progress. Its mouse models of human disease have supported biomedical research around the world. And its education programs have trained thousands of young and established scientists and physicians and nurtured the early careers of three future Nobel laureates.

Along the way, the tiny laboratory that first employed a dozen staff members has grown to more than 1,600 employees. And with the October 2014 opening of its new research center, The Jackson Laboratory for Genomic Medicine, in Farmington, Conn., the Laboratory launched into a major new realm.

"JAX Genomic Medicine represents a very powerful scientific, medical and economic partnership between the Laboratory, the state of Connecticut, the University of Connecticut, the UConn Health Center and Connecticut hospitals," says JAX President and CEO Edison Liu, M.D. "Together we will contribute to better health for people everywhere while growing Connecticut's bioscience economy."

What made this partnership possible? In one word: genomics.

A new approach to medicine

Genomics involves the study of all of an organism's genetic material as a whole system. It is a step beyond traditional genetics—which uses reductionist, gene-by-gene methods—and has only recently been made possible by rapid advancements in DNA-sequencing technology. Genomics research provides crucial insights into the workings of complex genetic diseases such as cancer, diabetes and neurodegeneration.

But while genomics research is now possible, it is far from easy. As we learn more about how genomes work, we are also beginning to appreciate how much more there is left to learn. We still know relatively little about how multiple genes interact, how gene expression and protein production are regulated, what the consequences are when something goes slightly wrong in this vast and nuanced system, and so on.

It follows then that leveraging genomics research for medical progress offers both formidable challenges and vast potential benefits. Clinical genomics is a young and quickly growing field, but actual medical implementation has lagged behind early expectations. There needs to be a catalyst to accelerate progress, and JAX Genomic Medicine—primed with a $291 million investment from the Connecticut legislature and governor—is poised to fill that role.

"Over our 85-year history, The Jackson Laboratory has emerged as a world leader in mammalian genetics, and our discoveries have paved the way for the major medical advances of our lifetime," says Liu. "Now, building on that foundation, our expanded focus on human genomics places us at the forefront of applying that genetic experience to human health. Our goal is to transform medicine through our integrated approach by moving basic science to clinical impact."

On its own, JAX Genomic Medicine is an important institution off to a great start. Early recruiting has been extraordinarily successful, with several well-known and highly regarded senior scientists joining the faculty, led by Scientific Director Charles Lee, Ph.D., a pioneer in genomic structural variation research. Junior faculty members are doing exciting work in their own right, and two assistant professors at JAX Genomic Medicine, Zhengqing Ouyang, Ph.D., and Michael Stitzel, Ph.D., were selected by GenomeWeb for its 2013 list of up-and-coming genomics researchers.

A burgeoning research program with exciting new collaborations is gaining momentum. The workforce has already grown to more than 120 scientists and staff, ahead of initial employment goals, and 300 employees are expected within a decade. Both computational and bench research faculty enjoy the latest in laboratory design and equipment, and a dedicated clinical genomics laboratory provides sequencing and patient data analysis to physicians next door at the UConn Health Center and around the country.

As impressive as all this is, however, a crucial part of JAX Genomic Medicine's ultimate success depends on its being part of the larger Laboratory. Human data and clinical collaborations are essential for translational medicine, but so is an effective experimental system in which it is possible to test findings from patients. The patients themselves are off-limits due to ethical limitations for investigating the underlying biology and developing candidate therapies for diseases and disorders. For that work, researchers turn to model organisms, mice being prominent among them, for a variety of reasons. And no institution in the world compares to JAX for having more or better mice for modeling human diseases, or the expertise to work with them effectively.

Professor Jacques Banchereau, Ph.D., who leads JAX's immunology research program on both the Connecticut and Maine campuses, describes JAX's disease research as forming a triangle. Clinical collaborators, patient access and patient data are on one side, the best technology and capability to leverage it on another, with the mouse resources and expertise completing the triangle, all within the same organization. To date there has been a significant gap between the worlds of genomics research and clinical care. JAX's research prowess and ability to move seamlessly between patients and experimental disease models creates an exciting opportunity to accelerate both the pace of biomedical discoveries and the speed with which they can be brought to the clinic.

Charles Lee left a number of prestigious appointments, including one at Harvard Medical School, to lead the scientific program at JAX Genomic Medicine. In an interview he did soon after his

arrival in Farmington for a previous issue of JAX’s The Search magazine, his enthusiasm was palpable. As he said at the time, "Every day when I come to work I feel the positive energy from everyone around me, working hard together to make a difference, and it's all worth it. It's a privilege to have the opportunity to do something that goes far beyond ourselves, to make breakthroughs that will benefit mankind."

Now, with research projects well under way and the permanent facility opened, Lee relishes both the challenges and vast potential of his opportunity. "JAX Genomic Medicine has already been making amazing strides forward, and this is just the beginning," he says. "Through our own research, as well as partnerships being developed with other Connecticut institutions including the University of Connecticut, Connecticut Children's Hospital and others, we are well poised to dramatically transform how we treat disease, develop new cures and keep people healthy."