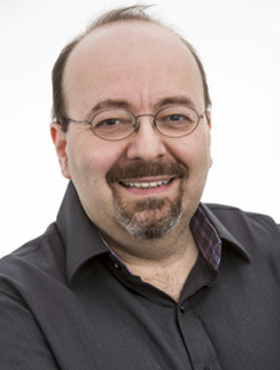 Farmington, Conn. – Derya Unutmaz, M.D., an immunologist who studies the molecular mechanisms of T cells and their involvement in HIV infection and other chronic inflammatory diseases in humans, has been named a professor at The Jackson Laboratory (JAX) for Genomic Medicine.

Unutmaz joins JAX from the New York University School of Medicine in Manhattan, where he was professor of microbiology, pathology and medicine.

HIV, the virus that causes AIDS, “is finely adapted to infect and destroy CD4+ T cells,” a category of human immune cells, Unutmaz explains. “My research has focused on understanding what HIV ‘knows’ about the immune system and how HIV infection leads to disease. We are now using the knowledge we acquired from studying HIV to other chronic inflammatory disorders and to understand the aging of the immune system. JAX will be an ideal institution to continue our studies at the genomics level and translate them for clinical use.”

The Jackson Laboratory is expanding its research faculty in immunology—including cancer immunobiology, autoimmunity and host response to infectious diseases—as well as cancer and other research areas, at both the headquarters campus of Bar Harbor, Maine, and the new JAX Genomic Medicine facility in Connecticut.

Jacques Banchereau, Ph.D., JAX professor and director of immunological sciences, says, “Derya’s expertise in the immunological changes that occur during HIV infection will be a vital part of the Laboratory’s program to understand the workings of the immune system in a wide range of human diseases and conditions, including cancer, Alzheimer’s disease, cardiovascular diseases and even aging.”

The Turkish-born Unutmaz earned his M.D. at Marmara University Medical School in Istanbul. He completed postdoctoral appointments in the immunology department of Novartis in Basel, Switzerland; the Immunobiology Research Institute of Novartis and Chiron Corporation in Siena, Italy; and the Skirball Institute of New York University.

The author of 81 research papers, Unutmaz has contributed to seven awarded and pending patents. He is a U.S. citizen.