Searching for the secret ingredients of the Fountain of Youth

Could the secret to youth be as simple as the existing signaling molecules or proteins in your body? Recent studies using laboratory mice indicate that young blood can reverse some signs of aging when given to an older animal, suggesting that young blood contains certain humoral "rejuvenation" factors.

‘Rejuvenating’ factor for heart and muscle

The first demonstration of a "rejuvenation" factor that is naturally produced, declines with age, and reverses aging on the heart and muscle is from a group of scientists at the Harvard Stem Cell Institute.

As heart muscles grow older, they grow thicker. The thickened myocardium can pump blood out but cannot relax enough to refill between pumps, a condition called diastolic heart failure. There is no treatment available currently to reverse the thickening of myocardium and restore normal function (Loffredo 2013). Initially, stem cell biologist Amy Wagers and cardiologist Richard Lee wondered if any circulating factors in young blood might affect aging hearts. They used a parabiosis approach to yoke together five sets of 2-year-old mice paired with 2-month-old counterparts. After 4 weeks of connection, the myocardial tissue from the five old mice had thinned and softened, looking just like the 2-month-olds. The team began looking at factors in the blood, including amino acids and lipids, that may be responsible. Their results revealed that the circulating protein growth differentiation factor 11 (GDF11), which regulates the growth of spinal and olfactory (smell) receptors, is produced abundantly in young mice, but production drops off with age. The team further confirmed that GDF11 stops the thickening seen with age in cultured cardiomyocytes and directly counteracts the genes responsible for muscle thickening, and that old mice injected with GDF11 protein developed younger, stronger heart tissue (Loffredo et al. 2013).

In humans and mice, the hippocampus is particularly vulnerable to aging, exhibiting down regulation of plasticity-related genes associated with decreased synaptic plasticity, reduced spine density, and impairments in associated cognitive functions. The Wyss-Coray group investigated whether there are "rejuvenating" factors for the aged brain that can reverse these damages (Villeda, et al.2014). They found that exposure to young blood increased spine number in the dentate gyrus, and through functional studies using extracellular electrophysiological recordings, young blood also enhanced the synaptic plasticity in the hippocampus of old mice. In addition, they demonstrated that simply injecting plasma from young mice into old mice can boost learning and memory.

Using genome-wide microarray analysis of the hippocampus combined with Ingenuity Pathway Analysis (IPA), they identified a potential factor, cyclic AMP response element binding protein (CREB), that may be involved. The phosphorylated CREB was increased in heterochronic (old-young) parabionts as well as in old mice after administration of young plasma (Figure 1). Abrogation of CREB signaling within the hippocampus mitigated the enhancements in dendritic spine density in aged heterochronic parabionts and partially mitigated cognitive improvements observed in old animals after systemic administration with young plasma. Their results are promising; however, further studies are needed to determine whether CREB is truly a "rejuvenating" factor. 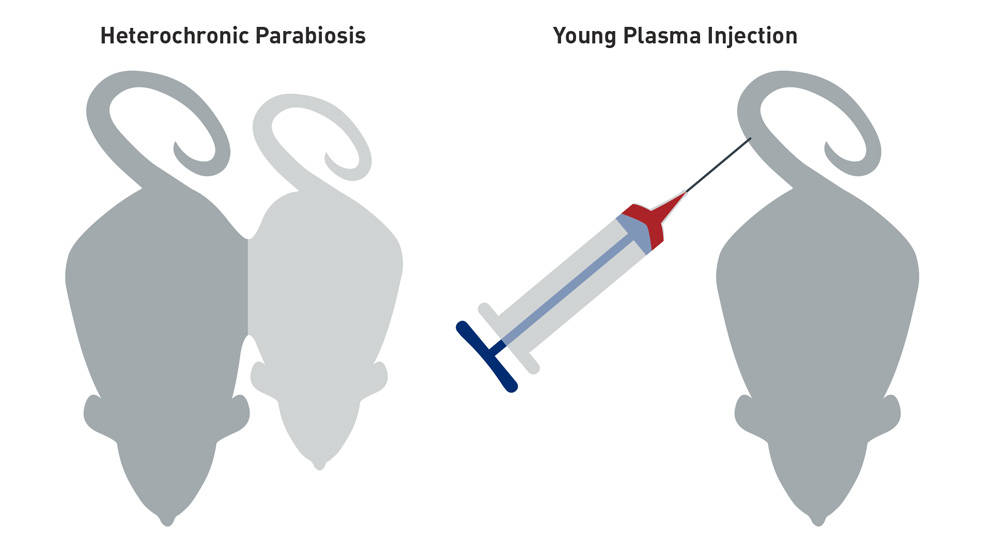 Figure1. Schematic illustration of heterochronic parabiosis between a young and old mouse and young plasma injected into an old mouse.

The studies mentioned above have used male C57BL/6 mice either from The Jackson Laboratory or the National Institutes of Aging. The applicability of utilizing the "rejuvenating" factors in humans remains to be determined. Plasma is given routinely to patients, therefore trials of this approach, unlike those testing a new protein, would not require U.S. Food and Drug Administration approval. Dr. Wyss-Coray’s group has started a company and is planning a small clinical trial that would give Alzheimer’s patients a series of plasma injections from young donors. He noted that in mouse models of Alzheimer ’s disease, they have already observed positive effects (Katsimpardi 2014).

Custom and Inventoried Aged JAX® mice are available for your research.

Explore the Mouse Phenome Database for longevity data and other phenotypic characteristics of common inbred strains.