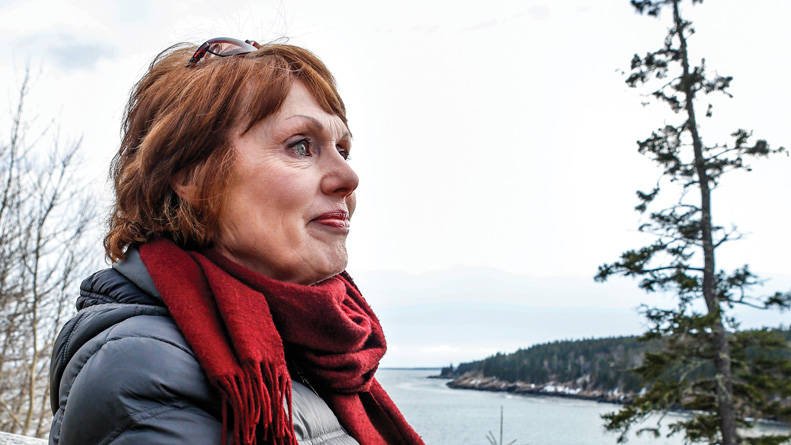 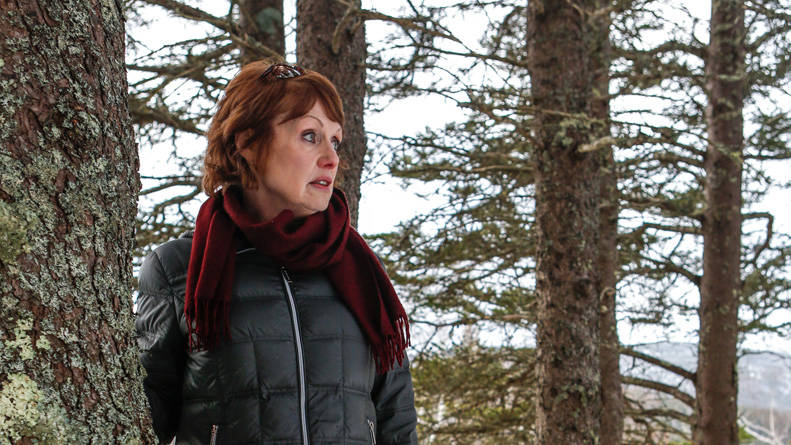 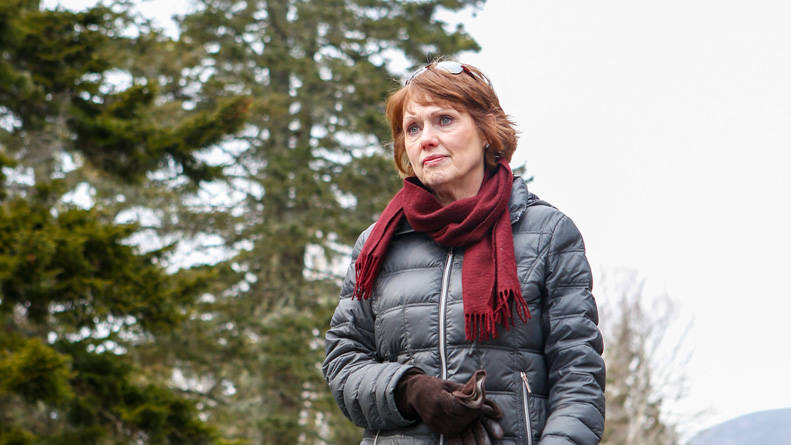 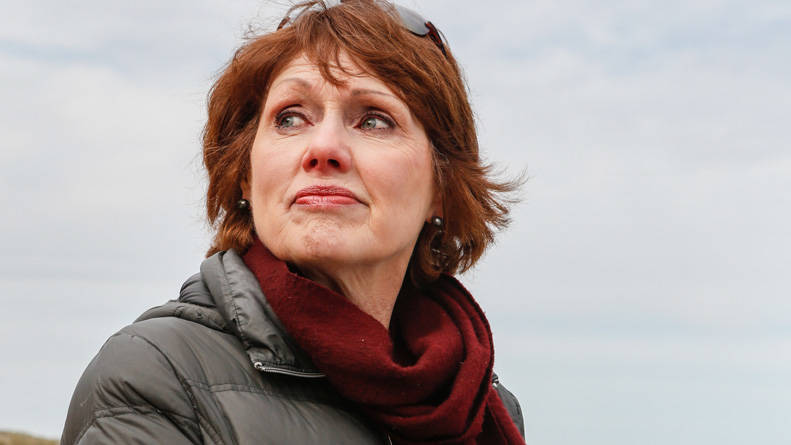 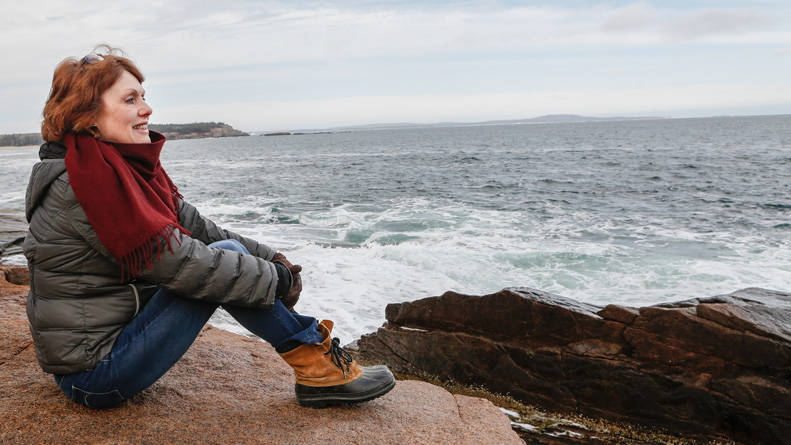 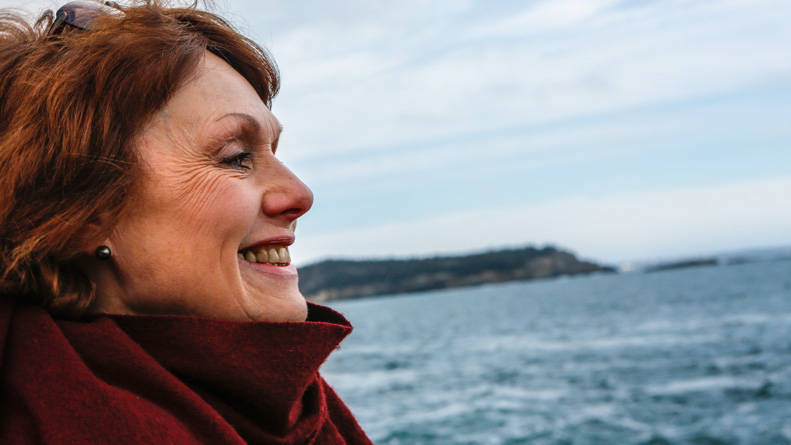 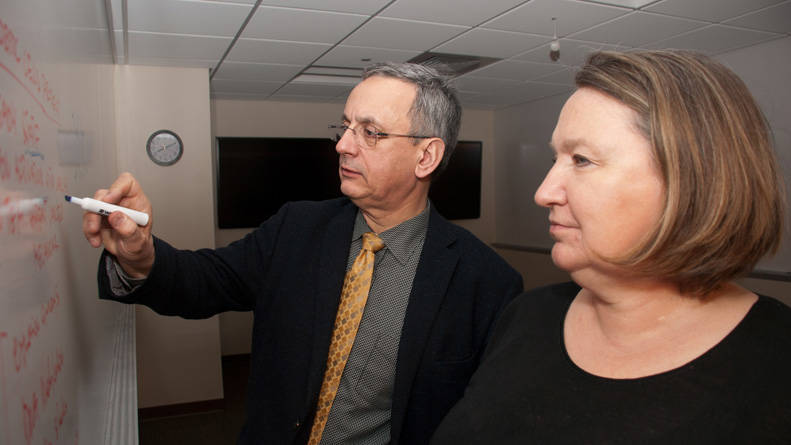 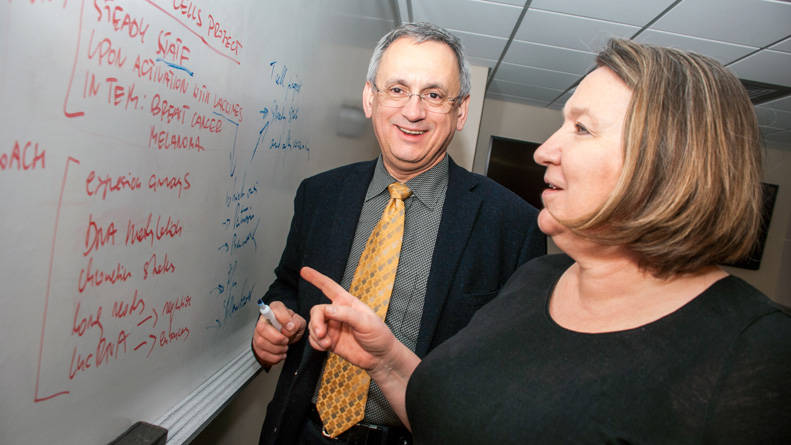 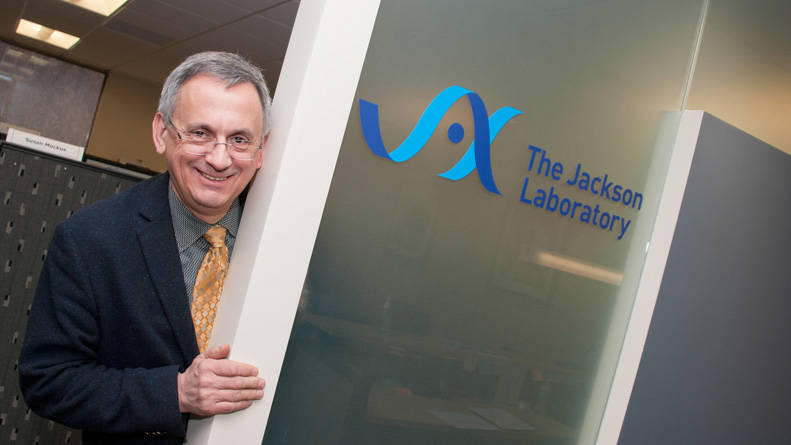 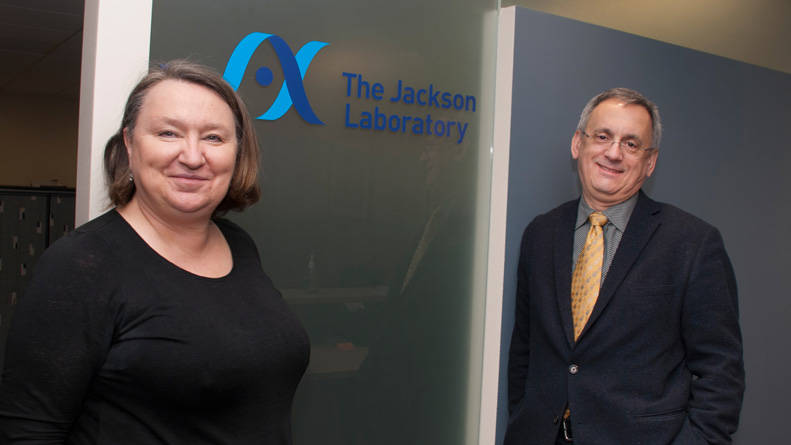 In 2012, after a routine mammogram revealed a suspicious spot in her left breast, Trish Ropp of Bar Harbor, Maine, learned she had cancer.

Although important progress has been made in identifying and treating some common forms of breast cancer, the disease remains a scary diagnosis. Ropp's was especially so. Her cancer is classified as "triple-negative" breast cancer—TNBC—and it is impervious to the most advanced, targeted cancer therapies.

"I generally feel most things in life can be dealt with," Ropp says, "but I know this disease could come back anytime, anywhere in my body, and be Stage 3 or Stage 4 before we know it's there."

Cancer is a highly complex disease, and what works to stop it in the laboratory often doesn't work in patients. Efforts are under way to bridge the gap from research to medicine, however, and The Jackson Laboratory is spearheading an important one with the Maine Cancer Initiative. Researchers at the Laboratory are teaming with Maine's top clinical centers to study cancer, and they have launched the Maine Triple-Negative Breast Cancer Study, funded in part by grants from Maine Cancer Foundation, the Davis Foundation and the Kleberg Foundation.

Despite significant advances in science and medicine, breast cancer remains the most frequent cancer diagnosis for women throughout the world and the second-highest cause of cancer deaths among women in the United States. One in every eight women born in the U.S. today will be diagnosed with breast cancer at some point in her life. Only about 20 percent of breast cancer cases in the U.S. fall into the TNBC category, according to the National Cancer Institute. But because of its aggressive behavior and because no effective drug targets have been identified, it has a higher mortality rate than other forms of breast cancer.

This disease could come back anytime, anywhere in my body, and be Stage 3 or Stage 4 before we know it's there.

In the TNBC study, breast tumor tissue from patients like Trish Ropp will be shipped to the Laboratory, where a portion of each tumor will undergo genome sequencing. The remainder will be implanted into specialized mice with a suppressed immune response that enables them to host human tissues. These recipient mice will then be tested with drugs that match the treatment of the tumor donor. The goal is to demonstrate if response to treatment in the mice mirrors that observed in individual patients.

"This is a study with a vision," says Professor Carol Bult, Ph.D., who heads the project at the Laboratory. "The Triple-Negative Breast Cancer Study brings together expertise in cancer genetics and clinical oncology from across the state to work collaboratively, using the power of emerging genome technologies and animal models to develop precise, individualized therapies for Maine cancer patients."

Like most research initiatives at JAX, the TNBC Study uses mice as models for human disease. In this case, the mice are a launching point for exciting projects that quickly mesh biomedical research with human patients and human medicine.

The mouse in question is known as NSG, short for NOD scid gamma, developed by JAX Professor Leonard Shultz, Ph.D., after years of advanced immunology work. NSG mice have immune system deficiencies that allow them to accept xenografts—implanted tissues from other species, such as human tumor tissue—and can even be engrafted with functional human immune cells. They therefore provide an advanced, realistic research platform for a number of human diseases that can be hard to recreate in mice, including cancer.

Over the last four years, the Laboratory has built a comprehensive platform for genome sequencing, data analysis and drug studies to advance the development of new, targeted cancer therapies. The Laboratory has implanted human tumors from a wide range of cancers into NSG mice to create what are called patient-derived xenografts, or PDX. PDX tumors are grown and expanded in the mice, yielding information about how the cancers change over time as well as a hugely valuable data and research resource for studying human cancer.

It's a challenging process, and not all tumors "take" and grow in mice. Nonetheless, JAX has established more than 300 PDX models from patient tumors so far, including bladder, brain, breast, colon, kidney, lung, ovarian, pancreatic, skin and other cancers. The Laboratory is now targeting high-risk, metastatic tumors for the PDX program, including those that have or acquire resistance to targeted therapies.

"The PDX program is a great place for us to start," says Thomas Openshaw, M.D., a medical oncologist who heads up cancer research at Eastern Maine Medical Center's Cancer Care of Maine in Brewer. "It allows us to identify different drugs that can be used on the xenograft, to zero in on what a particular patient's tumor might respond to."

A focused outgrowth of the PDX program, the Maine TNBC study may be small in scope, but it establishes critical infrastructure for growth in the rapidly emerging field of genomic medicine, says Susan Miesfeldt, M.D., a medical oncologist and director of the Cancer Risk and Prevention Program at Maine Medical Center in Portland.

"The goal is to start building bridges between basic research scientists and clinicians caring for women with triple-negative breast cancer," she says. "We have never done a project like this. We're all incredibly busy clinically, but now we have The Jackson Laboratory as a scientific partner to help ground the project. This pilot project will really help to establish and build the infrastructure for the future."

While the PDX program provides a solid foundation of knowledge and resources, the benefits to patients are indirect. The next step in the cancer xenograft story is to use a similar platform to create "avatars," mouse stand-ins for specific human patients in which therapeutics can be tested and treatments refined. Eventually, researchers expect to be able to assign a team of mouse avatars to a specific patient, so testing of second-line drug therapies can take place while the patient undergoes initial standard of care treatment. Although a full-blown clinical trial of this patient-specific avatar model may take a few years, the Maine TNBC study will pave the way, Openshaw says.

"Clinical research is a rising tide that lifts all boats," he says. "It allows us to think more deeply and be better informed, with enormous benefits for the patients and clinicians in our practice and for the people of Maine."

Hope for the future

For Trish Ropp, that future is unknown. Still, she remains philosophical about her cancer and its treatment.

"It could be years before they crack whatever code there is," she says. "And this cancer of mine could come back anywhere—my brain, my liver, my lungs. And if it comes back, the chemo I had this time won't be much use to me. So what I really have to fight with now is my own good health and my commitment to exercise, diet and serenity."

She credits scientific research for having improved the outlook for breast cancer patients in the past, and takes inspiration from patients who have tried out new drugs and procedures as they have become available. She has told her physicians that she would be honored to have her cancer tissue used in the new pilot study.