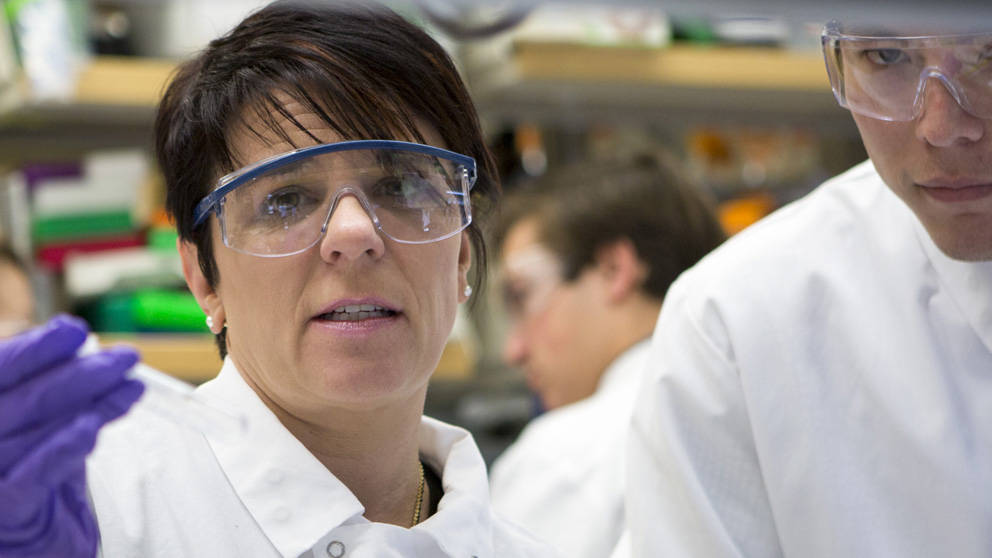 Amyotrophic lateral sclerosis (ALS), also known as Lou Gehrig's disease, is a neurological disorder characterized by progressive degeneration of motor neuron cells in the spinal cord and brain, which ultimately results in paralysis and death. Decades of family studies have demonstrated that ~10% of all cases of ALS are inherited. However, the genes responsible the inherited forms of ALS have remained largely elusive until now.

In recent years, a number of genes that are responsible for Familial ALS including TDP-43, Ubiquillin2, and FUS have been identified as causative in the disease. In October 2011, repetitive sequence in the gene C09ORF72 was discovered to be the single largest cause of ALS, explaining an astonishing 40% of all Familial ALS cases. Collectively, these four genes explain approximately two-thirds of familial ALS.

Scientists are rapidly engineering mice to model these genetic lesions, enabling better understanding of the pathogenesis of these diseases. "It’s never been a more exciting time for ALS research and the mouse resources will be key in advancing the pace therapeutic discovery," according to Dr. Cathy Lutz, director of the Genetic Resource Science Repository.

A consortium of ALS research groups convened in 2009 with the goal of expanding and improving the mouse models available for ALS research. With funding from the ALS Association, the ALS Therapy Alliance, and the Tow Foundation in 2010, this effort took on new strength, making progress to create a National ALS Mouse Model Resource at The Jackson Laboratory to offer well-characterized mouse models and accelerate the treatment and cure for this devastating disease.

Discoveries over the past few years point to the role of RNA processing proteins as a key to understanding the causes of ALS. The identification of mutations in the TARDBP gene has been shown to be causative in a small proportion of familial ALS cases. Similar experiments uncovered mutations in a related RNA processing gene called fused in sarcoma (FUS). Creation and rapid distribution of mouse models of these disorders is critical to understanding the causes of and, ultimately, finding treatments for ALS.

Dr Robert Baloh (Washington University School of Medicine) was the first to donate an ALS model to JAX. The mouse Tg(Prnp-TARDBP*A315T)95Balo arrived in September 2009 and was made available for distribution in March 2010. This mouse was followed by donations of additional TARDBP models from the laboratories of Drs. Virginia Lee (University of Pennsylvania), and Leonard Petrucelli (Mayo Clinic), providing additional resources for important comparative research.

Mouse models for FUS, Ubiquillin 2 and C09ORF72, are currently in the process of being designed and characterized.