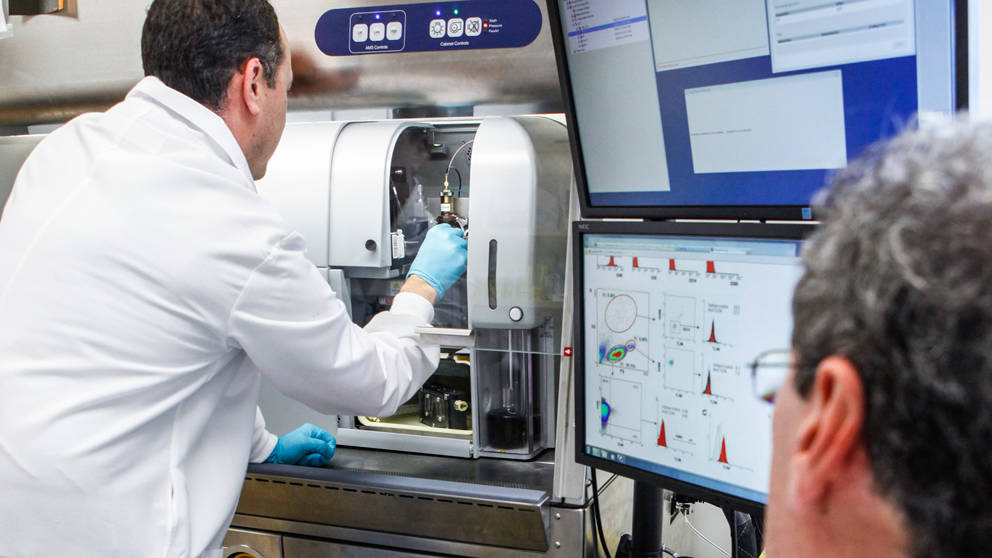 Farmington, Conn.  -- The Jackson Laboratory has met significant organizational milestones and made important scientific progress at its new genomic medicine institute, according to a new report the institution submitted to Connecticut Innovations.

The report states that JAX has hired a diverse group of top-level scientific leaders, entered into research agreements with clinical and academic institutions, garnered substantial grant funding and applied for licensing rights for a number of processes and discoveries.

In addition to managing the construction of the 183,000-square-foot facility on the campus of the UConn Health Center, JAX officials reported the following achievements in 2013:

Scientists hired: Of the 79 employees hired by JAX Genomic Medicine in 2013, 48 are senior scientists (Ph.D.-level) and 24 were residents of Connecticut before joining the organization. The average annual wage is $124,703, which is more than one and a half times the average wage in Connecticut.

Grants received: In 2013, the first full year of JAX Genomic Medicine, scientists there received federal grant awards valued at a total of $3,187,195. In addition, scientific director Charles Lee, Ph.D., was awarded a $7.5 million, 5-year grant from the government of South Korea, in support of a large-scale cancer genomics project in collaboration with Seoul National University.

The Laboratory also received a total of $514,000 in philanthropic donations for JAX Genomic Medicine.

Grants applied for: JAX Genomic Medicine scientists applied for more than 30 grant proposals in 2013 with a total value exceeding $60 million. These funds are distributed by the National Institutes for Health, the American Cancer Society, the federal Department of Defense and other sources. Grants awarded in 2014 will generate significant revenue for JAX Genomic Medicine.

Patents applied for: In 2013, Connecticut-based JAX scientists applied for three patents and licensing agreements based on innovations in stem cell technology, disease treatment and DNA analysis.

Clinical research collaborations: JAX Genomic Medicine has entered into a collaborative cancer research agreement with Connecticut Children’s Hospital. This project supports the joint investigation of the genetics of human cancers and the development of individualized treatment based on patient and tumor genomic profiles. In addition, JAX Genomic Medicine is in the process of finalizing a similar cancer research agreement with Hartford Hospital.

The Jackson Laboratory is an independent, nonprofit biomedical research institution based in Bar Harbor, Maine, with a facility in Sacramento, Calif., and the new genomic medicine institute in Farmington, Conn. It employs a total staff of more than 1,600. Its mission is to discover precise genomic solutions for disease and empower the global biomedical community in the shared quest to improve human health.