Jack Szostak, Ph.D., has had a great deal of success following his own research path.

As a college undergraduate, Szostak came to The Jackson Laboratory for a summer of research. Later, as an independent investigator, one of his side projects eventually resulted in a Nobel Prize. And his current quest will shed light on one of biology's most fundamental questions—how did life begin on Earth?

Szostak began with an interest in math—fractions and algebra in particular caught his attention—and a chemistry set in his basement. Like many of his peers, he cooked up some dramatic chemical reactions, not all of which turned out as planned. "Sometimes not knowing how to do things quite right leads to…, " Szostak chuckles as his voice trails off. "Well, I still have scars."

Szostak's fondness for chemistry never waned, but a couple of early experiences steered him toward biology. An inspirational high school biology teacher fueled his interest in the possibilities. Then, while an undergraduate at McGill University in Montreal, he spent three months after his sophomore year in 1970 in the Laboratory's Summer Student Program.

Then I began to wonder, if you can evolve molecules in the lab, how did these things get started in nature?

Then I began to wonder, if you can evolve molecules in the lab, how did these things get started in nature? Szostak worked with Dr. Chen Chai on thyroid hormones. "The research involved genetics, simple biochemistry, and mouse behavior and physiology, so it was a good introduction to higher level biological research," he says.

After grad school and a postdoctoral stint working with Ray Wu, one of the pioneers of DNA sequencing technology, Szostak began his career as an independent investigator in 1979 at the Sidney Farber (now Dana-Farber) Cancer Institute, studying how yeast cells repair and recombine "broken" DNA. This interest soon sparked a collaboration that was to have significant ramifications.

In 1980, Szostak heard Liz Blackburn speak at a conference about her work with telomeres—the caps on the end of chromosomes that protect DNA from damage—and was inspired to work with her. "At the time it was only a small side project in the lab, but it was very exciting."

Little was known about telomeres when Szostak and Blackburn began their collaboration. By studying yeast, they were able to tease out telomere structure and function. Their work yielded a significant breakthrough when they proposed the existence of what became known as telomerase, the key enzyme for maintaining telomeres in cells.

Today it is recognized that too much telomerase function can allow cancer to progress unchecked, while too little is believed to accelerate cell damage and aging. Szostak and Blackburn's work opened up what is essentially a new field, and research continues to shed light on the function of telomeres and telomerase and their impact on human health.

Szostak and Blackburn won the 2009 Nobel Prize in Physiology or Medicine, sharing it with Carol Greider, who first detected telomerase biochemically while a student in Blackburn's lab. In announcing the prize, the Nobel Assembly stated, "The award of the Nobel Prize recognizes the discovery of a fundamental mechanism in the cell, a discovery that has stimulated the development of new therapeutic strategies."

"The Nobel Prize trip to Stockholm was a very exciting period," Szostak remembers. "It was an intense week full of activities with my wife and kids and friends and colleagues. And the award ceremony is pretty amazing—they really know how to put on a party!"

For all his renown, one senses that Szostak's greatest motivation still comes from simply seeking answers to the questions that spark his curiosity. It's therefore not all that surprising that he took on a different challenge just as his chosen field of study was really heating up.

"I had been doing yeast genetics for a long time, and a lot of people were coming into it and addressing the important questions," Szostak says. "So I began to work with RNA biochemistry instead and looked at RNA that acted like enzymes. I was able to produce new RNA molecules with specific functions and evolved new RNA, DNA and peptides in the lab using evolutionary principles. Then I began to wonder, if you can evolve molecules in the lab, how did these things get started in nature? How do you get a bunch of chemicals on a primitive planet to come together and start acting like cells and evolve in a Darwinian sense?"

The current work is a broad topic that encompasses planet formation, astronomy, organic chemistry, biophysics and more, and allows him to "interact with a wide array of wonderful people" in his research.

Outside of the lab, Szostak has two active boys and enjoys hiking and family time. In keeping with family tradition, he also helps his youngest son experiment using a chemistry set. 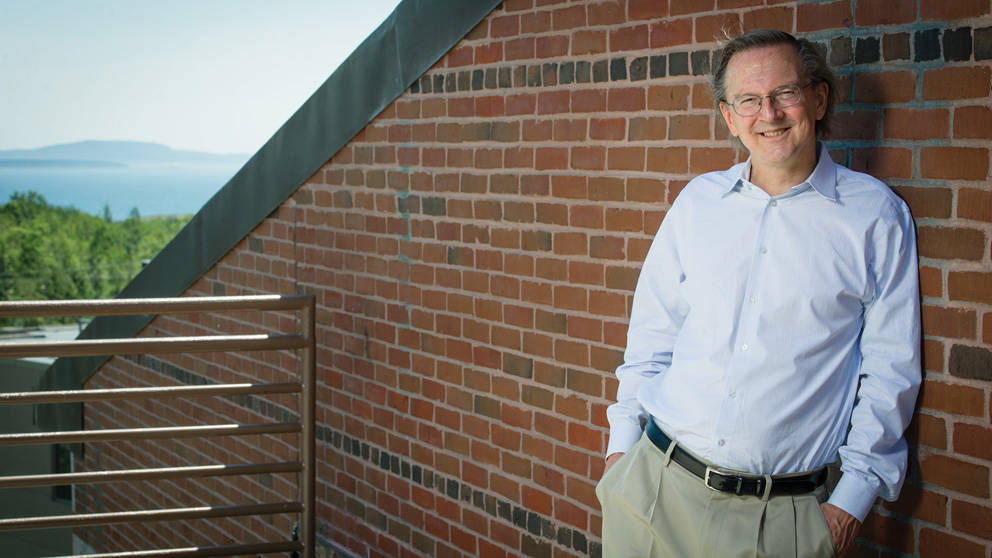