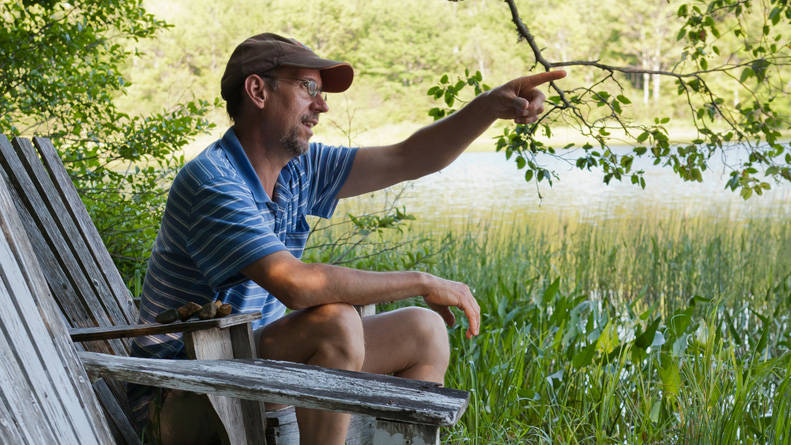 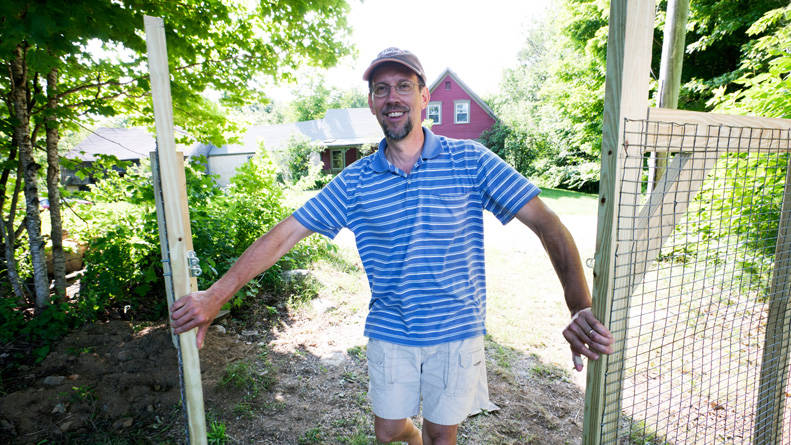 LaRoche's time at The Jackson Laboratory taught him that inquiry opens up the world of science for his students. 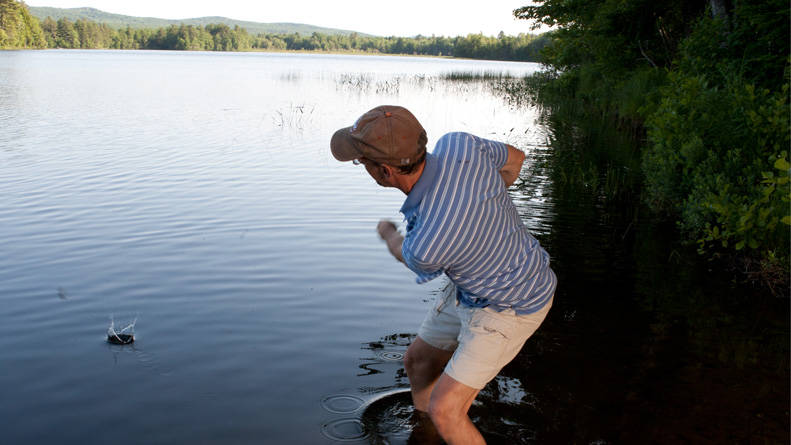 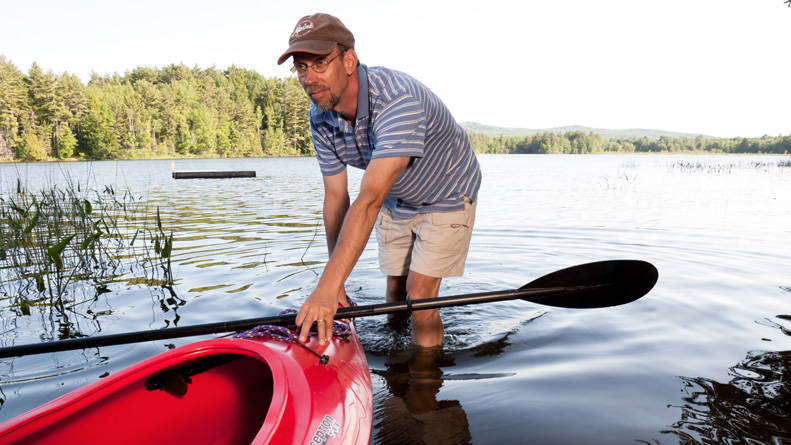 The students in Brad LaRoche's 6th-grade science class at the Camden-Rockport Middle School have a lot of questions. Some of them are posted on a bulletin board in the classroom:

Why do rivers freeze?

Why do people yawn?

Why do we have allergies?

Where do nightmares come from?

"I always ask them, 'What other questions do you have after you answer that one?'" LaRoche says. "That's the best way to open up their curiosity about the world."

LaRoche has been teaching middle school science for 15 years. He grew up in Searsmont, Maine, a small town just inland from Belfast, and graduated from the University of Maine in 1981 with a degree in Recreation and Park Management. He worked as a park ranger, educating visitors to the Boston Harbor Islands National Park, before becoming a school teacher.

It's a background that has fueled his lifelong love of nature and energized his enthusiasm for sharing it with others. His transition to the classroom was a natural next step.

What other questions do you have after you answer that one? That's the best way to open up [students'] curiosity about the world.

In 2009, LaRoche participated in the semester-long Research Internship Program for classroom teachers at The Jackson Laboratory. His school freed him up from January through May, a hard call for any school district, but made easier thanks to a Laboratory stipend provided to working teachers who take part in the program. The salary may then be used by the school to hire a classroom substitute. The program is supported by the Howard Hughes Medical Institute, the Arthur Vining Davis Foundations and Jane's Trust. LaRoche lived in a small house near the Bar Harbor campus and put in a regular work week at the Laboratory.

"They teamed me up with Tom Chase, who worked in Lenny Shultz's lab," LaRoche recalls. "He was studying cures for heart disease in mice with muscular dystrophy."

The mice in Chase's study exhibited surprising strength in their heart muscles, despite having been specially bred to lack a key enzyme for healing breaks in muscle tissue. For five months, LaRoche immersed himself in the hands-on workings of the lab, examining mouse muscle fiber cells for their regenerative ability in response to a variety of conditions.

"I did everything that the research called for," LaRoche says. "The last month I was there, I was walking around the lab, looking at all these high-level scientists and Ph.D.s from around the world and feeling amazed that I was having the chance to work with them."

LaRoche is one of 10 public school science teachers in Maine who have taken part in the Laboratory's Research Internship Program since it started in 2004. Another 17 participants have come from the Master of Science in Teaching Program at the University of Maine that prepares aspiring teachers to tackle the challenges of teaching in the STEM fields of science, technology, engineering and math. Professor Molly Schauffler of the University of Maine Department of Earth Sciences coordinates a weekly seminar at the Laboratory in which the interns learn to prepare a five-day, research-based classroom science lesson. They also learn about students' common science misconceptions.

"For instance, many high school students believe that elephant cells are bigger than mouse cells," Schauffler says. "Or that cells always look like a fried egg, because that's how they're usually drawn in textbooks." Inaccurate ideas like this can undermine a student's long-term progress in science, but a well prepared teacher can identify and dismantle student misconceptions, she says.

LaRoche's time at the Laboratory taught him that inquiry opens up the world of science for his students.

According to Schauffler, most of those who participate in the Research Internship Program are looking to improve their own understanding of the scientific process, as well as to give themselves a competitive edge in the teaching market.

"What attracts them most of all is the enrichment experience," she says. "A school wouldn't dream of hiring a basketball coach who had never played the game, but it is not uncommon at all for them to hire science teachers who have never done real science."

The Laboratory has supported as many as six interns each spring, says Lisa John, who manages educational outreach programming. The overarching goal of the program is to equip teachers with a deep understanding of the scientific process, first by helping them develop a project proposal, then by allowing them to work closely with a scientist mentor to carry out their project during the semester. Nationally, public education standards call for classroom teachers to have a stronger preparation in research theory and practice, John says, and to teach basic scientific principles beginning early in a student's educational life.

"This is an area we really need to strengthen in our schools," she says. "And the template is one that can be applied from second grade through graduate school."

The Research Internship Program is one of several Laboratory educational programs aimed at promoting an interest in science among young people. High school and college undergraduate students can take part in on-campus internships during the school year and in the summer, while younger students can benefit from age-appropriate, in-class science activities. The Laboratory hosts the Maine State Science Fair and is represented on the state's STEM (Science, Technology, Engineering and Mathematics) education advisory board.

The Research Internship Program for educators creates a "multiplier effect" in reaching students, as teachers return to their classrooms with a new enthusiasm for laboratory science and fresh tools for passing it on to their students.

The five participants in the 2012 class of interns studied mouse models for the genetic basis for congenital diaphramatic hernia and liver fibrosis; neuromuscular junction defects in a family of disorders known as Charcot-Marie-Tooth disease; the effect on fertility of chromosome crossover timing during reproductive cell division; and a new technique for scanning the brain's prefrontal cortex. In the future, Lisa John says, the Laboratory may develop an online component to the program to allow more participation without demanding interns' on-site presence for a full semester. But the goal will remain the same: to provide a deep immersion in the hands-on practice of laboratory science.

At the Camden-Rockport Middle School, LaRoche says his experience at the Laboratory "changed who I am as a teacher." He wishes more public school teachers would take advantage of the internship opportunity.

"I can see now that the question drives everything in science," he says. "If we don't allow students to direct their own learning, they won't learn as much. But if we have a culture of encouraging students to ask questions, we can drive tremendous change in public and private education in this country."