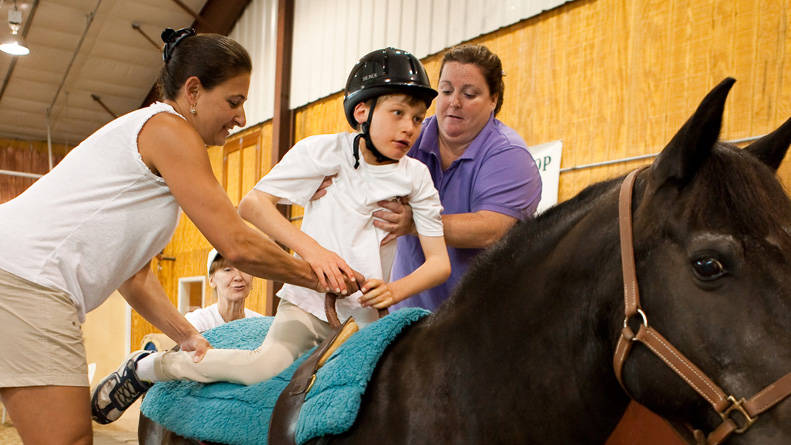 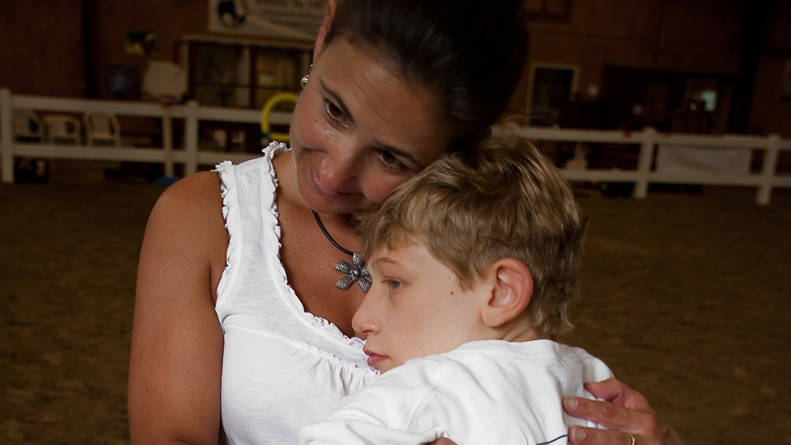 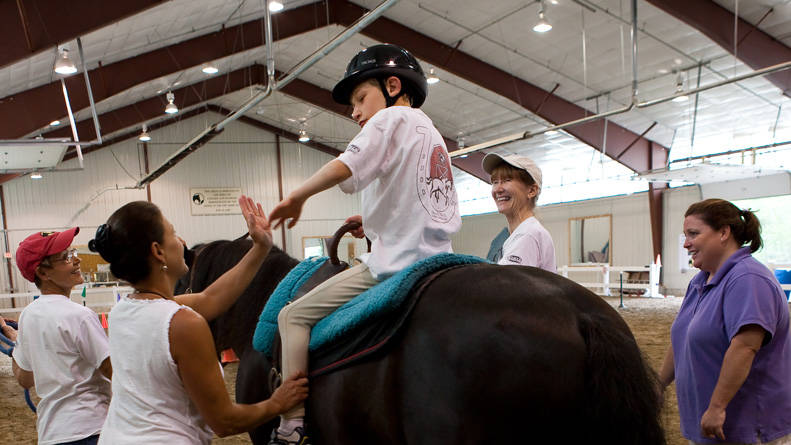 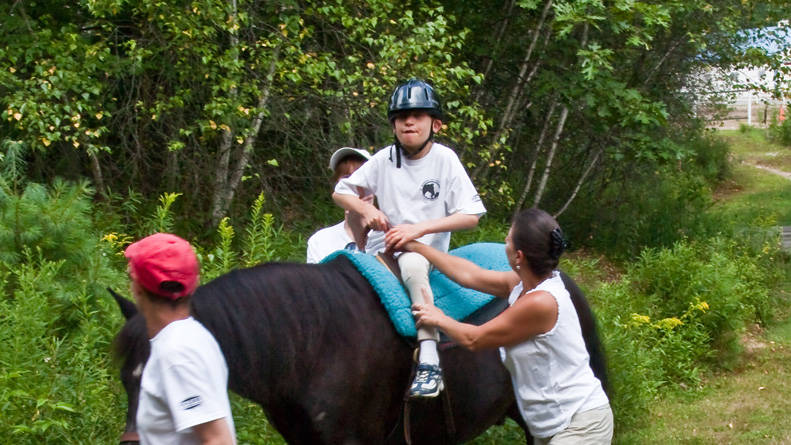 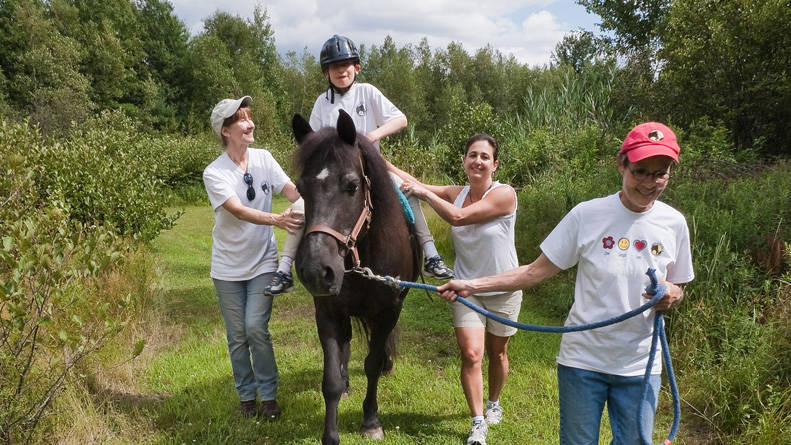 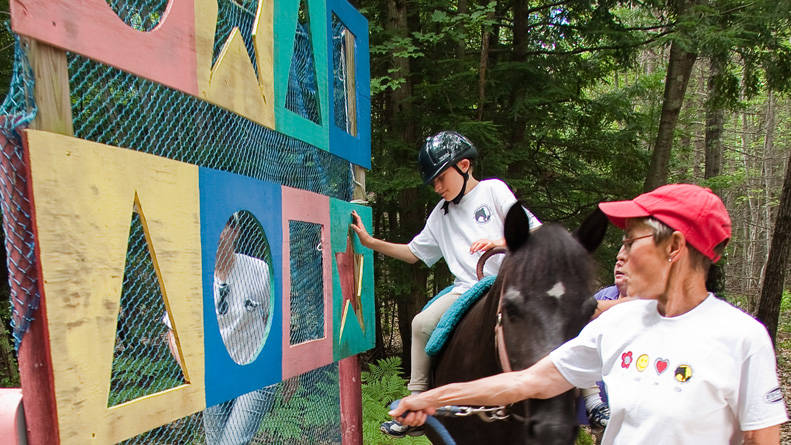 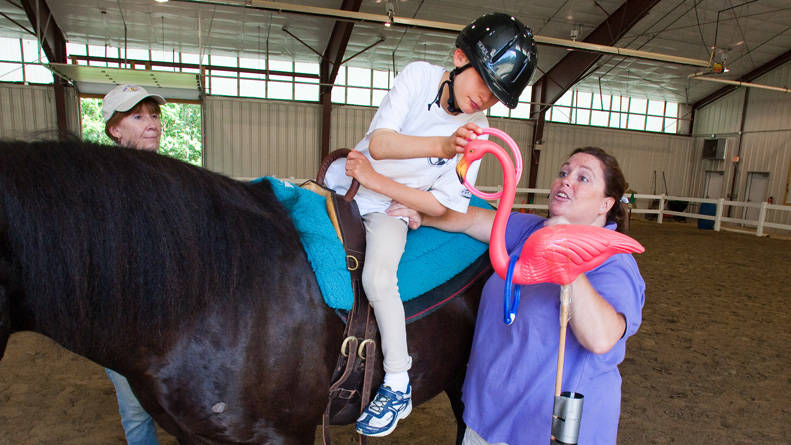 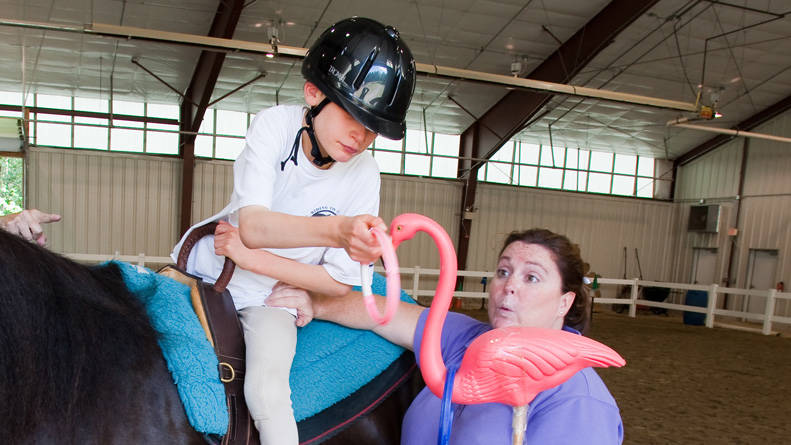 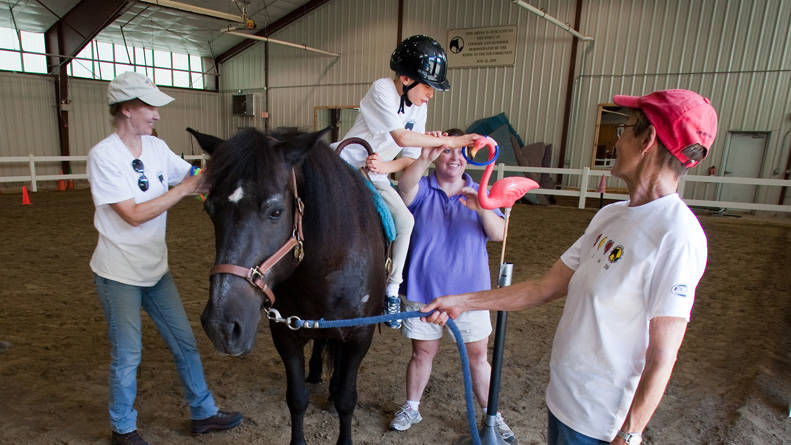 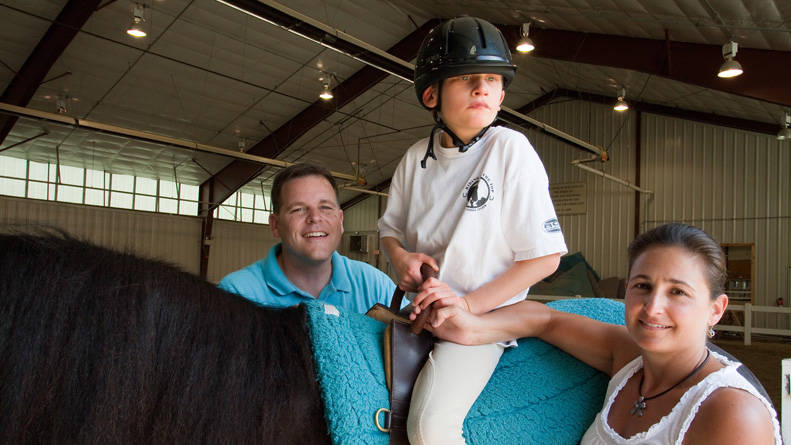 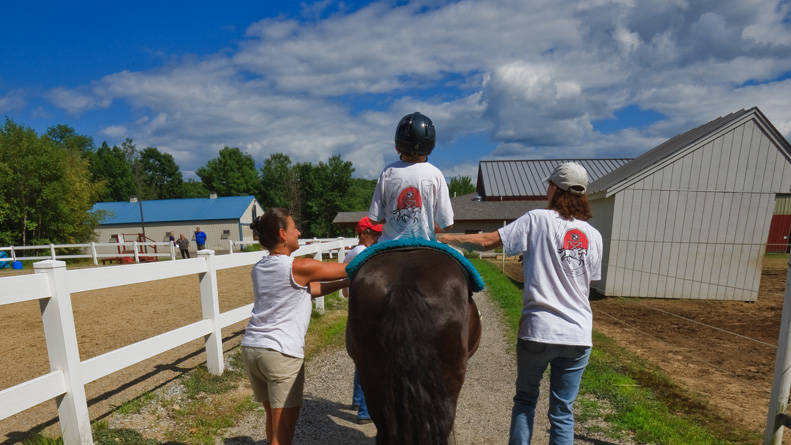 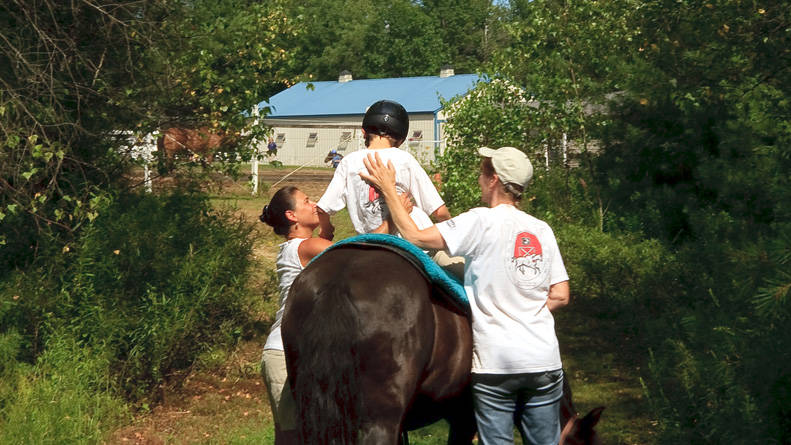 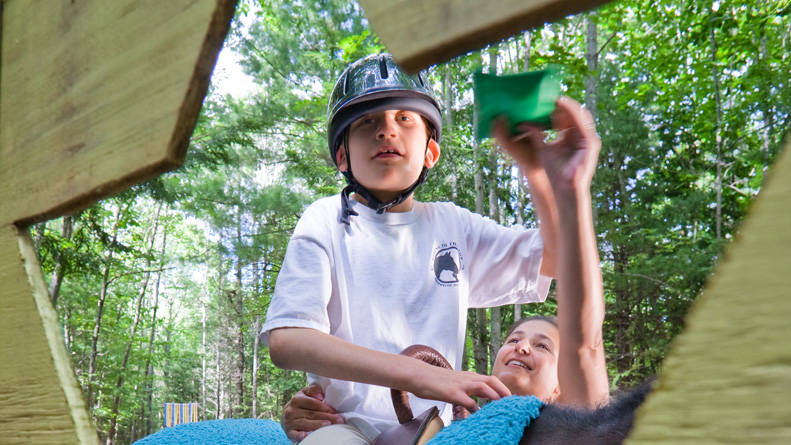 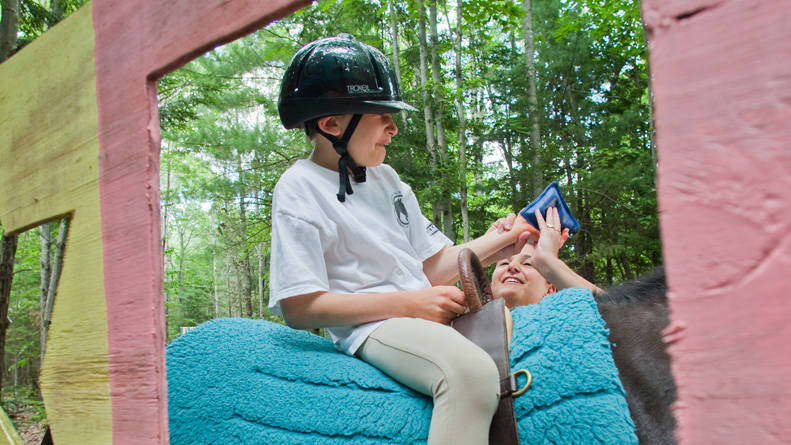 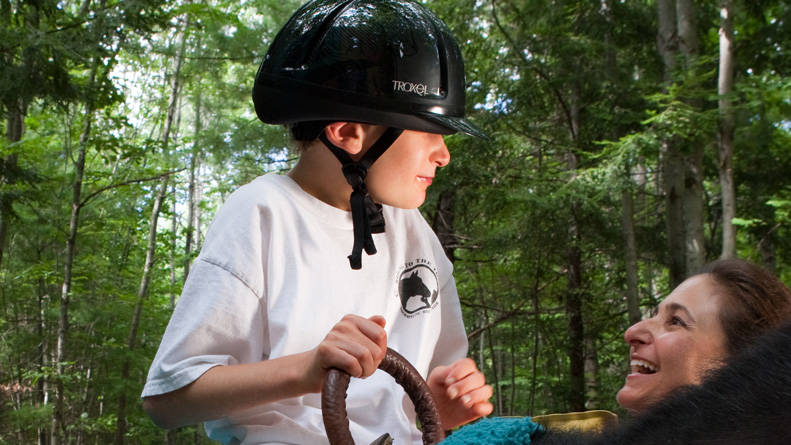 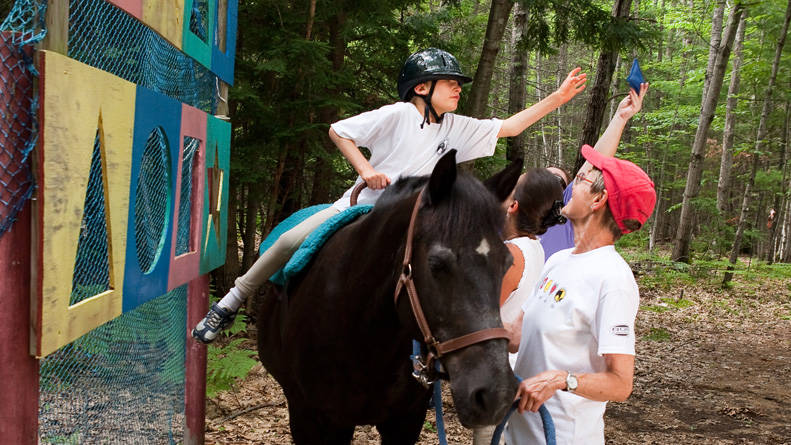 Scotty Wentzell is a boy on the go.

Recently he began to play tee ball and to surf in the Atlantic Ocean. He added those sports to horseback riding and swimming, both of which he began as a preschooler. And in the winter he's downhill skied since he was 5 years old. Scotty flat-out loves speed and the sensation of going fast.

It's an impressive list of activities, made even more so by Scotty's physical challenges. Scotty's health has taken Scott and Lisa Wentzell, Scotty's parents, on what his mother describes as an emotional roller coaster ride from the time he was born. It's a roller coaster that the North Yarmouth, Maine, family has ridden together, and it has led them to the edge of the genetic medicine frontier.

Mere days after Scotty was born, he nearly died from serious heart problems. Known as Tetralogy of Fallot, Scotty's condition is characterized by four serious heart defects and requires surgical repair. Scotty underwent successful open-heart surgery at five days old to address the most critical needs, then again at six months for a more thorough reconstruction.

It's doubtful Scotty will be able to live on his own, and I'm prepared to be with him.

For Scotty's parents, the most important thing was that after the initial scare, Scotty was out of danger. But when subtle problems with Scotty's development and progress alerted his parents and pediatrician that there may be a larger underlying disorder, they were referred to a geneticist.

Even then a diagnosis proved elusive, but over time the evidence pointed to a rare condition: Dubowitz syndrome. It not only has no cure, its cause is unknown other than the fact that it's a recessive genetic disorder. It's also very difficult to confidently diagnose—it wasn't recognized until the mid-1960s—as patients display a wide range of characteristics and symptoms, none of which are universal. Scotty, as it turned out, had more impairment to his cognitive development than many patients, but other than the initial heart malformation, has had relatively few medical difficulties.

So where is a parent to turn with such a diagnosis? The Wentzells found two highly effective resources through clinical experts and athletic programs. Medically, they were able to begin working with Dr. Gerald Cox, who holds positions at Boston Children's Hospital, Harvard Medical School and Genzyme. The leading expert on Dubowitz in the eastern United States, Cox works with many Dubowitz patients and even holds an annual "Dubowitz day," at which many Dubowitz families gather for appointments and sharing information.

"I met Scotty, his parents Scott and Lisa Wentzell, and his grandfather several years ago in my Genetics Clinic at Children's Hospital Boston," says Cox. "While Scotty has physical and communication challenges, none of this seems to slow him down. He has a zest for life and a sparkle in his eye."

But the vast majority of Scotty's time was to be spent outside of a doctor's office. The Wentzells, avid skiers who both worked at Sugarloaf Mountain Resort during the 1990s, brought Scotty into their world of movement. Unable to verbalize or walk unassisted as a young child, he nonetheless began swimming at age 3, and horseback riding and skiing by age 5.

"Scotty's gross motor skills have come a very long way," says Scott. "He began walking when he was 6, and he gets better and better in all the activities. He's very solid on a horse at this point and absolutely loves to ski."

"Scotty can't play a lot of team sports like other kids do," adds Lisa, "so we looked for therapeutic activities like the swimming and horseback riding, which he does through a program called Riding to the Top. But we also want things we can do as a family, and the skiing has been great for that."

While the family concentrated on helping Scotty, Dr. Cox was learning about genomics. The first human genome sequence was published in 2003 and continued progress in the field offered hope that someday the root cause of Dubowitz syndrome could be found through genome sequencing.

Scott also learned more about genetics and genomics through his work as marketing manager for Thomas Moser, a high-end furniture manufacturer. When Thomas Moser teamed with The Jackson Laboratory on some events, Scott saw the research side of the genetics field and the exciting possibilities it offered.

"Rapid DNA sequencing technology is now able to cost-effectively sequence the coding regions of all human genes," says Cox. "By comparing the DNA sequences of a few affected individuals with the same rare genetic condition, changes in the same region of DNA can be found that identify the disease gene."

It was Cox who referred the Wentzells to the National Institutes of Health (NIH) for a new research study. The Wentzells' trip to the NIH facility in April 2010 impressed them on several fronts.

"We went to the National Human Genome Research Institute (NHGRI) in Bethesda, Md., for three days of testing and working with the scientists," says Scott. "It's an amazing facility, very impressive and tightly run. Despite the strong security there we were treated incredibly well—it was like a Disney experience."

To the Wentzells' knowledge, Lisa was the second woman in the world to have her genome fully sequenced after actress Glenn Close.

"New large-scale sequencing technologies have successfully identified genes for many rare genetic conditions," says Julie Chevalier Sapp, the NHGRI genetic counselor who is working with the Wentzells. "Our laboratory has used whole genome and whole exome sequencing to discover the genetic causes of a handful of rare conditions and we hope that our application of these techniques to Dubowitz syndrome will be successful as well. Scotty Wentzell is a special young man who is truly a joy to be around; it's been a real pleasure to partner with amazing families like his to work toward a common goal."

While the NIH works behind the scenes to tease out the syndrome's root genetic cause, the Wentzells continue their efforts to expand Scotty's abilities and experiences. Lisa has stayed home with Scotty since his birth and coordinates the logistics for his many activities. She has also benefited from some robust community resources, including the special needs program in the Cumberland/North Yarmouth public schools.

"I was apprehensive before Scotty went to the public school for kindergarten, but it's been a great program and a great experience for him," says Lisa. "Scotty loves school and his classmates are very supportive and welcoming. He's like a celebrity in the community, and when we are at the grocery store and other places around town we're always getting stopped by people who know him and want to say hi."

Although Scotty does not speak, he communicates through a visual technique called picture exchange communication—which employs a book with picture images. Both parents have also seen significant strides in him as he learned colors, letters and numbers, and it remains unknown what his learning potential actually is.

"It's doubtful Scotty will be able to live on his own, and I'm prepared to be with him," Lisa says. "There's a strong group of parents of kids with special needs here, and we're talking about buying a house where they can go after they leave school to spend time together and have programs to help them. Then again Scott and I sometimes talk about how fun it would be to drive off together with

Scotty in an RV someday and tour the country for a while. In the end, we want to find new things to do and have fun together as a family."