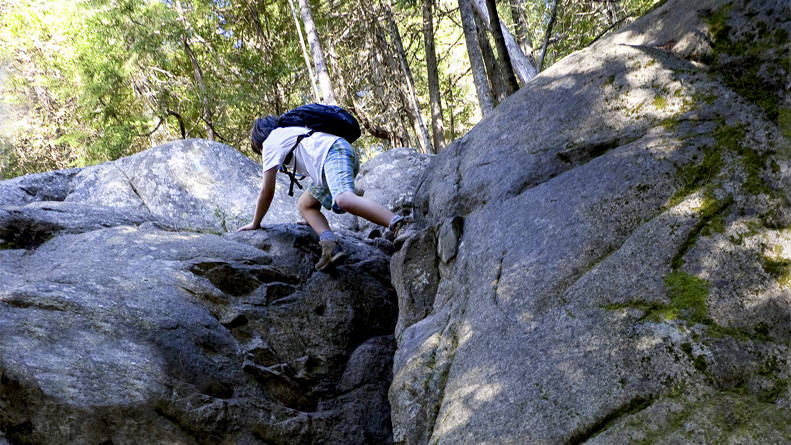 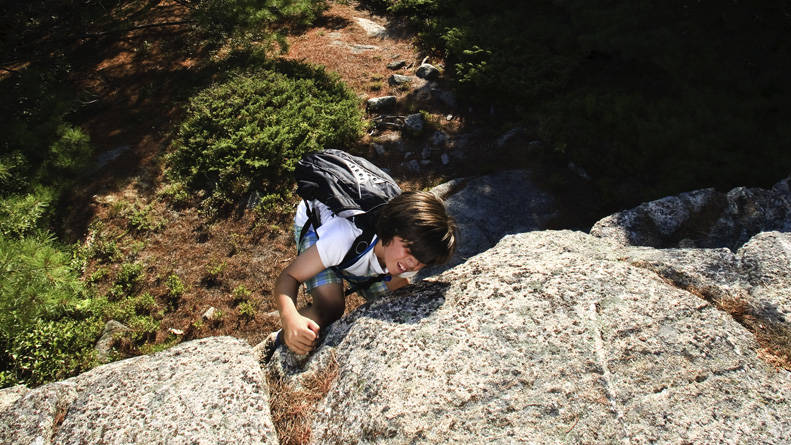 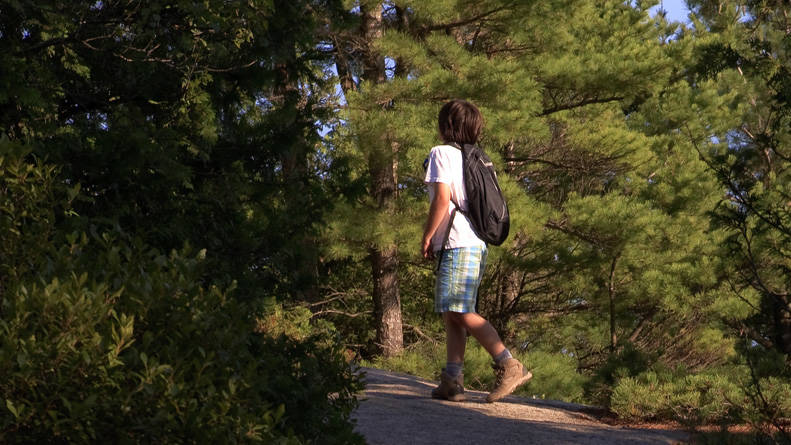 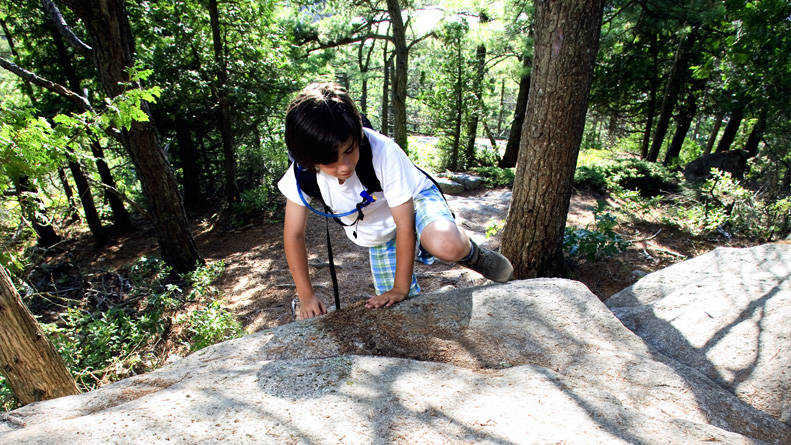 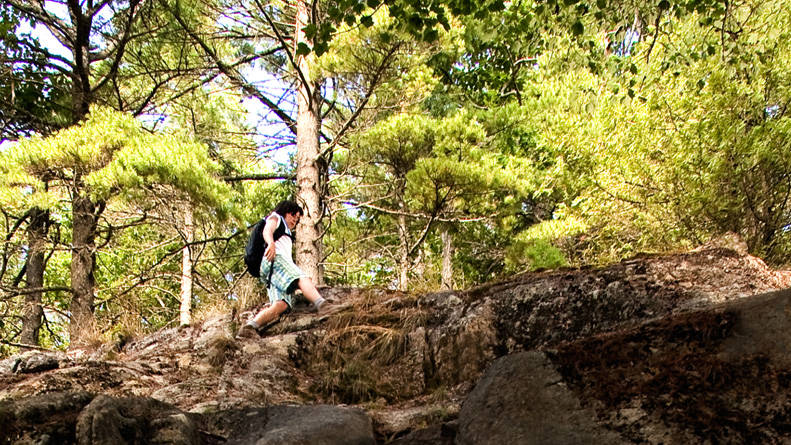 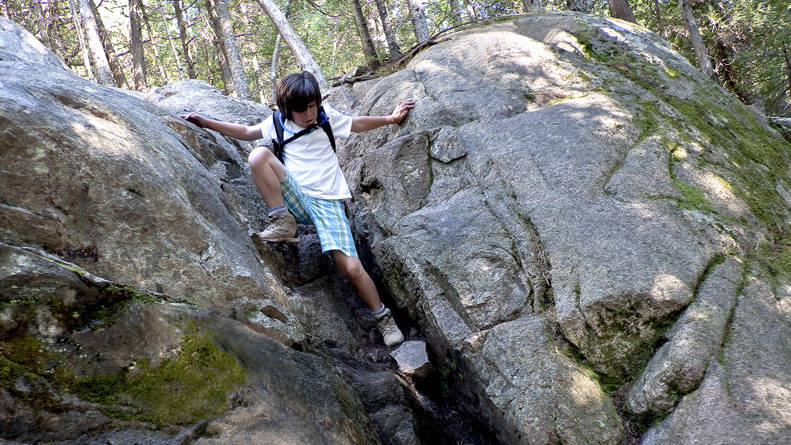 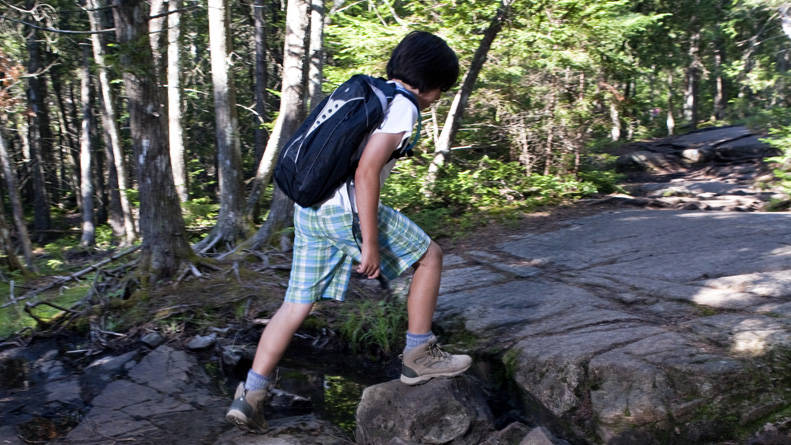 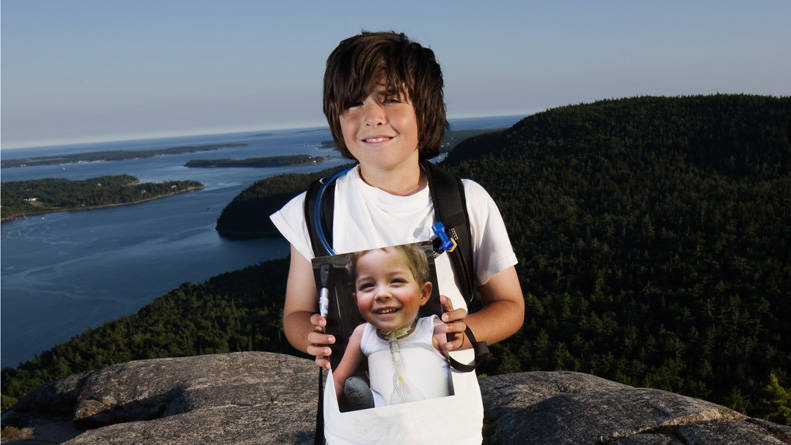 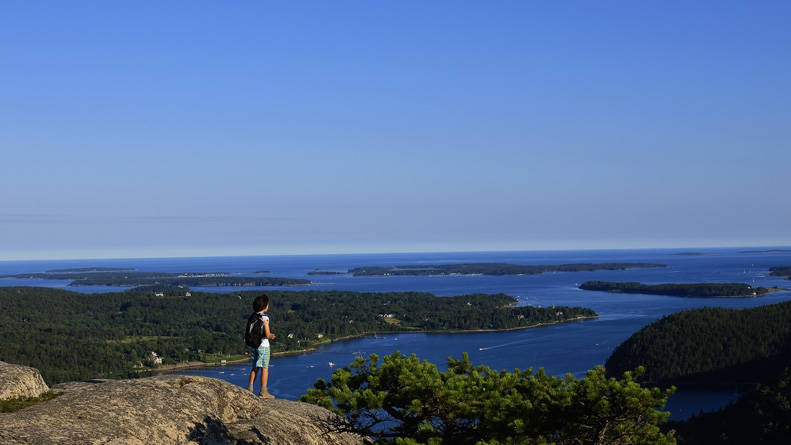 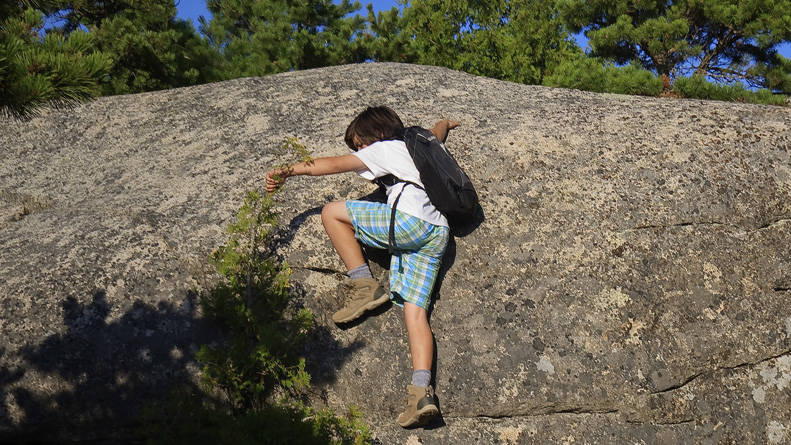 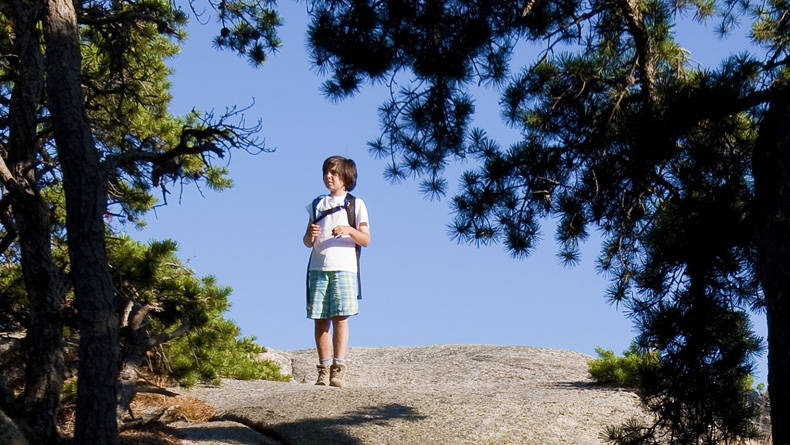 Gus La Casse did some math.

What he concluded was that if each of 25 mountain treks could attract pledges, that money would provide a tremendous boost for SMARD research at The Jackson Laboratory and, he hoped, help find a cure.

"My mom works at The Jackson Lab, and one day she came home and told me about SMARD," 10-year-old Gus said in the summer of 2011. "It's pretty rare, but there are quite a few kids in America and kids all over the world who have SMARD. And nobody has a cure."

That insight distressed Gus, who is into climbing and hiking and who realizes that kids with SMARD will never do either. He decided he would spend much of his summer, in effect, doing that for them, while seeking pledges to fund research. It was, Gus says, a "good summer vacation deed."

Most people have never heard of SMARD, an acronym for spinal muscular atrophy with respiratory distress, which Jackson Laboratory Associate Professor Greg Cox, Ph.D., describes as "the rarest of the rare" in terms of genetic based, neuromuscular degenerative diseases.

"Until recently, I had never heard of it, nor have most physicians," says Cox. "It's a very debilitating infantile disease. Most of these children don't live more than two or three years. SMARD is a very early onset motor neuron disease. Motor neurons are the neurons in your spinal cord that extend into every muscle in your body. When these motor neurons get sick—and with SMARD, they actually die—there's no way to trigger voluntary muscle response, which includes breathing and swallowing. It's a recessive disease. You have to have two parents who carry the mutation to have a fear of a child developing SMARD."

Regrettably, Cox notes, he can count on the fingers of one hand the number of research laboratories worldwide that are exploring the biomolecular complexities of SMARD. Researchers in those labs make use of a mouse model of SMARD provided through The Jackson Laboratory.

It was Cox who discovered the genetic mutation that causes this currently incurable disease that kills infants and toddlers through muscle atrophy and paralysis. While SMARD affects fewer than 1,000 American children at any given time, each case is devastating for the families involved.

Among those families are the parents and grandparents of Silas Werner. As a newborn, Silas baffled a small army of Pittsburgh, Pa., pediatricians before he was finally diagnosed with SMARD, at age three months. After an original diagnosis of botulism and a prognosis of full recovery, agonizing months of hospitalization finally revealed a diagnosis of SMARD. His parents were devastated.

When Gus, whose parents Renée and Joe both work at the Laboratory, first heard of Silas and SMARD, he was moved to act.

"I do a lot of things that involve movement, like hiking and climbing," he says. "So I decided I would raise money by doing something for these young kids with SMARD that they will never be able to do, like go hiking. In hiking, you have to breathe a lot, and these SMARD kids will never breathe on their own."

Over his summer break from grade school, Gus trekked up and down 25 mountain trails, most of them within Acadia National Park on Mount Desert Island. His final climb on July 31 was a steep ascent to the summit of Mount Katahdin, Maine's highest peak at 5,268 feet. It was five miles straight up, and five miles straight down. Among those joining him in the trek was Greg Cox, who also accompanied Gus on many of his other climbs.

"He doesn't get tired," Cox says of Gus' ambition. Apparently, neither does Cox, according to his wife.

"The last couple of weekends have been very hot here on Mount Desert Island," Kathy Cox wrote on the Facebook site Gus created to promote the project. "But Gus, Renée, Greg and team kept hiking for SMARD families. We are so proud of you."

When people ask me why they should contribute to Climb for Silas, I tell them because kids all over the world have SMARD, and there's no cure.

Gus set an ambitious goal for his fundraising in hopes that Greg Cox can hire a postdoctoral researcher to focus on gaining a better understanding the disease. To spread the word about his project, he was interviewed on a morning talk radio show and wrote an op-ed that he sent to the editorial pages of daily newspapers throughout Maine.

"When people ask me why they should contribute to Climb for Silas, I tell them because kids all over the world have SMARD, and there's no cure," he wrote. "It's important that people like Greg Cox find a cure."

Gus has never met Silas, but plans to. He's been communicating with Lisa and John Werner, Silas's parents, by e-mail, as well as other SMARD families he's tracked down online, including a family in England.

"There's another kid, Dakin, who lives in Texas," Gus says. "He's four years old, which is quite old for a kid with SMARD. I also heard that there's a SMARD kid in California who is 18, which is very unusual."

The dust has settled on his summer of climbing, and Gus is back into his usual school routine. But he continues to work toward his fundraising goals to support research and discovery on behalf of a far-flung community of children and parents to whom he is now firmly connected.

The preschooler who inspired Gus La Casse to climb and raise money for SMARD research, is Silas Werner, a Pennsylvania preschooler. Despite his condition, his parents say that Silas radiates joy through his happy smile. Speaking haltingly through a ventilator, Silas has mastered "mama" and "papa," much to the delight of his parents. Silas' nurses describe him as "having the sweetest disposition of any baby we've ever met."

The Werners are part of the close network of SMARD parents who now have newfound hope for the future. They recently learned that The Jackson Laboratory has a laboratory making strides in SMARD research. They are actively raising funds to support the research and, hopefully, advance the understanding of the disease to the point that doctors can one day help Silas and his peers.

Contributions to support the fundraising efforts of Gus, Renée and Joe can be made by visiting their webpage. Links to the old page at this URL: http://genetichealth.jax.org/climb-for-silas