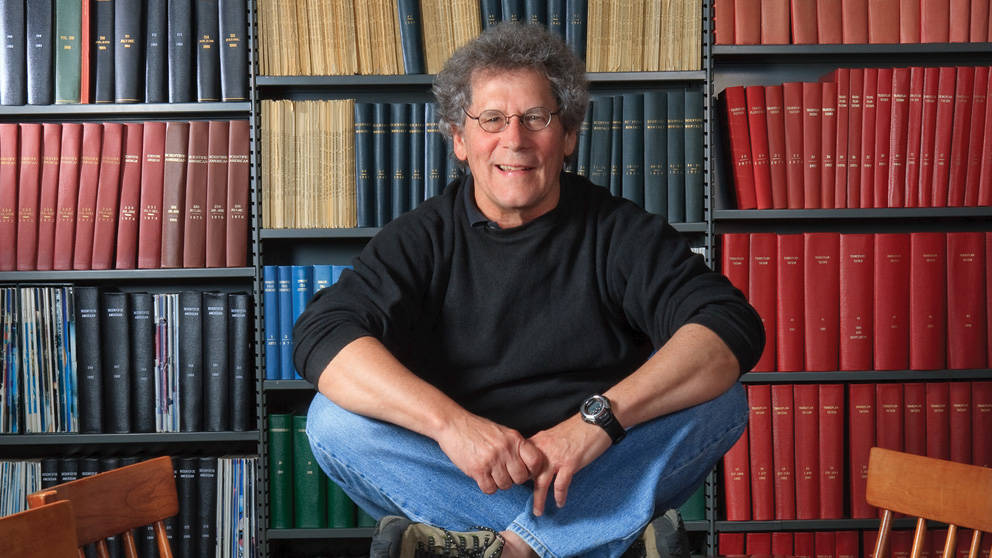 David Valle's enthusiasm for his work is immediately apparent.

It's therefore surprising that when asked why he's particularly interested in his specialty, genetics, he doesn't respond with a favorite course or inspirational research experience. Instead he pauses for a second, then states forcefully, "It's much more than genetics. I am fascinated by biology."

While many of his scientific peers focus on narrow specialties with laser intensity, Valle's enthusiasm for the broader subject hasn't dimmed since he spent as "much time as possible" as a young boy scrambling through the woods of upstate New York. It has led to wide-ranging professional interests, which are reflected in his current titles at Johns Hopkins University: The Henry J. Knott professor and director of the Institute of Genetic Medicine as well as professor in the departments of Pediatrics, Ophthalmology and Molecular Biology & Genetics. He also chairs the Laboratory's Board of Scientific Counselors and is on the Board of Trustees.

Nature first sparked Valle's scientific interest. His early nature rambles in the woods led to many captured frogs and snakes and a strong desire to learn about animals. He recalls becoming very excited as a 4th grader when he learned that biology was an official course in 7th grade. Faced with a student with three years of pent-up anticipation, the school's biology teacher further fed Valle's enthusiasm by providing him with extra resources, including a microscope he was able to take home. That teacher was the first of many "really superb teachers and mentors" who both nurtured and shaped Valle's love for science.

The Short Course introduced me to the Laboratory and through it the tremendous power of mouse genetics. Ironically, however, lacrosse may have influenced his choice of undergraduate school as much as biology.

The Short Course introduced me to the Laboratory and through it the tremendous power of mouse genetics.

"I played lacrosse in New York, but I went to high school in Kansas City after my family moved there," says Valle. "Most people in the Midwest had never heard of lacrosse back then. One day a guy saw me bouncing a ball off a wall, and it turned out he had played lacrosse at Duke. So we would play catch, and he told me about his experiences there."

To benefit from Duke's biology department—and lacrosse program—Valle first had to withstand a formidable parental challenge. His dad, who worked in insurance, lobbied for Yale or Wesleyan, in part because of their proximity to Hartford, the industry's epicenter.

"I stuck to my guns," says Valle. "I was the only one in my immediate family who was so interested in science, and I don't think it was something they fully understood. But to his credit, my father was okay with it in the end. And off I went to Duke without having ever actually seen the campus."

At Duke, Valle "clicked" with Professor Calvin Ward, a fly geneticist, and began an exploration into various aspects of genetics that has continued to the present day. But it was medicine, not basic science research, that Valle chose as a career, attracted by what he calls its humanistic side.

At Duke for medical school as well, Valle soon found himself in formidable company. "I remember doing weekly rounds with a terrific group, seeing pediatric and adult patients with genetic and biochemical diseases," he says. "They were led by my friend and mentor Jim Sidbury, a biochemical geneticist who later became director of the National Institute of Child Health and Human Development. The group also included Harvey Cohen, who went on to be chair of pediatrics at Stanford, Jim Wyngaarden, who went on to be director of the NIH, and Bill Kelly, who was later dean of the medical school at the University of Pennsylvania. That was very exciting."

Valle went on to do his residency in pediatrics at Johns Hopkins, where he has stayed since. The chair of pediatrics, John Littlefield, soon suggested that Valle attend a course in Maine led by Victor McKusick of the Medical Genetics Clinic at Johns Hopkins. Valle did attend the Short Course on Experimental and Medical Genetics at The Jackson Laboratory for the first time in 1976, but not as a student—he was named to the faculty.

Valle took over as co-director of the Short Course (as it's commonly known) with McKusick in 1992 and by now has taught on its faculty for 35 years. The two became friends and colleagues through the years and enjoyed the process of setting up the course each year together. Valle now works with new co-directors after McKusick's death in 2008, but the reasons for his commitment to the course remain rock solid.

"The Short Course introduced me to the Laboratory and through it the tremendous power of mouse genetics. Also, teaching is the best way to learn, and every year the Short Course explores a wide variety of interesting and important topics."

Which is just the way Valle likes it, expanding his knowledge and pursuing his fascination for all things biological.