Leukemia protein may be target for Alzheimers disease therapies

The classic signs of Alzheimer's disease are accumulations in the brain of amyloid plaques and neurofibrillary tangles composed of intracellular hyperphosphorylated tau protein. But these plaques and tangles alone don't explain the severe neurodegeneration in the brains of people with Alzheimer's. A research team led by Dr. Peter Davies, head of the Feinstein Institute's Litwin-Zucker Center for Research in Alzheimer's Disease, North Shore/LIJ, found compelling evidence that Alzheimer's-like neurodegeneration can result from activation of Abelson tyrosine kinase (c-Abl), a tyrosine kinase known to regulate cell differentiation, division and adhesion, and to be involved in the pathogenesis of chronic myeloid leukemia (CML) (Schlatterer et al. 2011).This finding may lead to new therapies for treating Alzheimer's and other neurodegenerative diseases.

Davies and his colleagues suspected that c-Abl is responsible for the brain neurodegeneration in people with Alzheimer’s because it co-localizes with Alzheimer plaques and tangles, phosphorylates tau, and regulates cell division and apoptosis. Its role in cell division is particularly important because aberrant neuronal cell division is suspected to be responsible for the brain degeneration in people with Alzheimer's. Davies and his team therefore investigated the effects of c-Abl over-expression in tet-inducible B6.Cg-Tg(Camk2a-tTA)1Mmay Tg(tetO ABL1*P242E*P249E)CPdav/J mice (AblPP/tTA mice). These double transgenic mice express a constitutively active form of the human ABL1 gene under the control of the forebrain-specific mouse calcium-calmodulin-dependent kinase II (Camk2a) promoter.

The transgene's expression can be regulated with doxycycline: mice fed a normal diet without doxycycline ("off-dox") constitutively express the activated c-Abl transgenic protein in the forebrain; a doxycycline-supplemented diet eventually shuts the transgene off.  Davies and his team found that, off-dox, AblPP/tTA mice exhibit 20-30 times more c-Abl activity than normal, increased tau phosphorylation, and abnormal microgliosis (accumulation of microglial cells) and astrocytosis (abnormal increase in the number of astrocytes and the destruction of nearby neurons). The neurodegeneration culminates in a nearly complete loss of neurons in the CA1 hippocampal region in the majority of the oldest mice (21-24 weeks old). Neither amyloid plaques nor neurofibrillary tangles are observed in even the oldest of these mice, indicating that they are not required for the observed neurodegeneration. Curiously, female mice survive to 24 weeks off-dox, but males only survive to 14 weeks.  The reasons for the survival difference between the sexes are unknown.

The Davies team also analyzed the effects of over-expressing c-Abl's sister protein, Arg (the ABL2 gene product), in comparable tet-inducible ArgPP/ttA mice. The two proteins are highly homologous, sharing approximately 90% of their kinase domain sequences, and both phosphorylate tyrosine 394 of tau. The researchers found that though the levels of transgene expression and kinase activity are similar in both mice, ArgPPP/tTA mice do not develop the same pathologies as AblPP/tTA mice, even when off-dox for up to 30 weeks, illustrating the specificity of the c-Abl effect.

In summary, the Davies team produced strong evidence that the neurodegenerative and neuroinflammatory pathology in AblPP/tTA mice is due to c-Abl activity. Their evidence suggests that c-Abl plays a significant role in the pathology of Alzheimer's and may be an important therapeutic target in the fight against the disease. 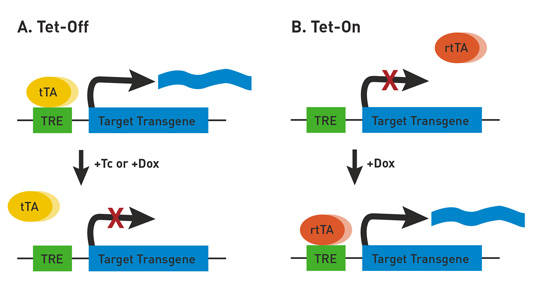