Learn to read the warning signs 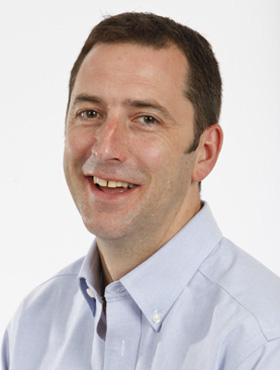 Researchers in the laboratories of Professor Simon John, Ph.D., and Assistant Professor Gareth Howell, Ph.D., are discovering better ways to read the early warning signs of genetic disease. Their findings may lead to earlier detection and intervention of the disease they research, glaucoma, as well as many others.

Glaucoma affects more than 4 million Americans and is a leading cause of blindness worldwide. Its most recognized symptom is elevated pressure in the eye, but damage to the nerves leading to vision loss can occur even with normal pressures.

"We used a novel approach to both identify new genetic pathways involved in glaucoma as well as to prioritize pathways known to be associated with glaucoma in human patients," says lead author Howell. "Our experiments show that we can detect differences between normal eyes and those with very early stage glaucoma before they show any signs of disease."

Not only that, but Howell and his team were able to block two pathways, known as the complement cascade and the endothelin system, protecting mice from glaucoma-related damage. The findings offer tantalizing new targets for early intervention as well as early detection. In addition, the techniques the researchers used are likely to be useful for research into early detection of other significant diseases, including Alzheimer's.