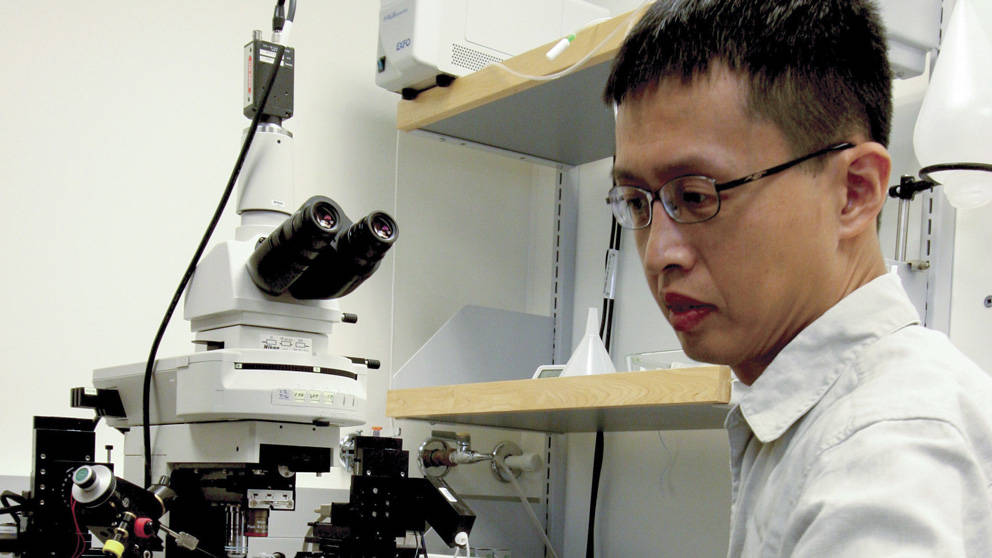 What can Rett syndrome tell us about autism? Associate Professor Zhong-wei Zhang, Ph.D., is attempting to find out.

With autism becoming more prevalent, understanding its root causes and identifying possible treatments is vitally important. Rett syndrome is a developmental disorder that affects young girls almost exclusively and often leads to significant physical and mental symptoms, including loss of motor function and social interaction. It is categorized as an autism spectrum disorder, but, unlike most forms of autism, Rett syndrome has a clear-cut cause—a mutation in a protein known as MeCP2.

"We have found that inhibitory circuits are disrupted in the brain of MeCP2 mutant mice, and the changes occur before the onset of the behavior changes associated with Rett syndrome," says Zhang. "These findings, together with recent studies from other groups, highlight the role of inhibitory transmission in autism-spectrum diseases."

Zhang is now studying how mutations in MeCP2 cause the disease symptoms, with the goal to identify targets for therapeutic interventions.

Genetics of Addiction: Education and Research Experiences for Faculty and Student Teams Underrepresented in Science