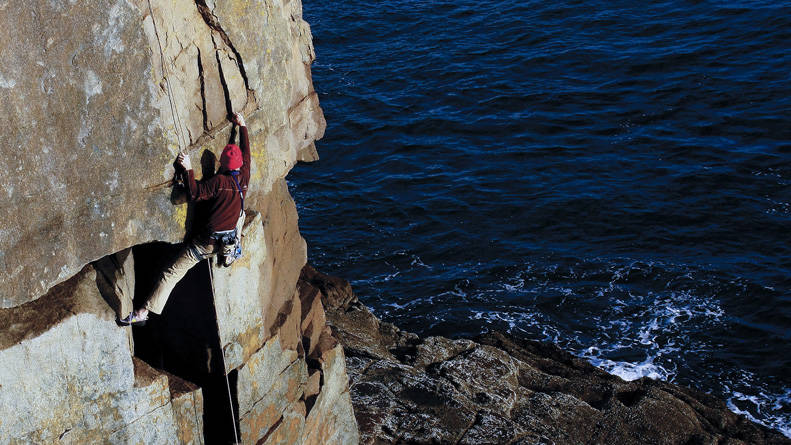 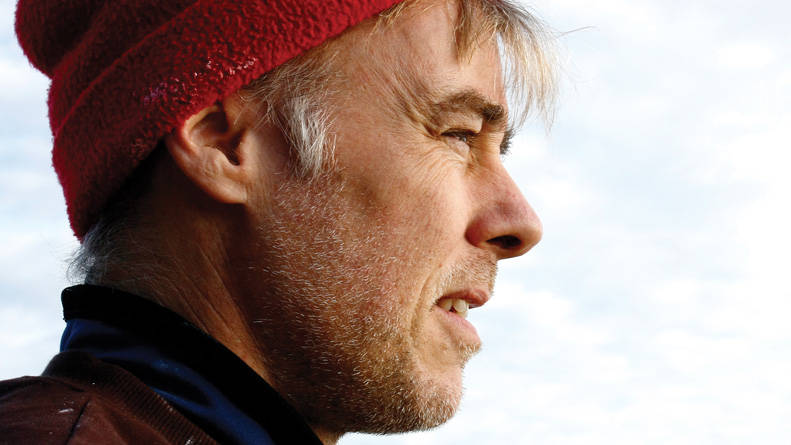 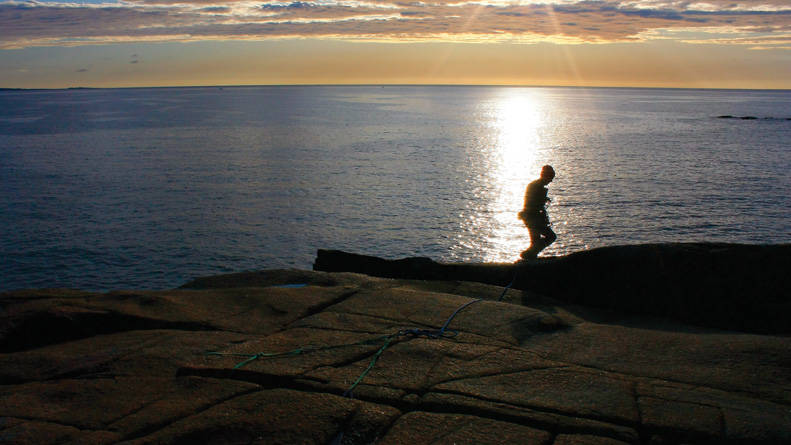 Editor’s note: This profile was originally published in the March 2010 edition of Findings, a publication of the National Institute of General Medical Sciences. It was republished by The Jackson Laboratory with permission.

Jackson Laboratory Professor Gary Churchill, Ph.D., stands at its base, thinking. Equipped with lightweight climbing shoes and chalk to sketch out a path, he studies the rock's pitted surfaces and jutting angles. He's looking for the best way up.

Sometimes the path is obvious: Step here, grab there and you're at the top. Other times, the granite yields fewer clues. Those are the ones Churchill loves most. Patience and focused attention help him figure them out.

If you solve it in the right way, you don't muscle your way to the top," Churchill says. "You float.

When he isn't clambering up the cliffs and boulders of Acadia National Park in Bar Harbor, Maine, Churchill is a biostatistician: a scientist who uses the precision of math to examine biology. His focus is on genes and disease.

"Doing science is like bending the universe," he says. "It's really magical."

Over a decade ago, the Human Genome Project recorded the precise order of the billions of DNA "letters," or nucleotides, that string together to make the complete human genome.

Researchers have done the same for nearly 200 other organisms, including mice. But even though these genomes have been "decoded," knowing the nucleotide sequence is only the beginning. Researchers still need to figure out what it all means.

That's where Churchill comes in. Armed with an enduring curiosity and quick wit (friends and coworkers describe him as being "scary smart" and having a mind "like a sponge"), he brings together computational biologists, molecular biologists, geneticists, statisticians and other scientists to try to understand how different genes work together to influence human health. Churchill calls this holistic approach systems genetics.

Our most common diseases—including heart disease, cancer, diabetes and obesity—have been linked to many, many genes. Like complicated machines, human bodies can break in myriad ways. What's more, our behavior has a big impact, too.

Trying to comprehend the genetic information alone overloads our brains. So Churchill designs and runs computer programs to untangle these genetic webs and try to understand their role in sickness and in health.

The logistical demands of coordinating so many animals and scientists have made the Collaborative Cross a difficult project. But Churchill doesn't shy away from challenges.

"He doesn't like easy stuff, either in science or in his hobby as a climber," says Fernando Pardo-Manuel de Villena, a geneticist at the University of North Carolina at Chapel Hill, which now houses some of the Collaborative Cross mice.

It wasn't always about mice. At the tender age of 5, Churchill was fascinated with dinosaurs. At the library one day, he asked for a book about the creatures. The librarian suggested Danny and the Dinosaur, a recommendation that did not go over well. Churchill wanted a book of facts, not a picture-filled story.

"I imagined myself in a lab full of bubbling test tubes and dinosaur bones," he remembers.

In high school, Churchill's love of science found its focus. Paleontology took a back seat when, in sophomore biology, Churchill learned about how mice can inherit different coat colors from their parents. Thinking that was "really cool," he decided to try some experiments at home.

"But my mom wasn't happy with that idea," he recalls with a rueful laugh. They compromised on fruit flies instead.

I was hooked. There was nothing I was going to do but this.

Like many scientists, though, Churchill didn't follow a straight path to his research area. In college at the Massachusetts Institute of Technology in Cambridge, he tried physics, then electrical engineering, and dabbled in cognitive psychology. He eventually ended up in the math department (partly because it had the fewest required courses, he jokes).

Things finally clicked into place when he took a class in genetics taught by David Baltimore, who had recently won the 1975 Nobel Prize in Physiology or Medicine for his work on the genetics of cancer-causing viruses.

Looking at the endless combinations of the four nucleotides—A, T, C, G—that make up the genes of all living things, Churchill was mesmerized by unexpected patterns. He saw palindromes, symmetries, strings looping and folding back in on themselves.

"I was hooked," he says. "There was nothing I was going to do but this."

Over time, Churchill's everyday job has evolved from delving into genetic patterns himself to more supervising and teaching. While he sometimes misses the intellectual rush of solving a math problem, he has found deep satisfaction in these new, interpersonal roles.

In fact, Churchill now concludes, "There is nothing more important in life than inspiring other people."

One lesson he delivers to all his students is to find a healthy balance between work and personal pursuits. And Churchill is intent on following his own advice. He forces himself to keep to-do lists and make neat stacks of prioritized tasks on his desk so he can stay productive enough to have time for what matters to him outside the lab.

"I need to have some time for my family and for myself," Churchill says. "Otherwise work would eat up my life."

One of Churchill's favorite things about working at the Laboratory is that he can walk out the back door and hike, climb, watch the ocean crash and spray or ice skate on a frozen beaver pond.

For Churchill, climbing is "about focusing your attention. Being 300 feet above the ground, you're totally in the moment," he says.

The ability to zero in on a problem and devote all his energy to conquering it comes in handy at the cutting edge of systems genetics as much as when dangling over the Atlantic. Still, it's not a lifestyle suited to everyone.

"Waves are pounding against these cliffs," says de Villena. "It's not only that you can fall, it's that if you fall, there is no way you can get out of there. And the guy is fine with that.

"It's slightly insane to me," he continues. "I play golf. He has the climbing personality. He's always cool. If you didn't know him, you might think he doesn't care that strongly about things because he's very moderate in the way he talks with everybody."

On the other hand, he points out, "It's great [for Churchill's students] to have a mentor who doesn't lose his cool."

Outside on this crisp afternoon, Churchill takes another look at the granite in front of him. Soon, his lunch break will end and he'll head back to work.

For now, he takes his first hold of the rock and pushes up.

Researches genome informatics with a focus on gene ontology.