Man with a mission 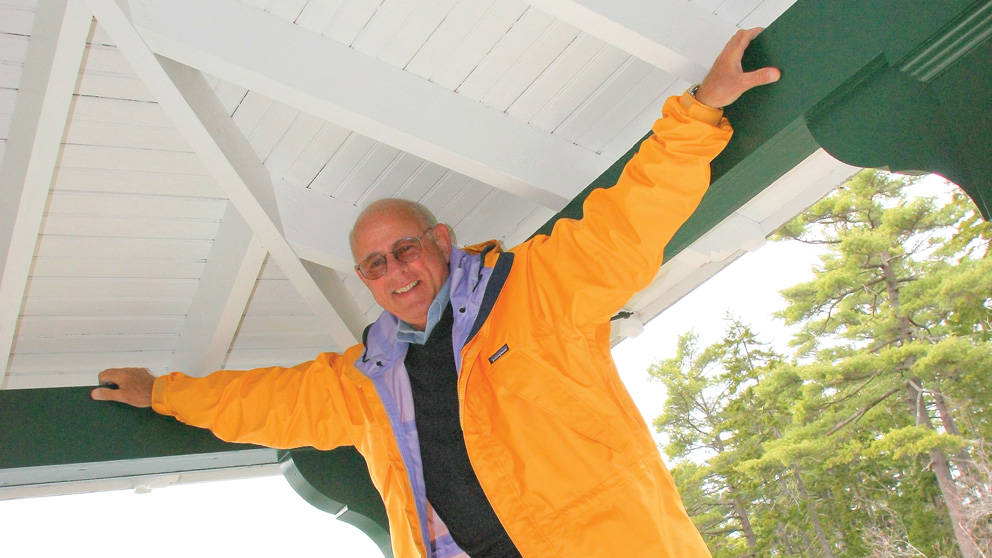 When The Jackson Laboratory wanted to update its mission and messaging to convey its contributions to human health in the genomic era, it knew just the person to call.

Rich Gurin, a Laboratory trustee, had managed some of Procter & Gamble's major brands, including Tide, Ivory, Crisco, Jif, Pringles and Duncan Hines, during a 23-year sales, marketing and general management career there. Then, as CEO of Binney & Smith for 16 years, he burnished the iconic Crayola brand and grew the business five-fold before retiring in 2000.

"I learned the basics of selling and marketing at the feet of the masters at P&G," recalls Gurin, who was hired by the company straight out of Hamilton College in Clinton, N.Y. "One of the most important lessons I learned was to invest only in those products and businesses that have a basis in real technology that will provide a lasting and important benefit to the consumer."

Like The Jackson Laboratory and its efforts to improve human health.

"I believe that the future of medicine depends largely on the genetics and biological research that is conducted at the Lab or on its mice in thousands of other labs around the world," Gurin says. "With the sequencing of the human genome and the study of mammalian disease in JAX® Mice, we are on the leading edge of discoveries that will address the most common and challenging diseases in a proactive rather than reactive manner."

Gurin's wealth of business experience and marketing savvy helped the Laboratory assess perceptions of the institution among employees, scientists, and Maine politicians and voters through focus groups and other research. "We used the same fundamental approach—research, engagement and open communication—that had worked for me at Procter & Gamble and Crayola over many years," he says. The information gained from the research drove new strategies and messaging that emphasize the Laboratory's contributions to human health.

"He has helped everyone here understand how to engage the public in our scientific enterprise," says Mike Hyde, the Laboratory's vice president for external affairs and strategic partnerships. "Rich taught us to relate our work to the personal tragedies that we all face—the diseases that afflict us and our families. He is a brilliant business executive with years of experience in management and marketing, and we're fortunate to have his advice."

"I really believe that if you don't know where you are going, any road will get you there," says Gurin. "When the mission, vision and strategies are clear and supportable, the organization begins to move as one toward achievement of mutual goals."

The Laboratory's tagline, Leading the search for tomorrow's cures, "shifted the mission from the study of mouse genetics to the search for cures to human disease," Gurin says. "It is that focus on finding the causes of difficult and intractable diseases like cancer in humans that energizes the Lab and all who support it. Pretty powerful."

Though he didn't formally connect with the Laboratory until after he retired and became a trustee in 2002, Gurin first became acquainted with the organization as a boy in the 1950s during his family's annual summer vacations in Downeast Maine.

As a 12-year-old, he listened as his father, Sam, a biochemistry professor at the University of Pennsylvania who later was dean of the Medical School, discussed with a colleague how cancer might be cured in the Laboratory's mice.

As a teenager, Gurin considered a summer job working in the Laboratory's mouse rooms, but thought better of it. "My older brother cleaned cages one year at the old Lab," he says, "and when I saw that I went back to teaching sailing!"

That decision proved fateful because, as the sailing instructor at the Bar Harbor Yacht Club, Gurin met his future wife, Susan. Some 50 years, three children and nine grandchildren later, the Gurins enjoy relaxed but busy lives as retirees in Blue Hill, Maine.

Gurin, a lifelong sailor and former racer, is commodore of the Kollegewidgwok Yacht Club, which teaches sailing to more than 200 children, and sponsors races and cruises. He also serves on the boards of Blue Hill Memorial Hospital and Hydro-Photon, Inc., a small startup company that develops and sells the SteriPEN® brand of portable, personal water purifiers. Susan Gurin is on the board of the Marine Environmental Research Institute and the Blue Hill Historical Society.

Together they ride their two horses, Jacintha, a Dutch warmblood, and Kate, a standard bred/quarter horse. "My wife is a very good dressage rider," Gurin says. "I have given up my saddle and am now driving Kate and a cart. Fun!"