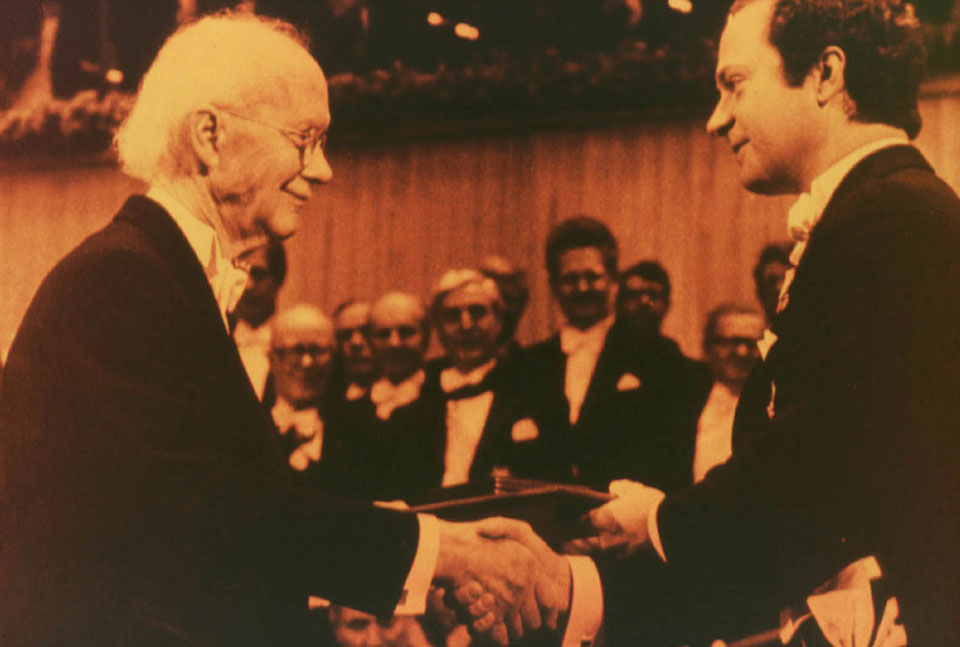 In 1944 George Snell decided to study the genetics of tumor transplantation. By then JAX founder Clarence Cook Little and other scientists had already established that genes controlled the immune response: Tissue transplantation from one mouse to another was successful only when both mice were from the same inbred strain. But what were these genes, and where were they located on the chromosomes?

Today in order to study the effects of a gene in health and disease, it’s possible to engineer a genetic change in a single generation of mice, using technologies such as CRISPR-Cas9. But in Snell’s and Little’s day, the only way to isolate a specific genetic variant was by cross-breeding mice over multiple generations, a process that often took years.

And in the days before genetic sequencing, mice were a “black box,” genetically speaking. You couldn’t tell just by looking at a mouse whether or not it was carrying the invisible genetic trait you were looking for — in Snell’s case, genes that confer immune resistance — until you actually did the experiments, such as to see whether a mouse rejected tumors or other tissues from another animal.

But sometimes the early geneticists were lucky, and the gene for an invisible trait was passed along with a visible physical trait such as coat color. And Snell was lucky: His very first cross yielded a “clear and close association” of tumor rejection or acceptance with a dominant inherited trait, a loop or kink about halfway down the length of the tail, known as a fused tail.

Snell shared the 1980 Nobel Prize for the work he had conducted nearly four decades earlier at JAX, establishing the genetic factors that govern the body’s ability to distinguish the difference between its own tissues and foreign invaders—work that paved the way for life-saving organ transplantation.