“The faces here are those of ten of the scientists who direct the war against cancer,” reads the caption of this photo gallery, including Clarence Cook Little (second row, second from left), from the Life magazine cover story of the March 1, 1937 edition: “U. S. Science Wars Against an Unknown Enemy: Cancer”.

At the time, early detection was the single best tool for clinical cancer care, and on the research side the most significant discovery, according to the caption, was a negative one: “Science knows that cancer is not contagious. Whether cancer is hereditary, science is not sure. General opinion is that a susceptibility to cancer, but not cancer itself, may be inherited.” 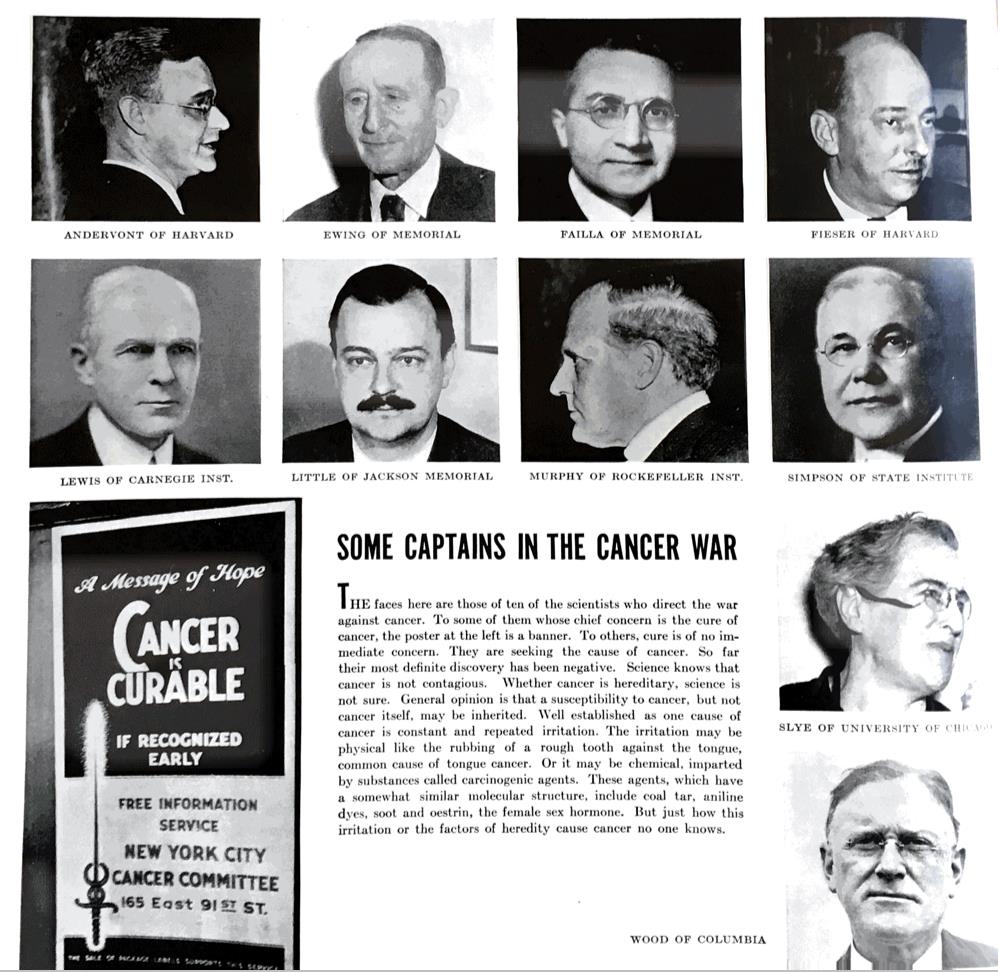