DIO C57BL/6J mice do not develop overt type 2 diabetes, but they model early stages of the disease with phenotypes that include:

Complete results are available from the Mouse Phenome Database. 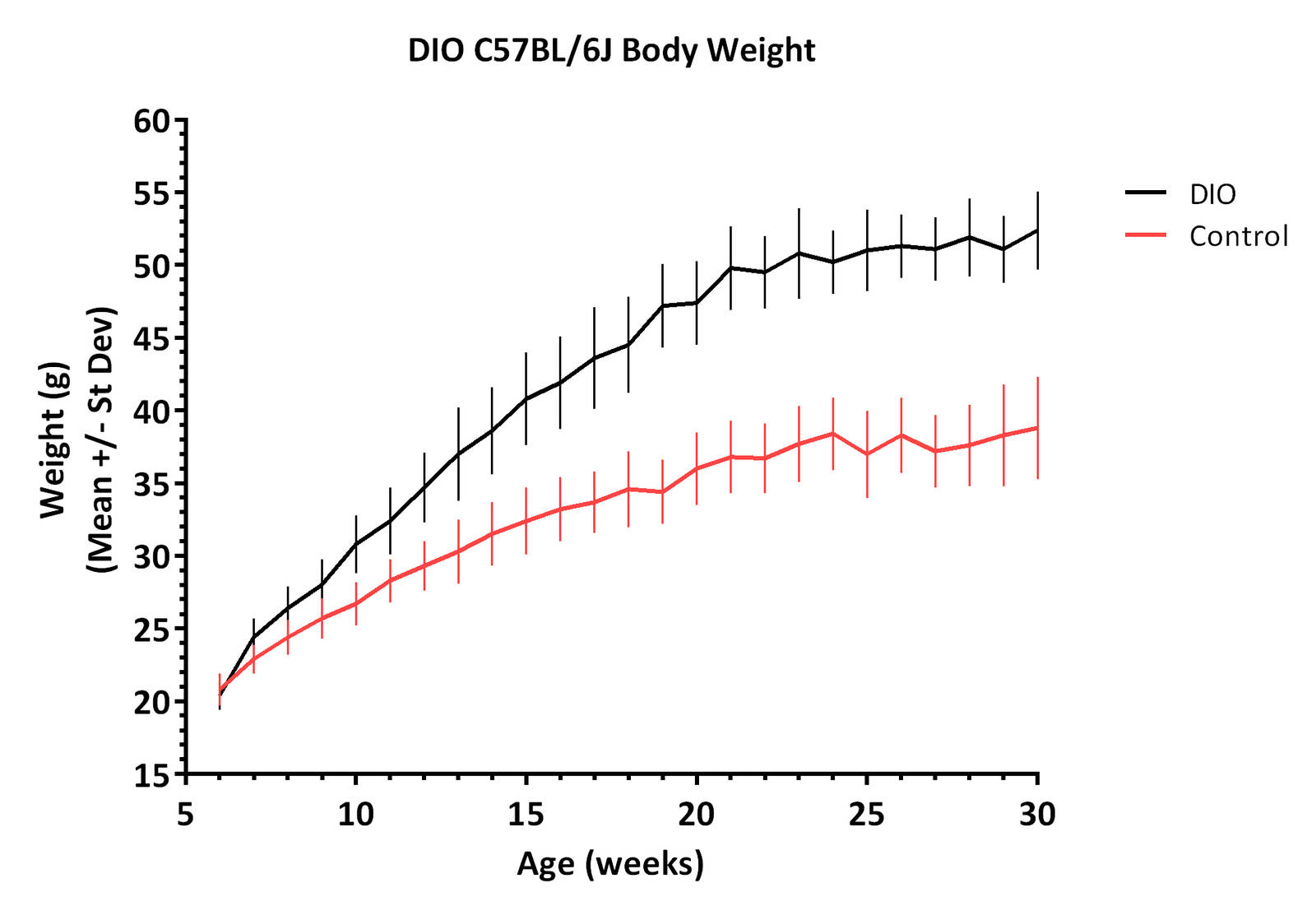 Figure 1 Body weight growth curve. Male C57BL/6J DIO mice were fed D12492 60 kcal% fat and Control mice were fed D12450B 10 kcal% fat diet between the ages of 6 and 30 weeks. Values represent mean and one standard deviation of at least 40 mice per diet and age, measured on the same day each week. 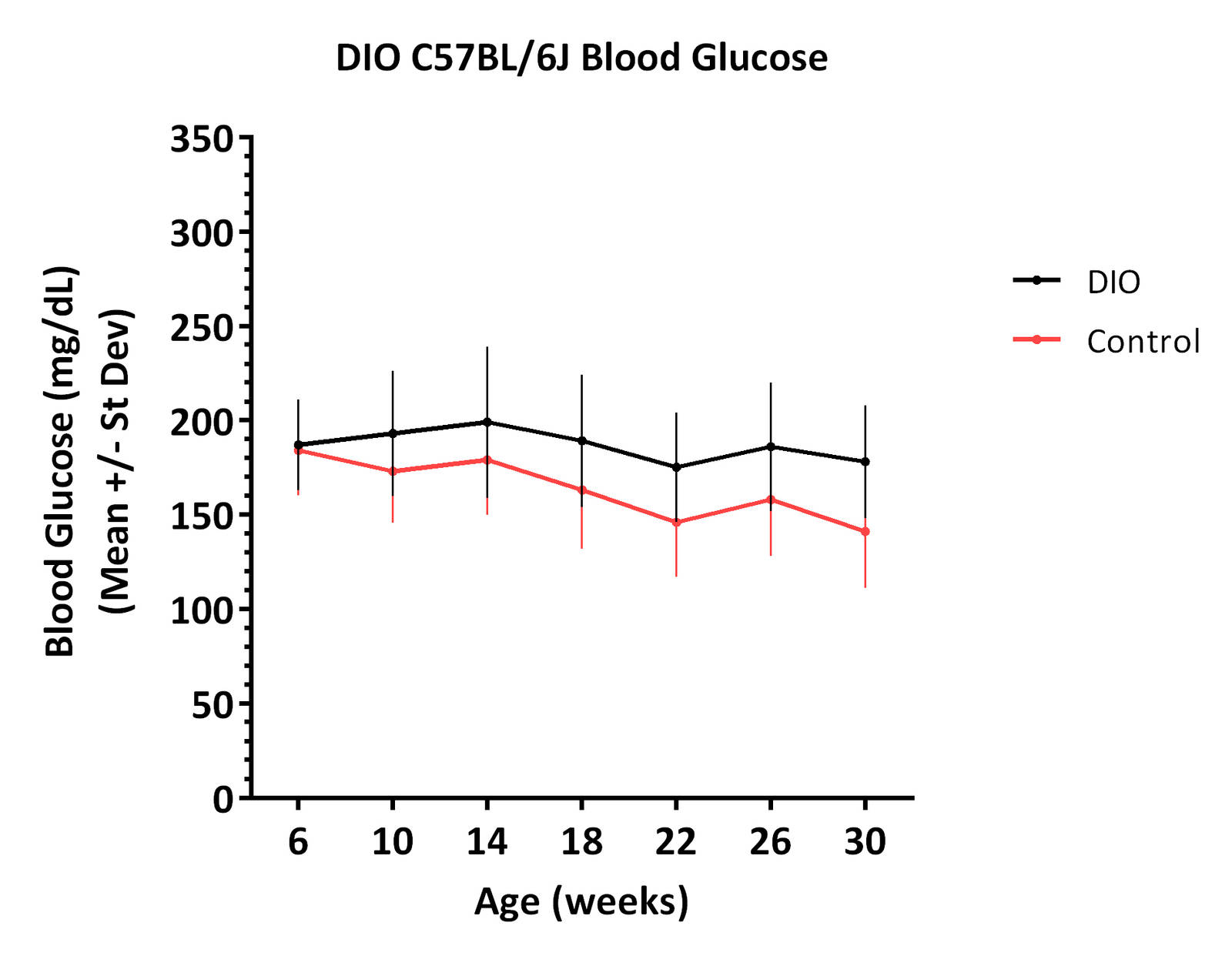 Figure 2 Non-fasted glucose. Blood glucose levels of C57BL/6J males fed either D12492 60 kcal% fat (DIO) or D12450B 10 kcal% fat (Control) diet between the ages of 6 and 30 weeks. Submandibular blood glucose measurements were obtained using a OneTouch Ultra 2 or UltraMini hand-held glucometer that was validated with a control glucose solution on each day of use. Values represent mean and one standard deviation of at least 40 non-fasted mice per diet and age.

Figure 3 Glucose tolerance tests. Blood glucose levels during glucose tolerance tests (GTT) at 8 weeks (A) and 16 weeks (B) of age. Following a 16 hour fast, an initial submandibular blood glucose reading was taken and mice were administered glucose by IP injection at 2g/kg body weight.  Blood glucose was measured in 30 minute intervals. Values represent mean and one standard deviation of 20 mice per diet and time point.  GTT performed on DIO mice at 26 weeks gave similar results as the 16 week timepoint (not shown).


Table 3 Spleen Flow Cytometry. All cell populations are calculated as percentages of the total viable splenocyte population, except for regulatory T cells that are calculated as the percentage of viable CD4+ cells. Values represent mean and one standard deviation of 10 mice per age and diet group. Parameters were measured using a BD Biosciences LSR II flow cytometer.

Effect of Rosiglitazone on DIO Mice

Rosiglitazone is an anti-diabetic drug commonly used as a reference compound in metabolic research. The following conclusions come from a study performed by In Vivo Pharmacology Services at The Jackson Laboratory to examine the effects of rosiglitazone on the C57BL/6J DIO model. Starting at 20 weeks of age, male C57BL/6J DIO mice were dosed for 6 weeks with either 25mg/kg rosiglitazone or vehicle alone. 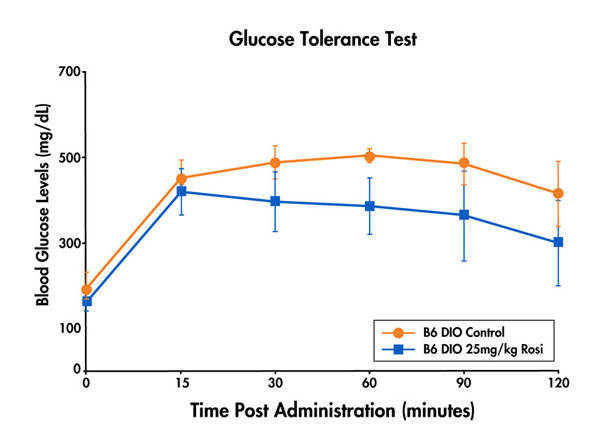 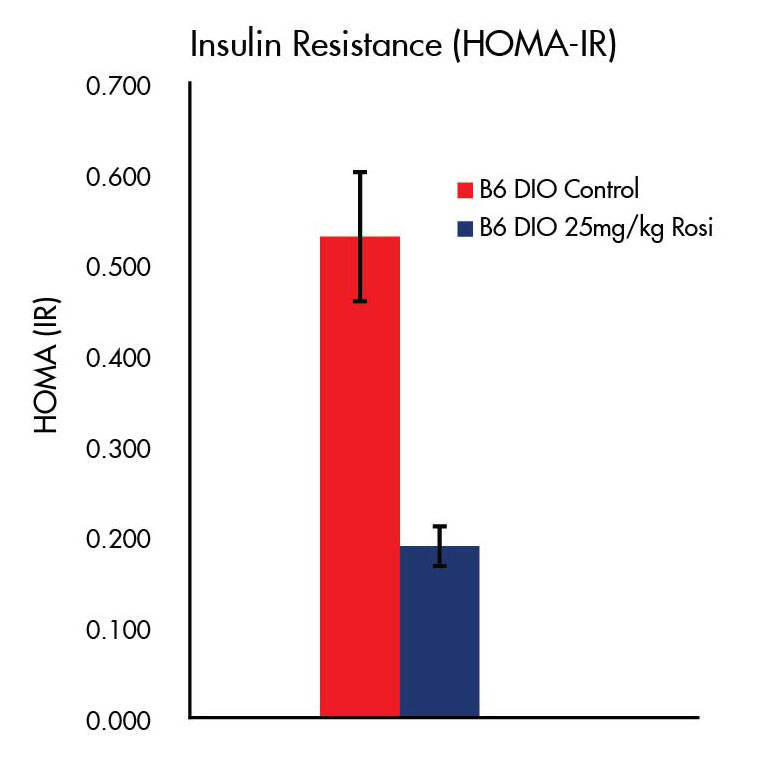