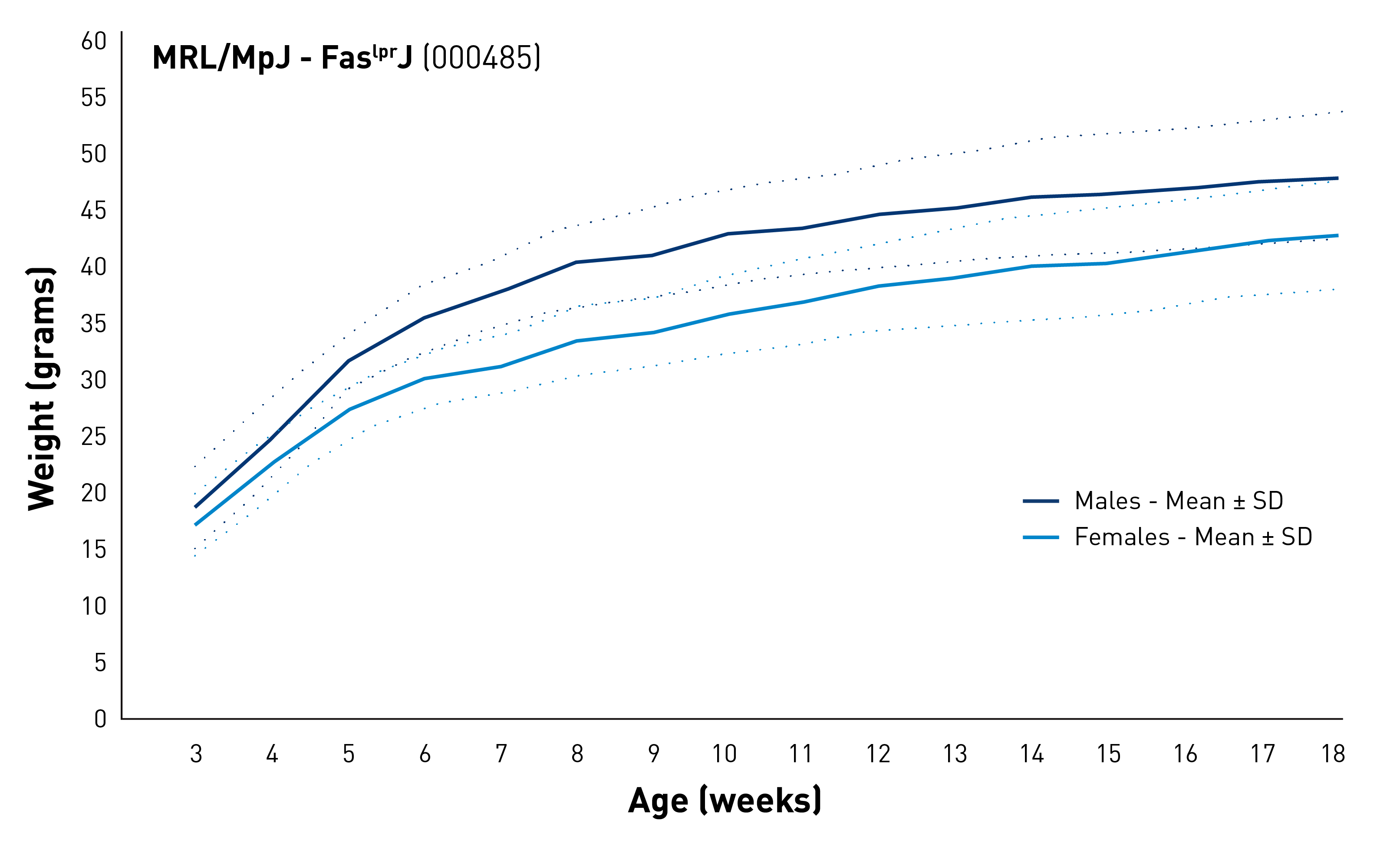 Male and female MRL/MpJ-Faslpr/J mice were weighed the same day each week from weaning until 18 weeks of age.  Mice were fed a diet containing 6% fat (LabDiet 5K52 formulation).  Cohorts began with 40 mice per sex; mice were removed from the weighing study as disease symptoms developed. Values represent mean and one standard deviation.  Ages are ± 3 days.