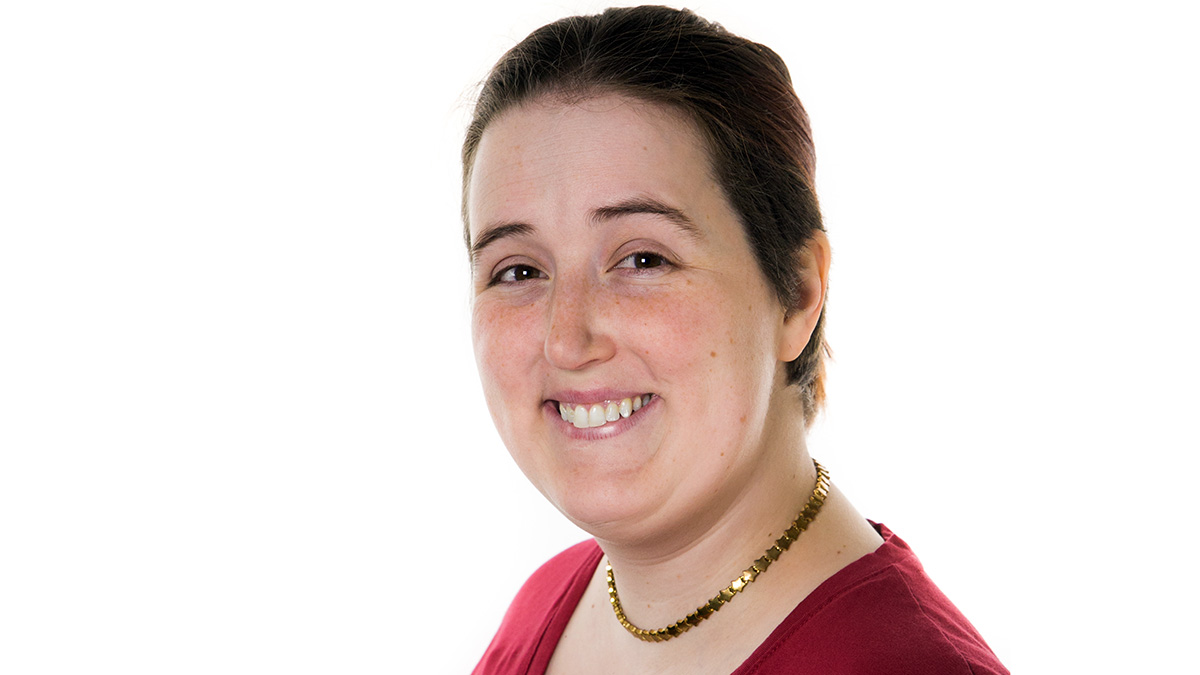 Tell us a bit about yourself and your background. Where you grew up, where you live now, family and pets… anything goes!

I grew up smack dab in the middle of nowhere, almost literally. If you fold a map of Maine in half lengthwise and width-wise, where they intersect is Dover-Foxcroft, the town I was born in. Dover is a pretty small town, but it felt even smaller to me, since I grew up with such a large extended family — 2 of my 8 uncles lived within a short walk of me, and 2 more lived in the same town! My grandparents also lived on the same road, so my brother and I would often walk there to visit, learn to bake, and sometimes play with wood scraps in the workshop. I was my mother's "oh no!" child, as she calls me. I fell out of bed at age 4 and broke my collarbone, had cancer at the age of five (I'm now one kidney short) and at 5 on my first night of summer camp sponsored for kids with cancer, I fell out of a bunk bed and had to get 17 stitches in my chin! My name may mean "grace" but I am by no means graceful! People used to joke that I spent so much time in the hospital as a kid, I'd make a great doctor, but I'd tell them NO WAY! I didn't want to spend any more time in a hospital than I absolutely had to. I think that's why I'm so happy to be able to support the medical community in another way, from the research side of things. I can still help people to have a better experience than I did, without having to spend any more time in a hospital! Nowadays I'm married to a man I met while working at the lab, Austin, and we live in Trenton with our 2 cats Evie and Gus. I really am the luckiest lady to have met him when I did, and I can't imagine my life without him. He's my favorite nerd, and we have the best anniversary... May the 4th.

What hobbies or interests do you enjoy in your free time?

I tend to collect and cycle through a bunch of hobbies. Painting, sculpting, drawing, writing, reading, playing video games, and playing board games with friends just to name a few. I've even tried needle felting and quilting, though I'm not very good at those yet. I also play a D&D game with two of my brothers, my best friend, and my husband.

Tell us about someone in your life who inspired you or helped you become who you are today.

My grandmother will always be my biggest inspiration. She had nine kids, ran a farm, worked in a school, and beat cancer, all with the best sense of humor I have ever known. She even had all the doctors and nurses laughing whenever she'd go in for treatment. She named her tumor "Gladys" because she'd "be Gladys gone." I'd say she's who I want to be when I grow up, but she was living proof that you never have to grow up if you don't want to. Since joining the lab I've added a couple more role models to my roster, specifically Cat Lutz and Nadia Rosenthal. It's one thing to be a respected woman in the scientific community, but these two are absolute powerhouses. The breadth of their knowledge and their impact on the scientific community is just awe-inspiring. I work for Cat and I'm still star-struck whenever I get to hear her speak, and I had the privilege of hearing Nadia talk about axolotls during one of the McKusick short courses, and I've been fascinated by immunology ever since.

What motivates you or helps you feel fulfilled?

One of the reasons working for Cat Lutz is so great, is because she's so connected with the people she's trying to help. We have a piece of art hanging in our hallway donated by a grateful family, and it's a constant reminder of why we do what we do. It was nice to be able to have my name on a paper, but it was even greater knowing that the months of work we poured into that research brought families one step closer to a solution that could help their children not only survive, but hopefully thrive.

What do you do really well? Is there anything you wish you could improve?

I was one of the first people in my group to adopt automated image analysis. It's been a bit of an uphill battle convincing some people to dip their toe into new methods, but it's been very rewarding overall. I was kind of thrown into using CellProfiler one day, and once I got the hang of it, I started seeing new ways to use it to save time and effort. My goal is to never have to manually threshold another image ever again, I just hate the subjectivity that can come with that. So now I have a whole slew of image analysis pipelines that can turn what would be hours of hands-on work, into something that you can run overnight without anyone needing to be there. I think it will be great for our clients as well, since they'll be able to get their results that much faster. I've gotten confident enough with what I do that I've been able to start training others on how to use the pipelines I created, as well as starting to get people to make their own. My next goal is to figure out how to effectively use the High Performance Computing cluster.

What’s an accomplishment you are really proud of? Is there something you want to do, but haven't done yet?

I'm really proud of the expertise I've gained and given to the group. I'm also really proud to say I have my name on a scientific paper, even if I don't feel like I did that much.

Let’s talk about your career journey. What inspired you to go into your current field? What first brought you to JAX? Has your job changed since you joined?

Oh boy, if you had asked me in High School if I thought I'd be working in biomedical research, I would have laughed in your face. I have a BA in Psychology, and my first job out of college was an Ed Tech, so not exactly skills I could apply to the job I have now. After my first year in a school, there were budget cuts, and I was at the bottom of the totem pole, so to speak, so I had to seek other employment. It reached a point where I was applying to everywhere and everything I could find, and luckily, one day I got a call back from the lab, and a couple of months later I was an Animal Care Trainee. I spent a little over 2.5 years in animal care, and it was a really great experience for me. I eventually moved over to Transgenic Genotyping Services, where I learned a lot of the basics of bench work in TGS, and gained a more in-depth understanding of genetics and how we manipulate it in mice. But learning all that just gave me the itch to learn more, so I started seeking a position that would let me do that, and I found my position in Genetic Resource Science, where I've been since early 2016. There's never a dull moment in GRS, and I love it. It can be fast-paced and stressful, but being able to actually see my contributions to the scientific community in a tangible way is incredibly satisfying. I still cannot believe that I have my name on a scientific paper now, and I don't know if I'll ever feel like I truly earned it. I mostly did a lot of counting axons, but it was hours and hours of counting, so that has to "count" for something! As to "has your job changed," I can say that my job in GRS changes on a weekly, almost daily basis! When I started I was doing a lot of ELISAs and Mitochondrial assays, I went on to learn the basics of microscopy, flow cytometry, electron microscopy, and I think I've mastered image analysis. My boss just told me the other day that soon I'm going to be learning something else new! I don't think I'll ever be bored, but I do wonder if someday my brain is just going to reach max capacity for lab tasks!

How do explain your current work to others? What’s your favorite thing about it?

It depends on who I'm talking to really. If it's a relative who's curious, I tell them about what our group does as a whole, which is to create and improve mouse models and research tools for the biomedical research community, as well as provide in vivo services for companies that don't have the space, personnel, or specific expertise to carry out their experiments. We do a lot of kind of niche work that can be time-consuming and finicky to learn, so it's often easier and more efficient to outsource that work to us. If I'm talking to someone interested in getting a position in GRS, I tell them it's a blend of mouse work, bench work, and desk work, that fluctuates with the number of projects we have currently, and depending on where your expertise ends up being. For me personally, I'm a desk-jockey 75% of the time because I seem to have a talent for image-analysis, but I fill in on other tasks as the need arises.