The brain is a highly complex organ comprised of a large number of cells and molecules, each with its own unique function. Diseases that affect the central nervous system (CNS), such as brain injury or stroke, not only kill vulnerable neurons, but often severely disrupt cell-cell signaling in the surviving cells (Guo et al., 2018; George and Steinberg, 2015). Discovering therapeutics to halt the domino effect that includes loss of cells and often portions of the brain, such as those observed in stroke patients, has been a slow process. One of the challenges in researching stroke and developing therapeutics, like many other types of human diseases/conditions, is mimicking the cellular interactions in an in vivo platform.

Including aged mice in these types of studies presents several advantages over other models, in that they can be genetically modified to examine the molecular pathophysiology. Furthermore, aged mice are a vital model as stroke generally affects the elderly. Aged C57BL/6J mice—both males and females—up to 78 weeks of age which is equivalent to about 56 human years, are available from JAX for use in studies, such as those for stroke.

A stroke is the result of a sudden disruption in the blood supply to the brain. Various mechanisms, including excitotoxicity, free radical release, protein misfolding, and inflammatory changes can cause neural injury or death. White matter injury, in conjunction with astrocyte death or injury, also contributes to cerebral damage, which can manifest as a loss of speech, motor function, and/or memory (Marin and Carmichael, 2018; George and Steinberg, 2015; Balkaya et al., 2013). This catastrophic event for both patients and families is the fourth largest cause of death in the US and the leading medical cause of disability worldwide (Ritzel et al., 2018; Fluri et al., 2015). From drug development and research perspectives, utilizing an in vivo model that mimics a targeted feature is more likely to yield translationally-relevant data.

A recent study by Bastian and colleagues (Bastian et al., 2018) examined whether protein kinase inhibition would protect white matter function and structure, and therefore serve as a therapeutic target for stroke patients and other neurodegenerative conditions. The authors used JAX aged C57BL/6J male mice at 12 and 20 months.

In the study by Bastian and colleagues, they investigated the use of kinase inhibitors to treat ischemic stroke-related neuronal injuries. Using aged mice, which is an appropriate model for conducting stroke research, they observed post-ischemic protection following administration of their therapeutic. As the authors note, this therapeutic may result in successful translation into clinical trials.

For nearly 90 years, JAX—a pioneer in mouse model research—has been empowering the global biomedical community with a comprehensive and innovative range of mouse models of human disease and preclinical research services. For researchers, utilizing the most appropriate model platform can be the difference between reaching a milestone and starting a study from the beginning—with a new target. JAX is committed to providing access to mouse models, such as aged C57BL/6J, to advance scientific discovery.

Visit the JAX aged B6 page to learn more about including this invaluable mouse model in your next study. 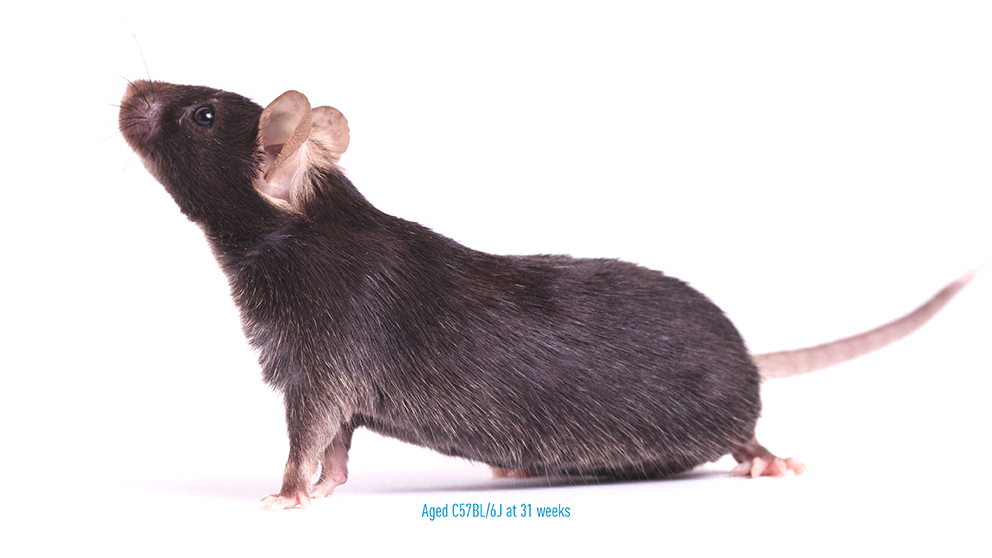