Tipping the scale toward favorable outcomes 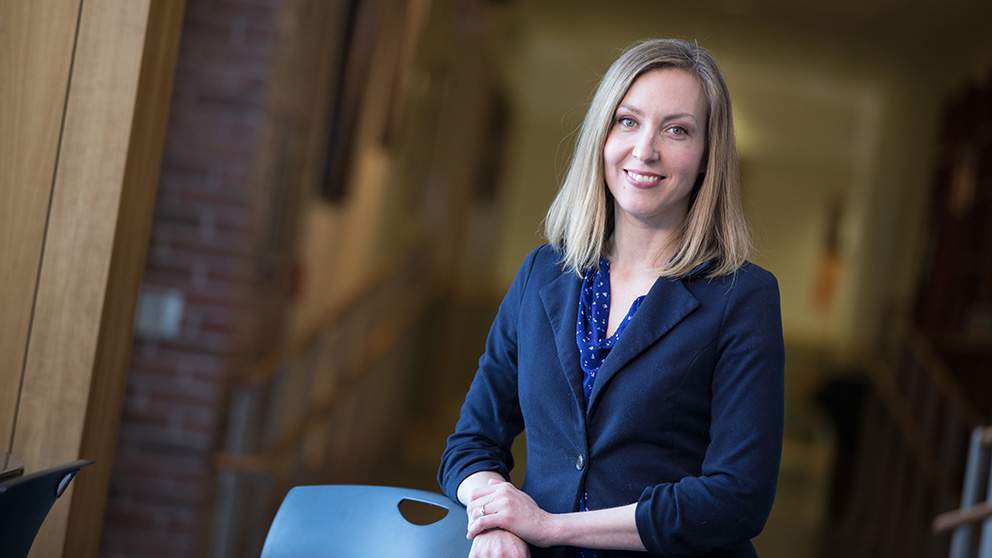 In a paper published in Cancer Discovery, The Jackson Laboratory's Jennifer Trowbridge and her team reveal the molecular signaling pathway most associated with clonal hematopoiesis and how blocking a specific cell-surface receptor in the pathway can tip the balance toward positive health outcomes.

Hematopoietic stem cells (HSCs) are essential cells in bone marrow that give rise to all of our blood cells—red blood cells and both innate and adaptive immune cells—throughout our lives. As we age, however, our cells can accumulate genetic mutations and genomic disruptions, and HSCs are no different. Some of these genetic changes can place HSCs at a selective advantage, increasing the prevalence of mutated cells in the bone marrow and leading to what is known as clonal hematopoiesis. In some individuals, clonal hematopoiesis is associated with increased health risks, including for blood cancers, but in other instances clonal hematopoiesis has been associated with reduced risk of aging-associated diseases like Alzheimer’s disease.

Not all signaling is the same

Previous research has shown that mutations in a DNA methyltransferase gene, DNMT3A, can drive clonal hematopoiesis in bone marrow. Trowbridge and her team, including Postdoctoral Associate and first author Jennifer SanMiguel, Ph.D., used a mouse model with a specific mutation in the mouse Dnmt3a gene to investigate the mechanisms underlying clonal hematopoiesis. Analyzing the gene expression differences between HSCs in the Dnmt3a mutant versus wild-type (normal) mice, the researchers found that a signaling molecule, tumor necrosis factor alpha (TNFα), had the top enriched gene signature. They also found increased levels of TNFα in the bone marrow of aged compared to young mice. Overall, the evidence shows that elevated TNFα signaling correlates with the selective advantage of both mouse and human DNMT3A-mutant HSCs.

In general, tumor necrosis factor signaling is associated with cell proliferation, differentiation, and modulation of immune responses, including inflammation. Specifically, TNFα functions through binding with two distinct receptors, known as TNFR1 and TNFR2, both of which are expressed on HSCs. To test whether the two receptors play similar roles in Dnmt3a-associated clonal hematopoiesis, Trowbridge and her team generated mice lacking either TNFR1 or TNFR2. Interestingly, in the absence of TNFR1 but not TNFR2, the mutant HSCs lost their selective advantage. On the other hand, the loss of TNFR2 but not TNFR1 reduced the proportion of lymphoid (adaptive) immune cells and increased the proportion of myeloid (innate) immune cell. A relatively high proportion of myeloid cells is associated with inflammation and accompanying negative health consequences.

Treatments that inhibit TNF signaling in general can bring severe side effects, including an increased risk of inflammation. The team found that while such a treatment does reduce the fitness advantage of the Dnmt3a mutant HSCs, it also increases myeloid cell production. Targeting a specific TNFα receptor (TNFR1) in mutant HSCs, however, may both decrease their selective advantage and increase lymphoid cell production, potentially boosting adaptive immune function. The findings suggest that TNFR1 blockade strategies may tip the scale toward favorable clonal hematopoiesis outcomes and be useful for people who are at high risk of progression to cancer and other diseases.