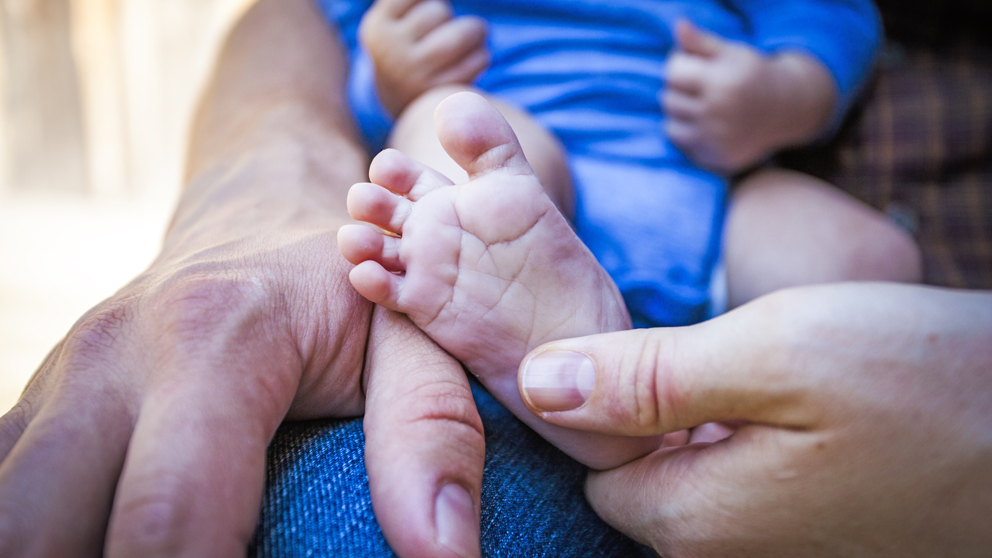 When Callum Sutphin was born in 2016, his father, George Sutphin, Ph.D., was about mid-way through his postdoctoral research at The Jackson Laboratory.

According to The World Bank, a baby born in North America today can expect to live for about 80 years, taking Callum’s generation to the end of the 21st century and beyond. But as we live longer, we become susceptible to more and more maladies, leading many people to wonder whether a longer life is really what most people want.

Sutphin studies aging — the physiological decline of all of the biological functions of our cells, tissues, and organs that ultimately leads to disease and death. His research aims not to simply put off death, but to prolong the healthy, disease-free period of our lives.

A number of diseases, such as heart disease, cancer, diabetes, glaucoma, and dementia, share a common and potent risk factor: age. No matter your genes, your diet, or your race or ethnicity, your age is the risk factor of whether you will be affected by one or more of these diseases. Sutphin points out that even if there were perfect cures for any one of these ailments, another disease on the list would instead take its toll.

Aging affects all of the cells, tissues, and organs in our bodies similarly: they lose their ability to resist damage and repair errors. Cellular damage disrupts the functions of the organs and tissues that those cells make up.

From a therapeutic perspective, Sutphin says broader health benefits would come from slowing down the aging process rather than treating the individual diseases. It’s potentially a fix-all, but he’s careful to point out that his goal is not simply to extend lifespan: surviving for 150 years is different that living an active, engaged life for 150 years. Sutphin wants to extend healthspan, the disease-free portion of our middle- and older-age.

Sutphin came to JAX to study aging because of the availability of mouse resources and expertise there, especially through the NIH-funded Nathan Shock Centers of Excellence in the Basic Biology of Aging. Led by JAX scientists Gary Churchill, Ph.D., Ron Korstanje, Ph.D., and Luanne Peters, Ph.D., JAX’s Shock Center is part of the broader Jackson Aging Center, directed by Churchill, which has cemented JAX as a hub for aging research.

“Experts like Churchill, Korstanje and Peters, and support staff, like Laura Robinson and others are among the leading researchers in the world in studying aging in mice. The Aging Center has the experimental protocols established and working.”

Sutphin had studied age-related processes in yeast and roundworms as a Ph.D. student at the University of Washington. After his doctoral training, he wanted to expand his research into an animal more closely related to humans in order to understand aging in the context of the complex and interacting systems that make up our bodies.

Sutphin had never touched a mouse before he arrived as a postdoctoral associate in the Korstanje lab. JAX’s long history as the leader in mouse genetics, along with the expertise in the Aging Center, made it the ideal place for Sutphin to undertake postdoctoral training.

Since the mid-2000s, JAX researchers have helped lead the single largest mouse aging research program, together with scientists from University of Michigan and University of Texas.

More recently, Aging Center researchers have used JAX’s collection of  Genetically diverse mouse populations reveal secrets of the genomeDiscoveries in JAX-founded Collaborative Cross, Diversity Outbred populations show value of multi-parent model organism systemsgenetically diverse mice — instead of using the homogeneous mouse strains that are often used in research — to capture the variability in how we age.

Sutphin learned the fundamentals of longitudinal aging studies from JAX’s aging experts, following individual mice over years and years to assess their health in response to a variety of pharmaceuticals, dietary, and genetic interventions.

In addition to Sutphin’s use of mice to understand aging, his research past and present makes use of another powerful animal model, the tiny roundworm Caenorhabditis elegans.

In the 1980s, research using these roundworms was the first to show that aging had a genetic basis. The discovery prompted a paradigm shift: the roundworm studies showed that a single gene, when mutated, could make an organism live longer — that lifespan was not just about avoiding accidents and disease but that it actually had a genetic basis.

There are now more than 300 genes known to affect lifespan in roundworms. This discovery opened up the possibility that the same would be true in mammals, including humans. And if lifespan and aging were controlled genetically, it was reasonable to suspect that they could be manipulated — through pharmaceuticals or other therapeutic interventions.

“The momentum had to build,” says Sutphin, “before aging could be considered something akin to a disease.”

Sutphin is interested in a particular set of biochemical reactions in cells that appears to extend healthspan. The kynurenine metabolic pathway breaks down the amino acid tryptophan — the same amino acid famous for (mythically) promoting sleepiness after eating turkey — into a range of biochemicals needed by our bodies. It’s still unclear which kynurenine products are relevant to healthspan or why.

A range of human diseases affecting the brain, liver, immune system, kidneys, and other tissues disrupt kynurenine metabolism, suggesting that therapies targeting this pathway may have broad benefits. Sutphin’s research now aims to sort out which of the kynurenine reactions are safe to target but still improve healthspan. By identifying the biochemical products of those reactions, how they interact with other parts of the aging machinery, and the particular organs or tissues in which they work, he can define a precise anti-aging — or healthspan-extending — target.

Sutphin exploits the unique advantages of both roundworms and mice to define those intervention points. The roundworms are tiny — roughly 1 mm from head to tail — so he can study hundreds in a single petri dish.

The normal roundworm lifespan is less than a month, so it doesn’t take much longer to discover genetic or environmental changes that make the worms live longer. (In contrast, an average mouse lives for two to three years.) The catch is that the roundworms are really different from humans, so it’s hard to say whether what is true in them will be true in us.

That’s where the mice come in.

With the support of JAX’s Shock Center leadership, Sutphin received a prestigious JAX Scholar award for his postdoctoral research and training. The award provided him with an independent research budget, which, in addition to helping fund his research, also helped him to learn more about lab management.

“As a postdoc, you generally don’t get much experience with things like budgets. The JAX Scholar award helped to start dealing with that side of things. I was able to interact with the JAX leadership in a professional capacity. I gained an understanding of how an institute works.”

Sutphin sees the benefits of this experience as he takes up a position leading his own research group at the University of Arizona. He is now an Assistant Professor in the Department of Molecular and Cellular Biology and the BIO5 Institute. The University of Arizona is focusing more and more on aging research.

“The broader scientific community is becoming increasingly aware of aging as a primary context for understanding disease and the underlying cellular processes,” notes Sutphin. The NIH is also interested, having established a geroscience program spanning numerous disease areas.

“Aging is going to be a bigger deal going forward,” predicts Sutphin.