The agouti yellow mutation in KK.Cg-Ay/J mice causes type 2 diabetes and moderate obesity.  Like the db and ob strains, both Ay/a sexes (yellow fur) are diabetic, but unlike those monogenic models wildtype a/a mice (black fur) are also partly affected because of the permissive KK/J genetic background. 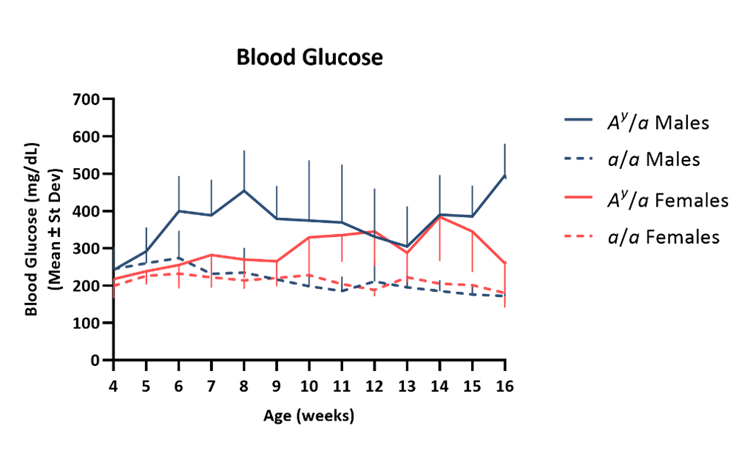 Table 1. Distribution of glucose values. The glucose values from Figure 2 are grouped to indicate the percentage of mice in each range. 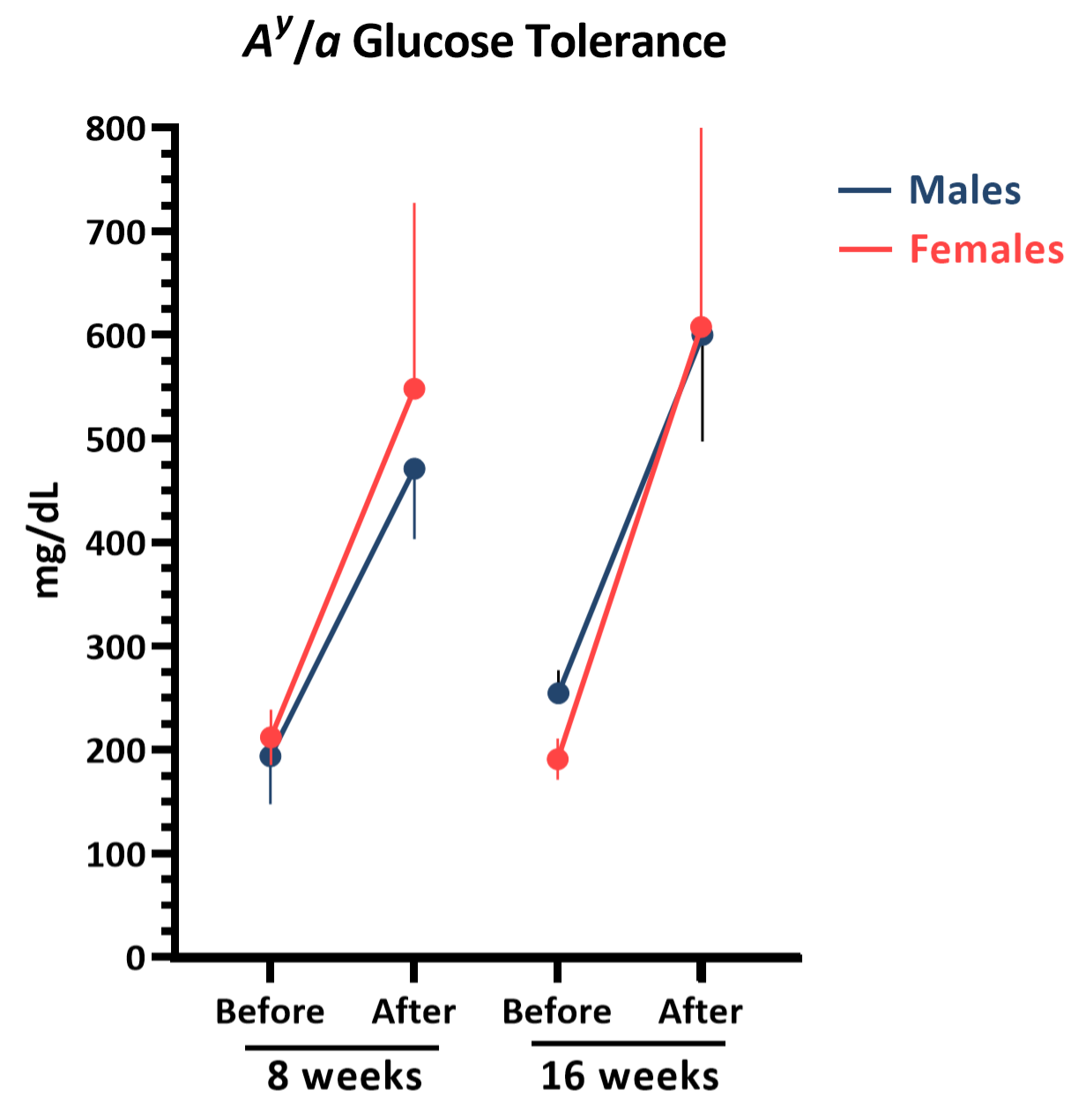 Figure 3 Glucose tolerance test. After a 16 hour fast, serum was collected from Ay/a submental blood for an initial glucose reading (“Before”) and mice were then administered glucose by IP injection at 2g/kg body weight. Serum glucose was measured after 120 minutes (“After”). Values represent mean and one standard deviation of 4-5 mice per group. No significant differences between males and females were found in Before or After values when each age was analyzed separately by 2-way repeated measures ANOVA with Sidak multiple comparisons test (GraphPad Prism 9.1). 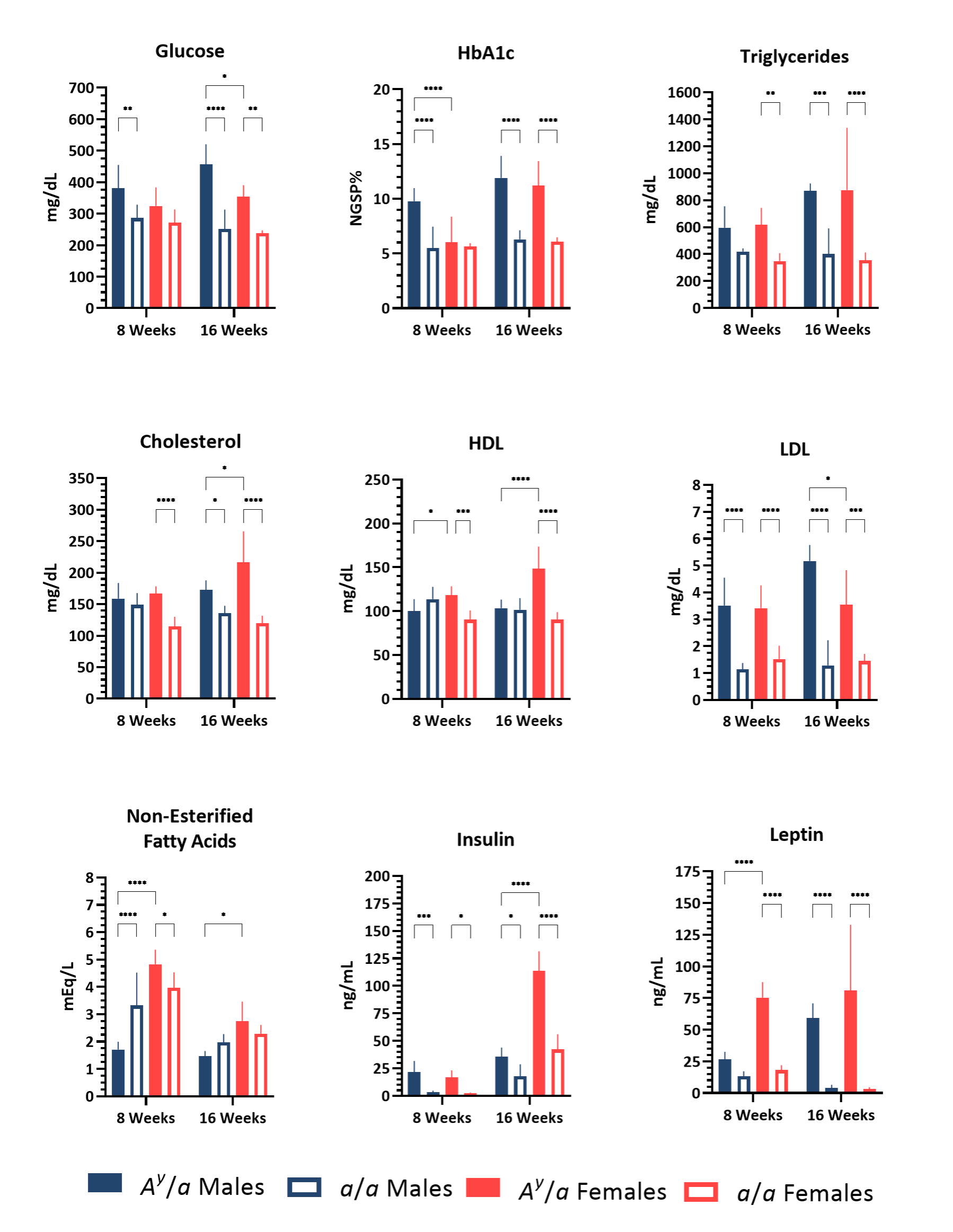