Male and female C57BLKS/J mice with the leptin receptor mutation (BKS-db; BKS.Cg-Dock7m +/+ Leprdb/J) develop type 2 diabetes with phenotypes that include: 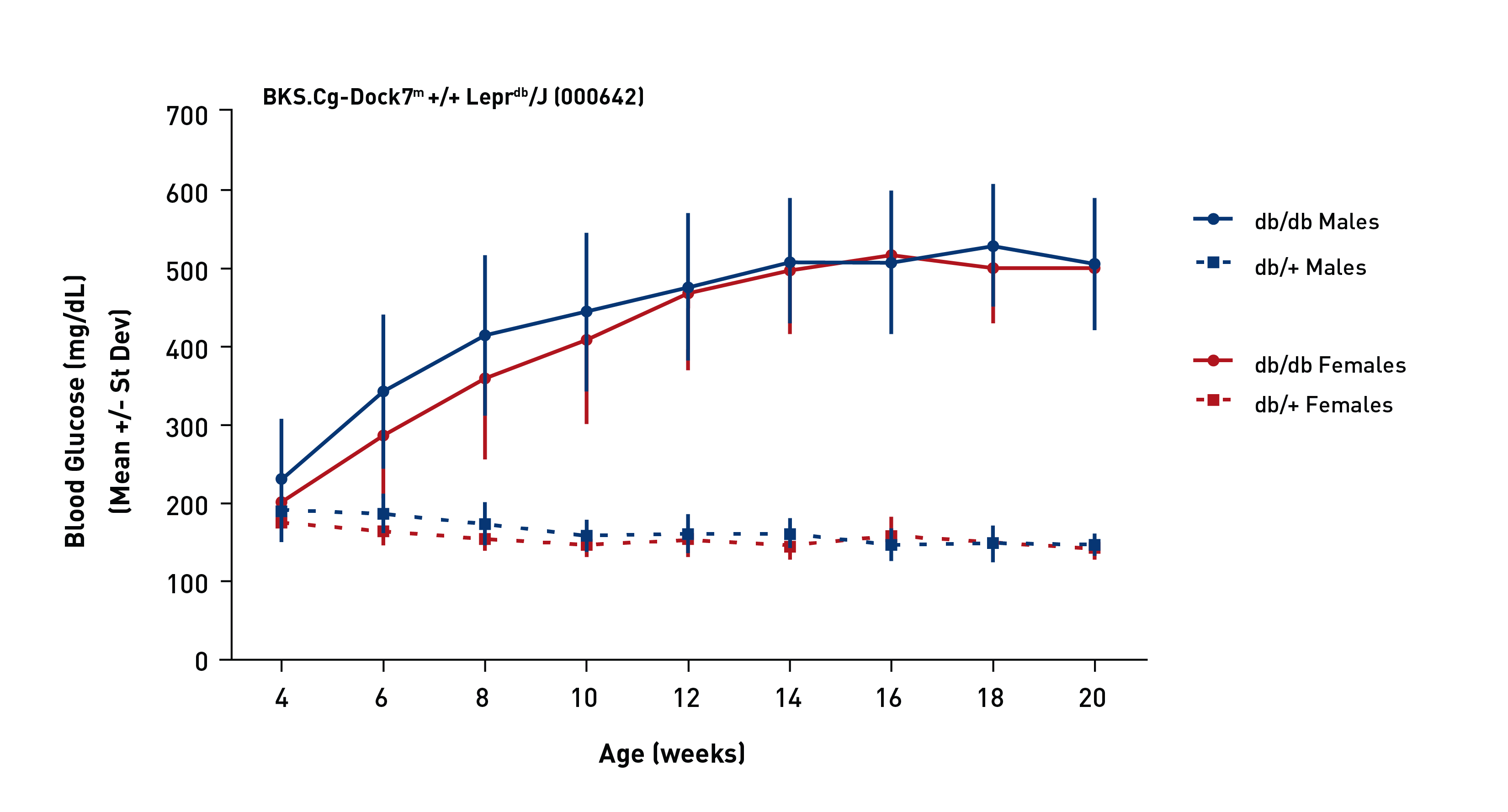 Figure 2 Nonfasted glucose. Blood glucose levels in male and female db/db and db/+ mice measured every other week.  Submandibular blood glucose measurements were obtained using a OneTouch Ultra 2 or UltraMini hand-held glucometer that was validated with a control glucose solution on each day of use.  Values represent mean and one standard deviation.  Glucose levels of +/+ mice were similar to db/+; complete results are available in Mouse Phenome Database.

Figure 3 Glucose tolerance tests. Blood glucose levels during glucose tolerance tests (GTT) at 8 weeks in males (left) and females (right). Following a 16 hour fast, an initial submandibular blood glucose reading was taken and mice were administered glucose by IP injection at 2g/kg body weight. Blood glucose was measured in 30 minute intervals. Values represent mean and one standard deviation of 20 mice per diet and time point. Any result exceeding the maximum reading of the meter was recorded as 600 mg/dL. GTT performed on mice at 16 weeks gave similar results (not shown).

Table 1 Distribution of db/db blood glucose values. The blood glucose values of db/db males and females shown in Figure 2 were grouped into ranges. Rows indicate the percentage of mice in the indicated ranges, with the exception of the final row that states the number of mice tested at each age.

Table 3 Clinical Chemistry. All values were measured from serum collected from submandibular blood except HbA1c, which was measured from submandibular whole blood. Values represent mean and one standard deviation of 10-20 non-fasted db/db mice and 5-10 db/+ & +/+ mice per age and sex. Results were obtained using a Beckman Coulter AU680 chemistry analyzer. Results were analyzed by age and by sex using two-way ANOVA with Sidak’s multiple comparisons test to identify values that differed significantly between genotypes, using GraphPad Prism version 7.04 for Windows (GraphPad Software).

Our Breeding Services makes managing your mouse colonies easy and affordable. We'll make sure you get the mice you need when you need them.