Remember, Only YOU can Prevent Genetic Drift

What is genetic drift?

Do any of the following scenarios sound familiar?

If you answered along the lines of “hmm, that sounds like us…” to any of the above, your experiments may be in danger of the effects of genetic drift.

Genetic drift refers to spontaneous changes in genomic DNA that can arise in any generation of mouse breeding. Drift comes in the form of DNA replication or repair mistakes that get passed on in the germ cells.

Drift can happen in small, seemingly insignificant ways. It can also happen abruptly and with tremendous impact. When it does happen, it can change the phenotype of the strain and your experimental results. Sometimes you know it’s happened. Most of the time, you don’t.

But, is genetic drift harmful?

It depends on who you ask, but you can safely assume that most researchers don’t want their mouse genomes to drift.

The black mouse with the little white spot (Example 1) is an easy visual cue that drift occurred in your colony. You might think that this coat color change isn’t a big deal, however, some coat color mutations have other phenotypic consequences like changes in immunity or fertility (Figure 1).

Figure 1. These Kit mutations arose spontaneously in different breeding colonies in the 1930’s and 1940’s. Aside from the visible defect in pigment formation, mutations in the Kit gene can cause defects in immunity and fertility.

Also, what if the drift that occurred didn’t cause an obvious phenotype? Here is a real example; a lab at Harvard didn’t plan on being side-tracked for several years when drift arose in an inbred strain they were using.  They thought they were studying the role of a gene called Siae, but they were actually studying the effects of a Dock2 copy-number variant, a mutation that arose through genetic drift in the colony of C57BL/6NHsd mice maintained at Harlan Sprague Laboratories (now Envigo Biosciences) – a C57BL/6N substrain they used for many years.

Sure, genetic drift isn’t as acutely dramatic as your lab suddenly burning down, but the insidious consequences of genetic drift on experimental reproducibility are far-reaching and long-lasting.

How fast do genomes drift?

Through genetic drift, mouse genomes change enough in 20 consecutive inbred generations to be considered substrains of each other. Twenty inbred generations can occur over a course of about five years, which happens quickly in terms of experimental reproducibility. No one wants to be in a situation where what worked in the last grant cycle may not be working now because of drift.

For those of you sharing mice with colleagues (Example 2), be aware that the source of those mice matters. If you typically get your FVB mice from JAX and your friends in another lab get their FVB mice from another vendor, these FVB mice are different substrains and would be expected to have very different genomes. Even if you and your friend both started your FVB colonies from mice at JAX, your colony and their colony have been maintained in isolation from each other; those years of breeding independently are additive in terms of the accumulated genetic differences, and therefore could be different substrains that will not give identical results (Figure 2). 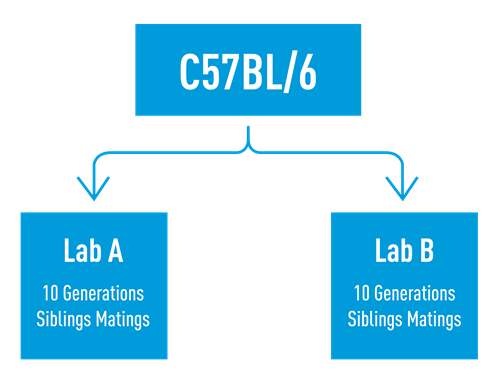 Figure 2. Mouse substrains develop after 20 consecutive generations of inbreeding. While these labs have not surpassed 20 breeding generations individually, Lab A and Lab B are separated from each other by 20 generations and could give differing experimental results.

How do I stop drift from happening? Is science doomed?

You can’t. Well, not really.

And no, scientific discovery isn’t doomed, as long as you do something pro-active about drift.

The only way to stop drift completely is to stop breeding mice (which isn’t going to work very well if you want to continue using mice as a model organism). For long-term maintenance and for insurance purposes, consider cryopreserving your mice. If drift occurs, you will be able to recover the strain, and your original phenotype, from frozen stocks.Another option is to “refresh” the genetic background of the strain by backcrossing to the appropriate inbred or hybrid genetic background. In the knockout breeding colony (Example 3), the risk of drift is reduced if you refresh the genetic background of the strain every 5-10 breeding generations. Certainly, you will only know when it is time to refresh if you keep track of pedigree information and the number of inbred generations that have occurred. To ensure you have the sex chromosomes covered in your refresh, try this backcrossing method (Figure 3): 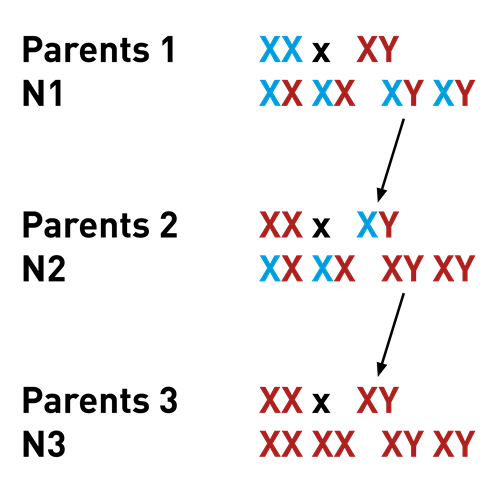 Figure 3. To ensure the sex chromosomes are appropriately backcrossed or refreshed to minimize drift,

Of note, the refresh is only going to help if you are using an inbred mouse strain from a trusted vendor with a colony management strategy to reduce the impact of genetic drift on their colonies, such as our Genetic Stability Program.

It takes a while to refresh and backcross your strain properly, but you’ll be ahead of the game by ensuring that your colony’s genome is stable and that your experiments are reproducible over time.

Last, too many scientific publications lack key information on how the study was designed, conducted and analyzed. Always report proper strain nomenclature and include detailed descriptions of your breeding strategies when you publish the results of your work. You won’t stop genetic drift from occurring, but you will help improve the reproducibility of your work by including details such as substrain and colony management strategies, best practices that benefit the entire scientific community.

Want to learn more about managing genetic drift in your colony? Download our manual or check out this webinar. If you’d rather we worry about genetic drift, JAX can breed your colony and send you experimental cohorts as often as you like.